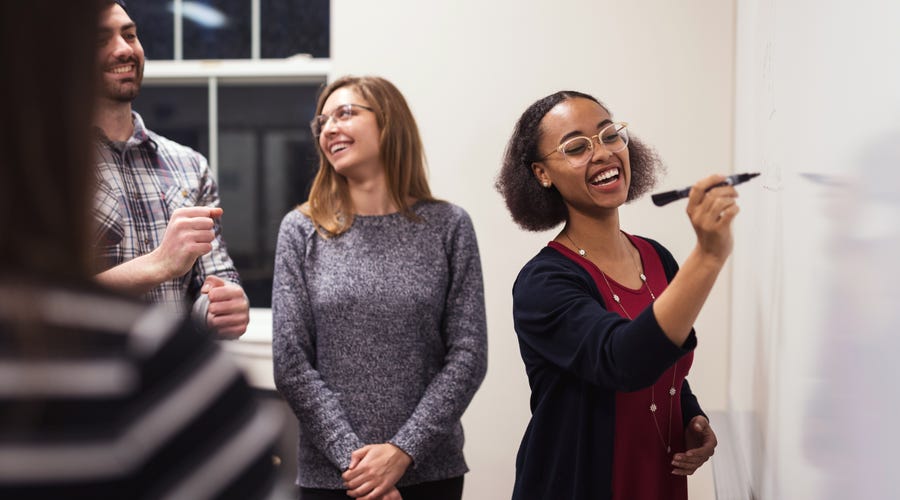 Toponyms, exonyms and endonyms: how to translate city names

Have you ever wondered whether to translate the name of a city? Knowing how to distinguish between when to do it and when not to is one of the many communication challenges we face when we speaking in a foreign language. Luckily, there are a series of rules and recommendations that are intended to solve our doubts.

A general rule only for exonyms

A toponym is the given name of a place, but what happens when we have to mention a place in another language? In the case of cities, their names are classified into exonyms and endonyms. On the one hand -according to the Fundéu, the Foundation of EFE News Agency and the Royal Spanish Academy (RAE) for the proper usage of Spanish in the media-, an exonym is the name of a toponym translated into a foreign language. This is the case of 'Nueva York' in Spanish, which comes from the English name ‘New York’. An endonym, on the other hand, is the name of the city in its original language. In this case, the endonym would be 'New York', the name of the city in English without translation.

The translation, or not, of toponyms generates much debate among the population. However, the only rule when translating is that if an exonym exists, it should be used. So we should only translate city names in those cases where an official translation exists. This is usually the case when talking about important or historical cities. In these situations, we should use the exonym. That is why in Spain citizens usually say 'Nueva York' instead of 'New York' and 'Londres' instead of 'London'.

And when there is no exonym?

On the other hand, if there is no official translation, there is no room for doubt. When we are speaking, in cases where there is no exonym, only the word in the original language may be used. When writing, the recommendation is also to use the original name, but using italics and adding a clarification in square brackets or as a footnote whenever possible.

What if the languages do not share the same alphabet?

The communicative challenge is intensified when two people do not share the same alphabet. In these cases, the translation of the toponym is usually a phonetic representation of the name used in the original alphabet. However, some names have generated confusion in recent years. This is the case of the capital of China, known in Spain both as Beijing and Pekín. Although the two expressions are correct, the RAE recommends using Pekín. Beijing began to be used after the Olympic Games, as the authorities used that name and it came to be commonly used. Over time, Spanish citizens have returned to the traditional phonology and the name Pekín has been recovered.

A challenge that extends between co-official languages: Lleida or Lérida?

Spain is a country with a great cultural richness thanks to its linguistic diversity. Six official languages coexist among the population (Spanish, Catalan, Valencian, Galician, Basque and Aranese) among which translating or not the place names is also a challenge and often a point of some social disagreement. Again, according to Fundéu, the recommendation is to use the word translated into Spanish, such as ‘Lérida’ or ‘Gerona’, which come from the Catalan given names, ‘Lleida’ or ‘Girona’. On the other hand, in official state-level documents, such as letters to the Administration, the organization recommends writing city names in their corresponding language, so we would be using 'Lleida' and 'Girona'.

The influence of the socio-political context on the Ukrainian War

In recent months, the debate has been reopened on whether or not to strictly follow linguistic rules when the political context changes. After the Russian invasion of Ukraine began, the Association of Ukrainian Hispanists raised concerns about how Ukrainian place names were translated into other languages. In many languages, transliteration of Ukrainian city names has historically been done from Russian, as it is a commonly used language in the countries that were part of the Soviet Union.

For this reason, when the war broke out in February, journalists from the Spanish media replaced the word 'Kiev' with 'Kyiv', since 'Kyiv' is what the name of the city actually sounds like in Ukrainian. In this case, we are dealing with an issue with a political connotation in which, for obvious reasons, many media chose to modify this exonym out of solidarity and closeness to the Ukrainian people. In any case, the RAE continues to recommend the use of the word 'Kiev', since 'Kyiv' includes a 'y' with vowel value inside the word, which is a feature foreign to the Spanish language.

For more information about learning a language online or joining an online language class, contact us.

How does knowing more than one language affect your identity?