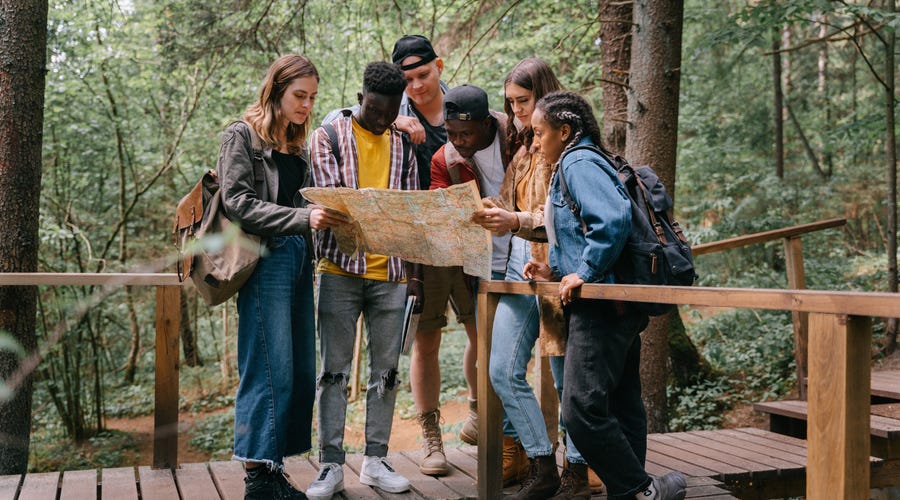 Does the learning styles theory apply to language learning?

You may have heard of the learning styles theory, which categorizes people according to one of four primary learning styles: visual, auditory, kinesthetic, or tactile.

You may even know your own learning style or remember a teacher or caregiver telling you which one fits you best. But what evidence is there for this theory, and does it apply to specific areas of learning, such as foreign language learning? The short answer is: proceed with caution.

What are learning styles?

Learning styles theory was first developed in the 1970s and has many variations. The version you’re probably most familiar with is Neil Fleming’s VARK model, which stands for Visual, Auditory, Reading/Writing, Kinesthetic. Fleming was an instructor from New Zealand who worked in faculty development for many years.

He created VARK after serving as a senior inspector at high schools around the country, observing what did and didn’t work in classrooms. VARK became internationally known and was implemented in schools across the globe for several decades. According to the theory, students who process information best in one modality should also learn in that modality: for instance, an auditory learner should learn vocabulary through acoustic training, while a visual learner should use flashcards or images that reflect a word’s semantics. A reading/writing learner would benefit from pouring over textbooks and taking notes, while a kinesthetic learner would benefit from building models of concepts or otherwise interacting with physical objects they can touch. Students are either born with a specific learning style, passed down genetically, or they develop the style in youth.

A 2009 study showed that 82% of trainee teachers in the United Kingdom supported the learning styles theory, and in 2016 that number was 96% among preservice teachers in Turkey. Unfortunately, as we’ll see below, the theory has been debunked as something of a myth.

What is the evidence for learning styles?

Despite its popularity over the past few decades, the learning styles theory has been criticized by the scientific community, and the general consensus is that it is not founded on solid evidence. Several thorough reviews of the research literature in the mid-2000s found no evidence that matching instructional methods to the declared learning style of individual students improved their learning.

“The identification of supposed student learning style does not appear to influence the way in which students choose to study and does not correlate with their stated preferences for different teaching methods,” write educational psychologists Philip Newton and Atharva Salvi at the Swansea University Medical School.

Other researchers and educators have even suggested that the theory could be harmful to student learning, as it tends to pigeonhole students into categories and limit educational possibilities. “For example, a student who is categorized as an ‘auditory learner’ may conclude that there is no point in pursuing studies, or a career, in visual subjects such as art, or written subjects such as journalism and so be demotivated during those classes,” Newton and Salvi explain.

They might also expect to be especially successful in areas that match their learning style, such as a musical career in the case of an auditory learner, and then be discouraged when their dreams don’t pan out. Teachers may waste time creating several versions of learning materials catered to students with different learning styles, only to find that those students’ grades do not improve as expected. 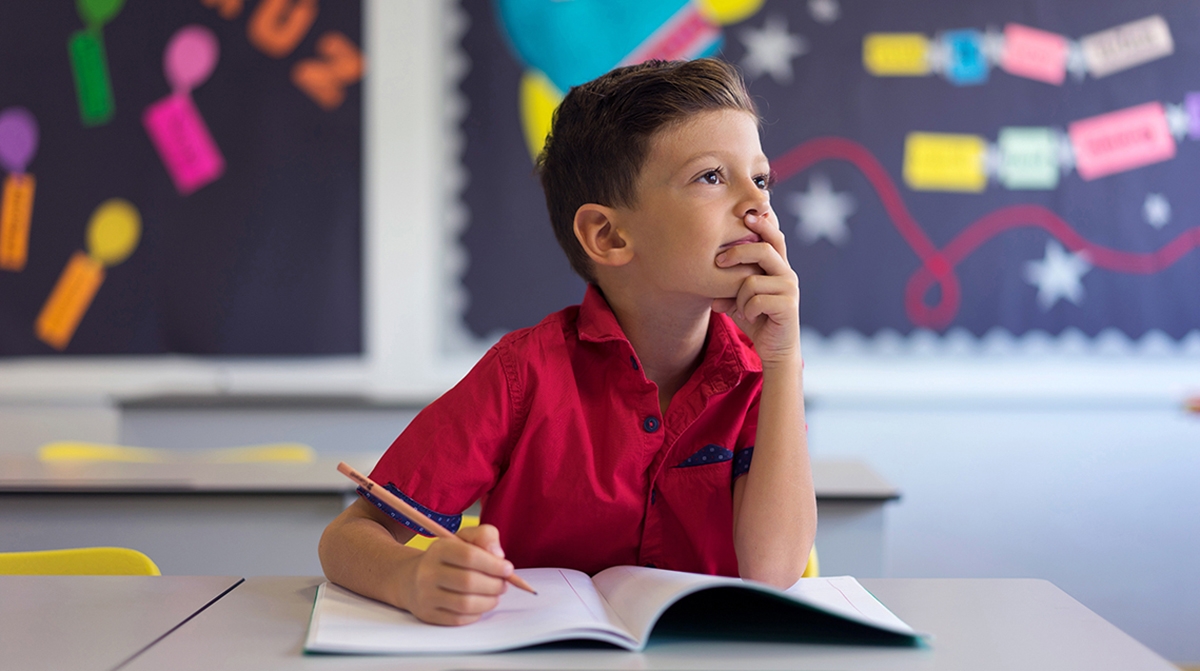 What are task styles?

Educational researcher Daniel Willingham thinks we may just be thinking about learning styles the wrong way. In his opinion, the approach to learning should depend on the task at hand, not the student. In other words, students may not have inherent learning styles, but rather the topic or task at hand may be best suited to a visual, auditory, writing/reading, or kinesthetic approach. He calls these task-dependent learning styles.

A few recent studies support his point. For example, when people were asked to navigate virtual cities, those who self-identified as verbal learners showed better recall for landmarks, but those who self-identified as visual learners were able to use their sense of direction more precisely. In the second part of the study, however, researchers asked participants to switch, “acting like” a verbal or visual learner. What happened was the participants performed best according to which approach best suited the task.

“Thinking verbally helped with landmarks,” Willingham explains, “and thinking visually helped with direction.” So performance didn’t depend, in the end, how participants defined themselves. It depended on how they approached the task.

Is there any hope for learning styles when it comes to foreign language learning? Neuroscientist Manuela Macedonia, who is associated with Johannes Kepler University in Austria and the Max Planck Institute for Cognitive and Brain Sciences in Germany, studies learning styles and vocabulary acquisition in foreign language learners by looking at the brain. In her opinion, the human brain just isn’t designed to learn vocabulary through a single modality.

“The natural way for the brain to learn words is by collecting multiple sensory and sensorimotor experiences,” she writes. “Evidence-based literature in the domain of vocabulary acquisition demonstrates that the inclusion of multiple modalities leads to best results.” 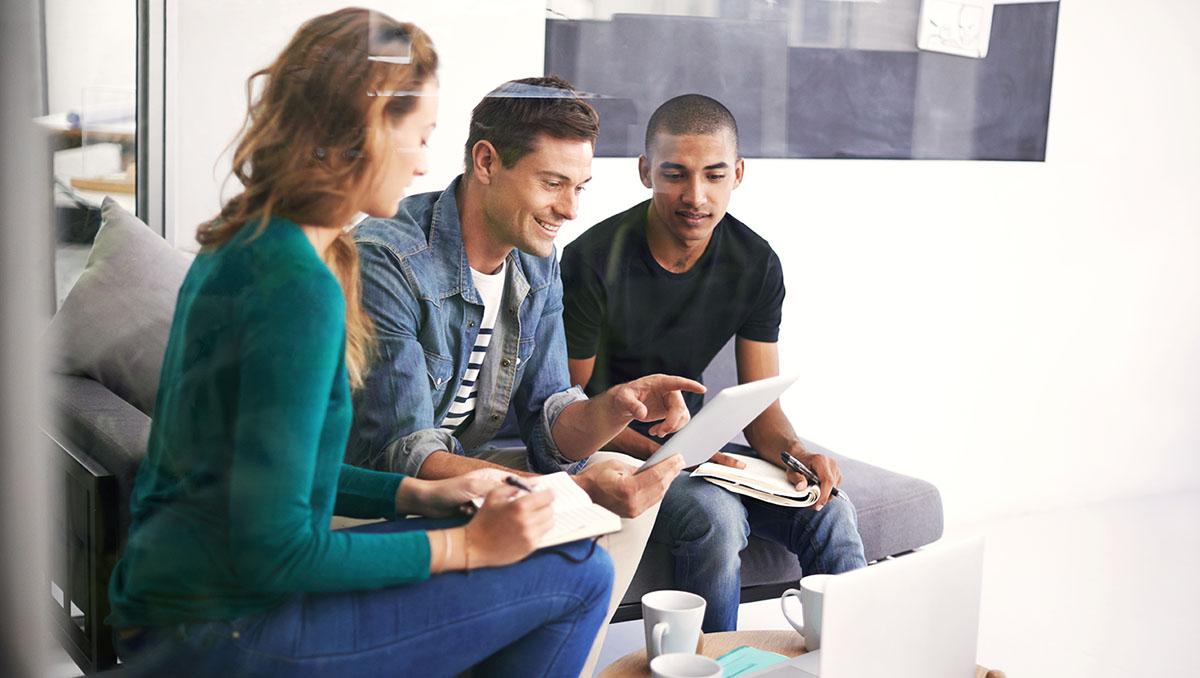 Take the German word Himbeere (raspberry), for example. If learners hear this word and read it, the auditory part of their brain will analyze and store the sounds. Another part of the brain, the left fusiform gyrus, will process the letter sequence and memorize it. If learners hold a real raspberry in their hands, many sensory inputs will reach their brains. Smelling will activate the piriform cortex, tasting will activate the anterior insula, exploring the texture of the berry will create patterns of the texture in somatosensory regions, and grasping and holding the fruit will map patterns onto the motor cortex. At this point, writing the word Himbeere and/or drawing the fruit will engage visual and motor regions. “Hence, the concept of the raspberry and its German label Himbeere will be represented in the brain with large experience dependent sensorimotor networks,” Macedonia explains.

Despite the fact that foreign language education has focused in recent years on learning styles, she says, the evidence from cognitive science just isn’t there.

“Having a particular learning style would imply that one region of the brain or network(s) selectively processes the information, i.e., more or better than another, and therefore is in a way ‘dominant’ over other regions. However, there is no scientific evidence that the brain does this.”

In fact, the opposite seems to be true, which may be of note to educators: the more networks and regions of the brain are recruited by learning a word, the better chance that word is remembered. This is because the networks create a safety net of sorts—if one modality (e.g., the sound of the word) fades from memory, another (e.g. the visual image) can be recruited in its stead. It appears that when it comes to foreign language learning, VARK is best applied as a multi-modal style rather than an individual style. We seem to benefit from using all modes—visual, auditory, reading/writing, kinesthetic—not just one. Many studies support this idea, showing that we retain vocabulary better when it’s paired with images and gestures as opposed to simply reading on a page or simply paired with images. The more modalities, the better.

Even as children learning our first language, we not only learn acoustically or visually but rather collect multiple sensorimotor experiences related to words. “Hence, it stands to reason that in L2 lessons, ‘learning style specific’ input, i.e., only acoustic or only visual, can by no means facilitate learning,” Macedonia says. “Instead, it is possible that learning according to one's presumed learning style hinders learning.”

Another issue with learning styles is that they are typically determined by self-reports: “In self-reports, subjects might lack introspection, and yes or no answers on personal experiences may not mirror reality.”

It’s best to avoid these kinds of biases in learning, as they limit what we believe we can achieve.

Learning styles theory is appealing because it is simple, Macedonia says, but we need to be heedful of pseudoscience: “We do have knowledge on learning processes, and this knowledge should flow into foreign language learning practice,” she says. “A basic education in cognitive neuroscience would prevent L2 teachers from becoming a soft target for pseudoscientific theories.”

Just like the right-brain-left-brain myth, learning styles theory misleads educators and students into thinking in black-or-white terms when the reality is much more complex. According to cognitive science, if you want to ace your next language course, the best way to do it is to become a master of all styles: auditory, visual, reading/writing, and kinesthetic.

Hear, see, read/write, and touch what you’re learning about to make more sensory connections, thereby improving learning and memory. Your brain will thank you for it.

How to be more mindful to boost your language learning success