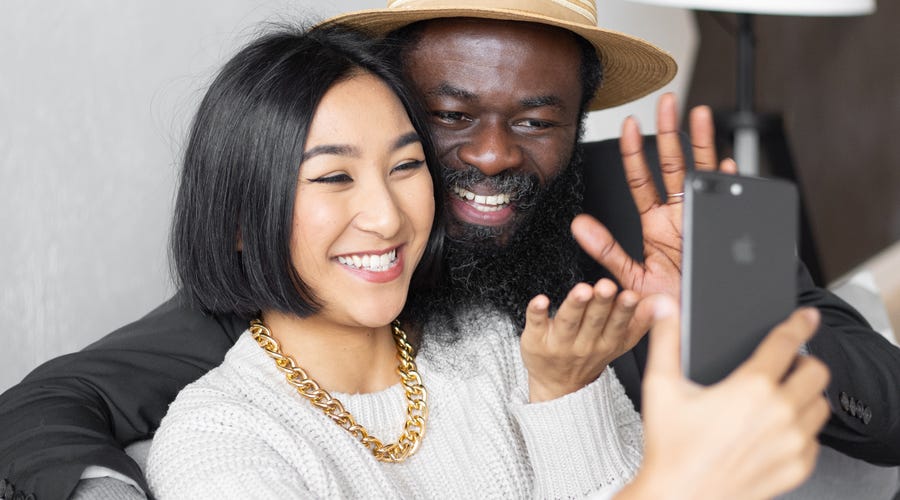 81 cool, common and quirky ways to say goodbye in English

Saying “hi” and “goodbye” is the first thing you learn when studying any foreign language. But have you ever stopped to think about why it’s important to learn different ways to say goodbye in English?

It's not just a matter of polite manners, but rather a matter of language culture. One expression may be reserved for family and close friends, while another could be used with someone you met only once or twice.

Just like hello in English, saying goodbye is a very important part of communication, and there are many different ways to say it. While there are many creative and funny ways to say goodbye in English, it's important to know the right one to use in different situations and contexts. You don't want to offend someone by being informal when you should be formal or visa-versa.

And if you want to master how to say goodbye in over 100 different languages, we've got a blog for that too, of course.

Firstly, how do you actually say “goodbye” and “bye” in English?

The most common way to say goodbye in English is simply “goodbye” (pronounced: gud-bai). This is a neutral way to end a conversation, a phone call, or when you’re exiting a place. The good news is that you can never go wrong when using this word to say goodbye, especially in formal situations. You can say it to your boss at the office or your overly polite aunt at a family dinner.

You’ve probably also heard English speakers use expressions such as “bye” or “bye-bye,” which are both informal abbreviations of “goodbye.” These two expressions are more suited for casual settings. You can use either one of them to end a phone conversation with your talkative girlfriend or say goodbye to your 7-year-old nephew after playing Minecraft with him for three hours.

80+ other ways to say goodbye without saying goodbye

“Goodbye,” “bye,” or “bye-bye” aren’t the only ways to say goodbye in English. In fact, if you always use one of these three expressions to end all of your conversations in English, they’ll seem unnatural and, frankly, quite strange!

So, help us help you avoid socially awkward conversations and read this list of ways to say goodbye without saying goodbye.

Knowing what expressions to use in formal situations is one of the most important things to learn, not only when it comes to vocabulary but also in terms of culture. In some English speaking countries, politeness is fundamental, and people can be extremely polite (if you’ve ever been to England, you know what we mean).

For example, a simple thank you in English is enough to end the interaction when leaving a supermarket. But in case you’re leaving a business meeting, you might need to have a few useful expressions up your sleeve to make a lasting impression. 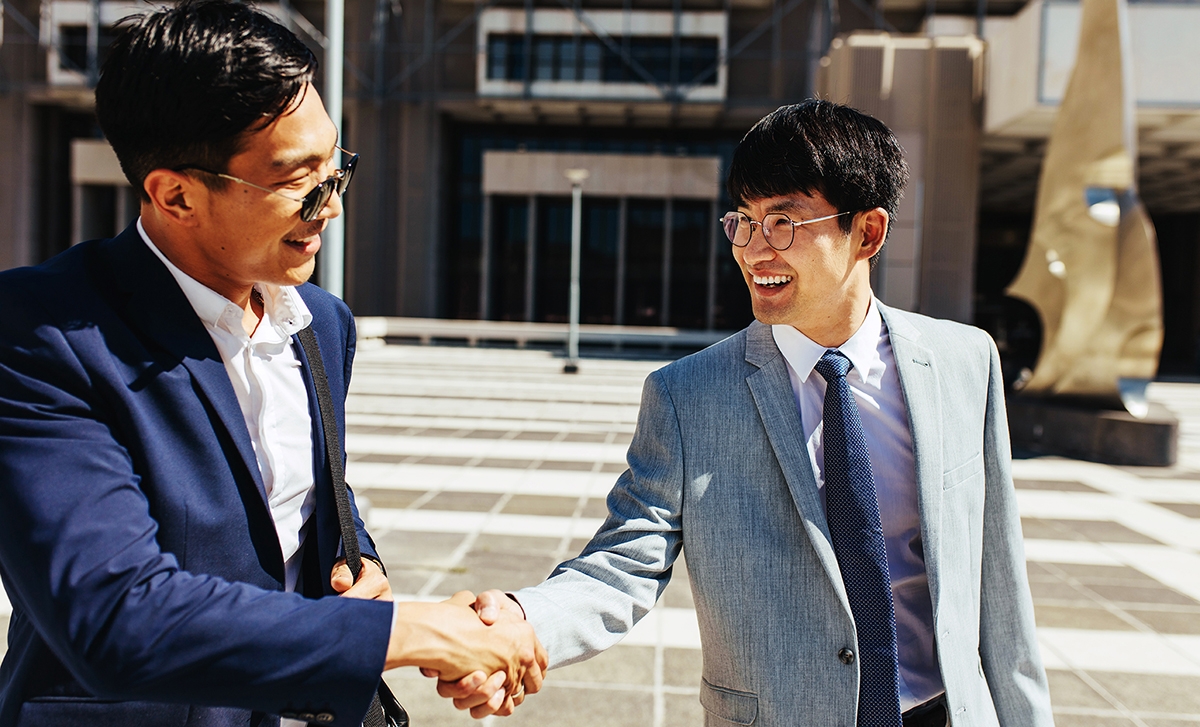 So, let’s take a look at some ways to say goodbye in English formally.

How to say goodbye in English casually or with friends

Saying goodbye in an overly formal way to your friends would probably cause quite an awkward situation. They might even think you’re being sarcastic or trying to show off!

So, here are a few practical ways to say goodbye casually for after-work parties and Sunday family dinners. 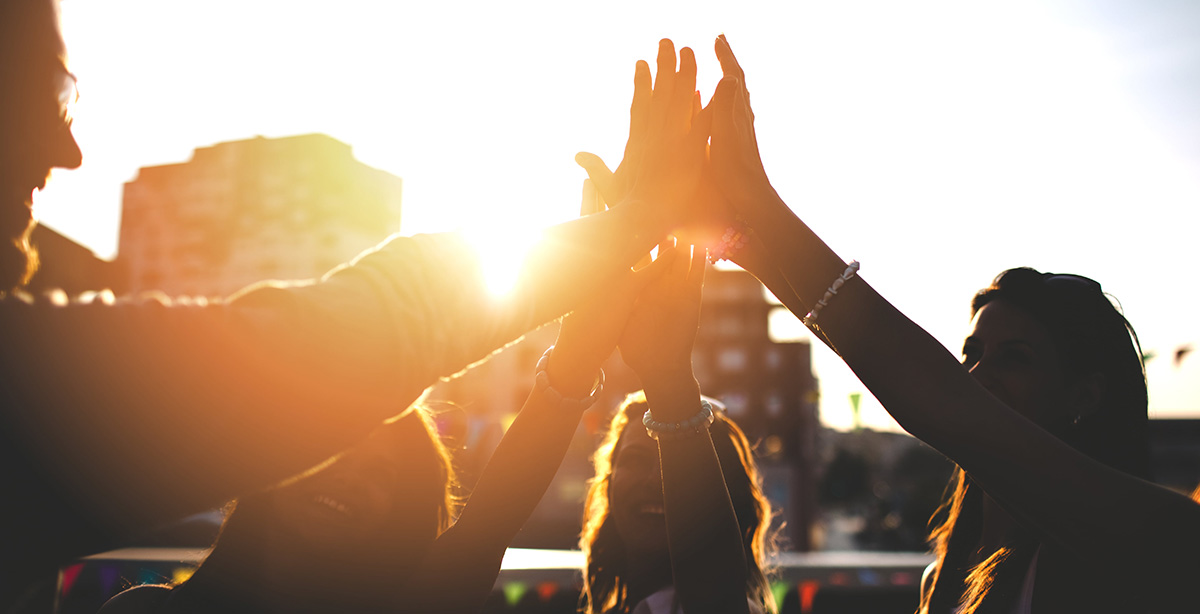 How to say goodbye in slang

If you need to use an even more casual expression, or you’re looking to understand your friend’s 16-year-old son, you’ll need to get familiar with some phrases from English slang. And speaking of slang expressions, you can learn a whole heap of American slang expressions for everyday use here.

Here are 10+ ways to say goodbye in slang. 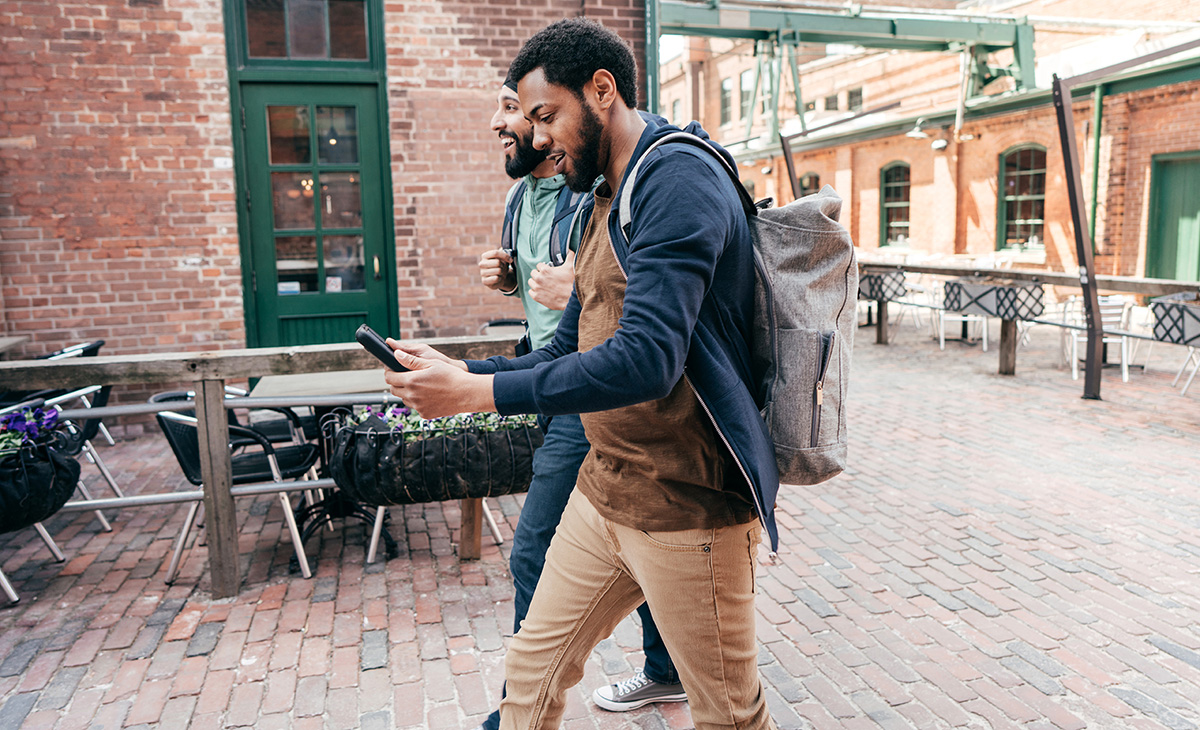 How to say goodbye on the phone

Saying goodbye on the phone is slightly different than when you’re leaving the office at the end of your workday or excusing yourself from a family dinner.

Here are a few phrases you can use to end a phone conversation. 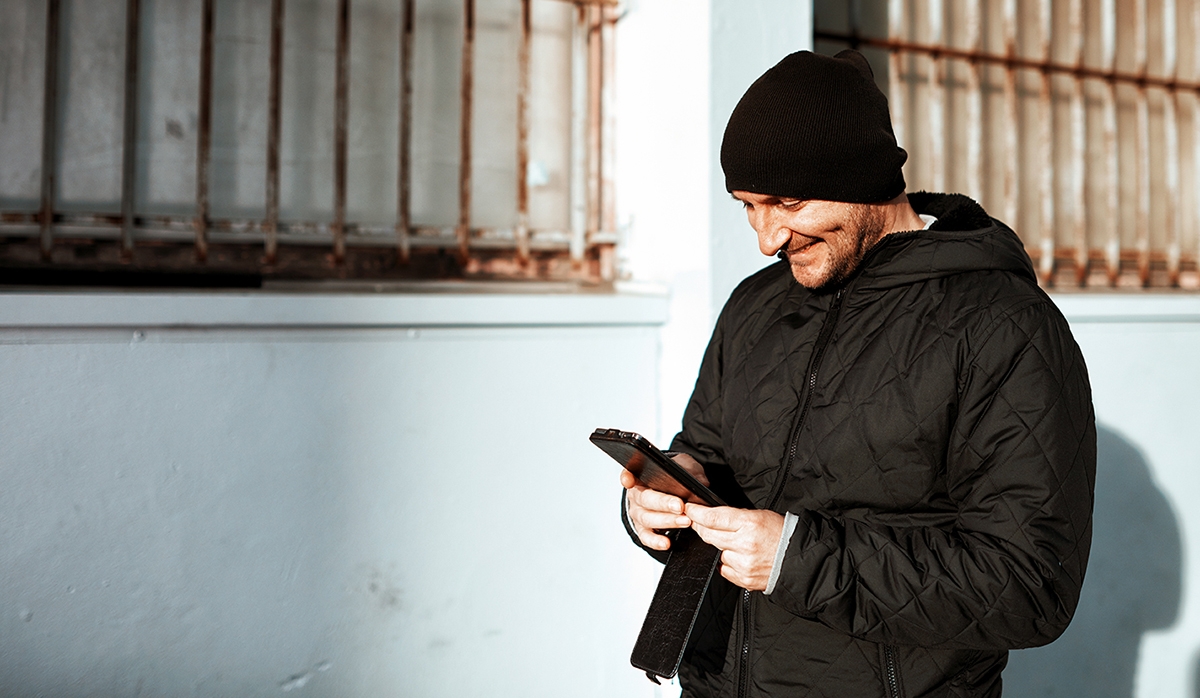 How to say goodbye in an email

Do you know this moment when you hover over the “send” button, wondering if you’ve ended your email appropriately? Emails are an important form of communication, especially in formal settings. Committing an email etiquette faux-pas can have huge consequences!

This is why it’s essential to learn how to end an email for every occasion. But don’t worry! We’ve got you covered with our list of 12 phrases you can use to say goodbye in an email. 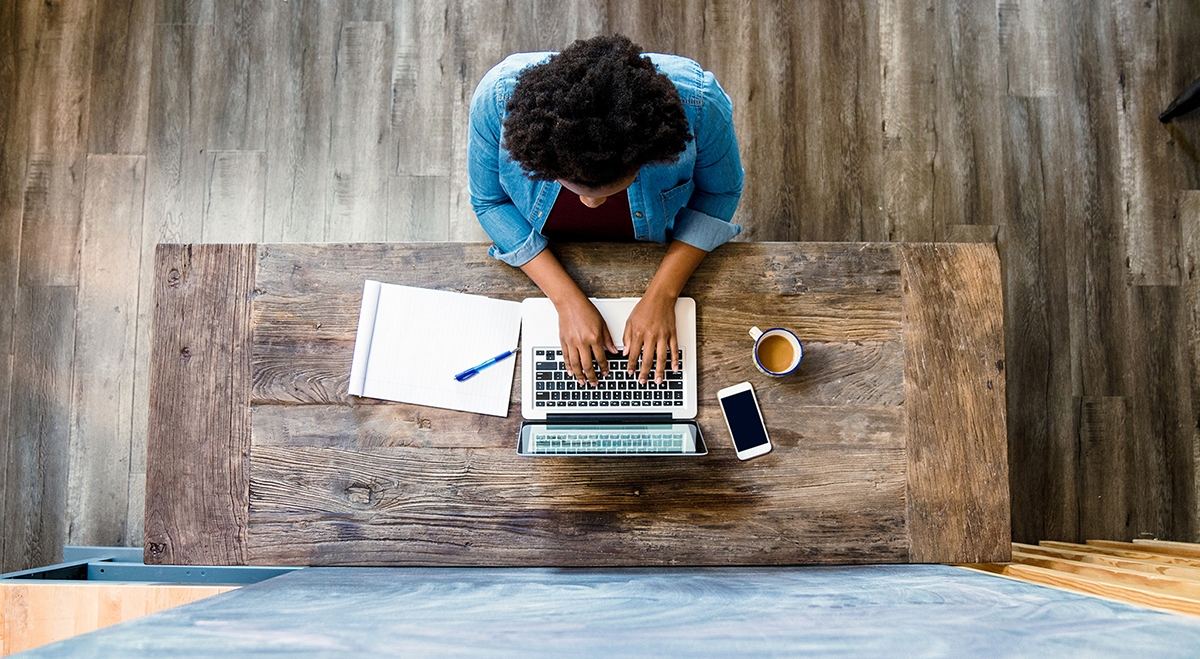 How to say goodbye in a text or online chat

We text, you text, everybody texts! And since texting has become such a popular way of communication, the English language has had to adapt to it. Instead of typing long phrases, the cool kids are now using 3 or 4-letter abbreviations. 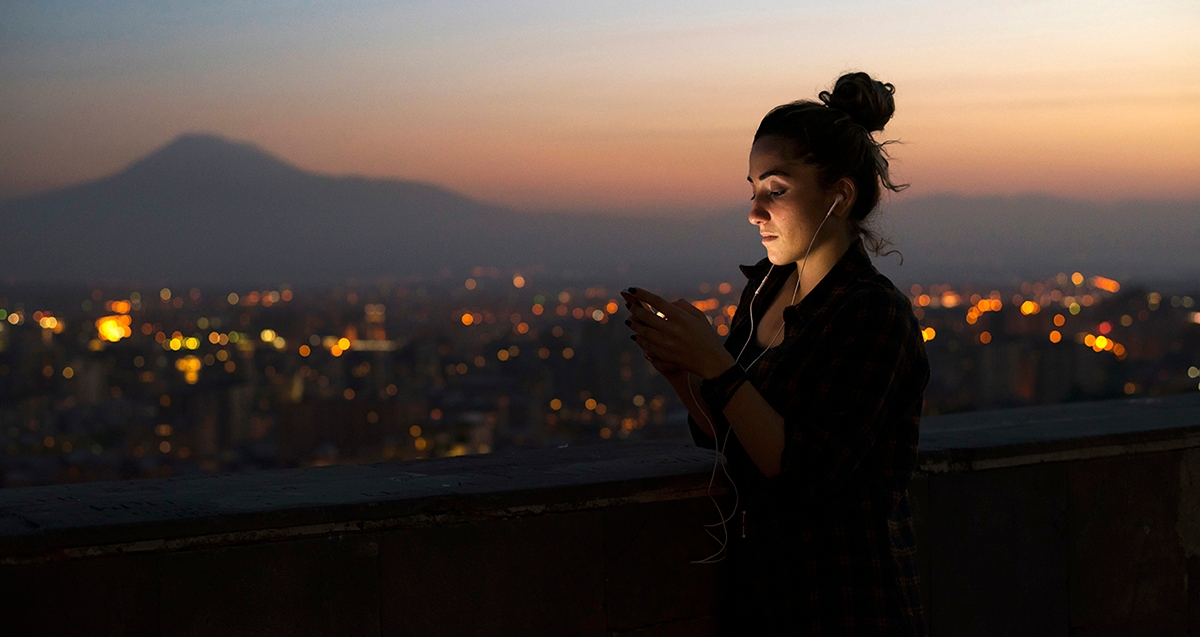 If you’re texting a lot, you may want to learn these expressions to say goodbye in the texting slang.

Fun ways to say goodbye in English for kids

Apart from all the formal, informal, and slang expressions we’ve covered, English also has a few creative ways to say goodbye.

These expressions are mainly used when talking to kids. But you can also use them to end a conversation with a friend in a light-hearted and humorous tone. Spoiler alert: they all rhyme. 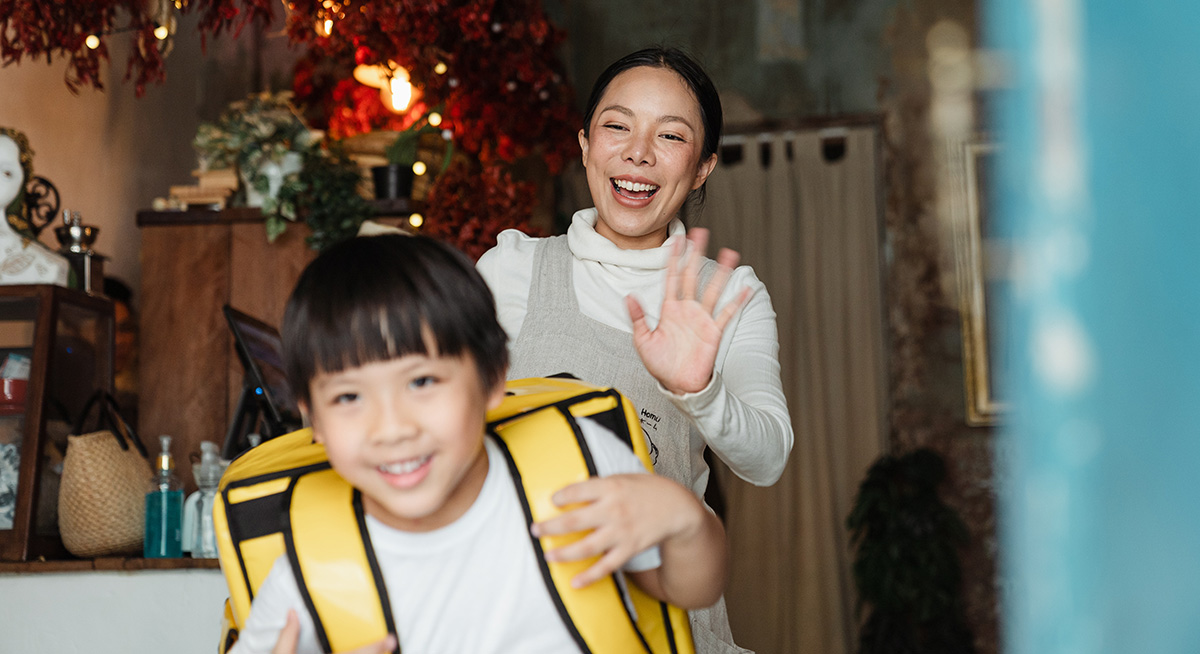 What’s the difference between saying goodbye to a friend versus a colleague or professional acquaintance in English?

When you say goodbye to someone you know well, it can be as simple as saying “See you later” or “See you next week.” But when it comes to parting ways with a colleague or professional acquaintance, you should choose a formal and polite expression appropriate for the situation.

What are some English goodbye faux-pas?

Depending on the country, there are some things you should NEVER do when saying goodbye. For example, in the USA, it's not common to kiss everyone on the cheek when saying goodbye. This is usually reserved for very close family members or friends. When it comes to cheek-kissing, if you're unsure whether to do it, just don't!

Also, it’s always considered rude to use a casual farewell in formal settings in any country. Don't say things like "see ya" if you want to be taken seriously!

Do we even need to say how much we love learning languages with songs? It’s a fun way to memorize vocabulary and learn some new words! And there are plenty of songs in English that talk about saying goodbye, whether it’s to a loved one or a friend. Here are a few of our favorite ones.

1. Goodbye My Lover by James Blunt

Saying goodbye is not always easy. Sometimes, it can be harder than we think, and sometimes, a song can say what we feel in those moments better than words. This beautiful song talks about saying goodbye to someone we love.

We love this catchy song by NSYNC! If you haven’t heard of them (we doubt it), it’s a famous boyband from the 90s. This song talks about saying goodbye to a romantic partner who wasn’t treating us right. It’s pretty empowering!

3. Say Something by A Great Big World

This is a sad song where the narrator talks about being ready to say goodbye to someone he’s still in love with. Sadly, he feels that the relationship isn’t going anywhere, and his feelings aren’t being reciprocated. It’s truly a beautiful song.

We hope that this guide on over 80 ways to say goodbye will help you sound more natural and fluent in English on your trips to English speaking countries, during business meetings, or during English conversations with friends. With these phrases and expressions, you won’t have to limit yourself only to “goodbye” and “bye” anymore.

Well, this was fun, but we’ve got to go now. See you soon - perhaps learning more English vocab via our free English blog lessons ;)