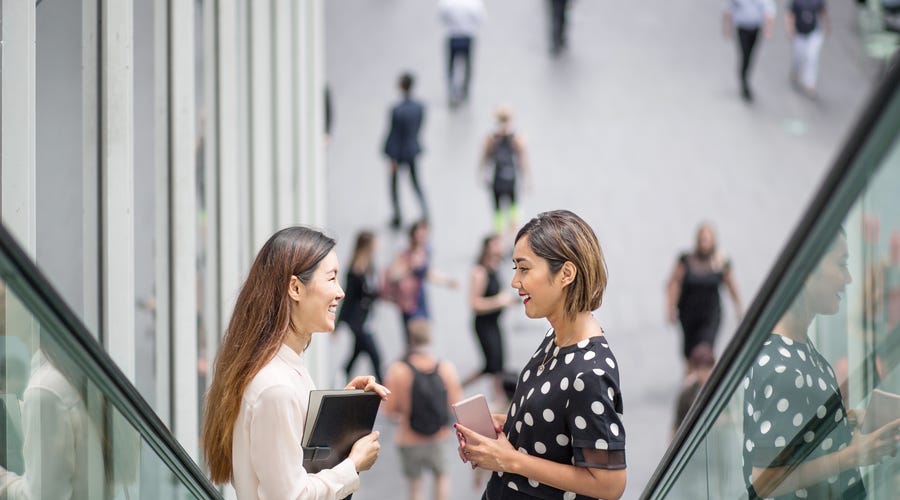 Effective communication in the workplace is key to a company’s success and morale, and different dialects or languages shouldn’t stand in the way of this.

In fact, research shows that bridging gaps in communication has numerous benefits for organizations and employees.

A Forbes study found that a diverse and inclusive workplace is a major driver of innovation and growth.

Sharon Melamed, Director at Matchboard, speaks five languages, has worked in five countries and is an accredited translator in Japanese and German.

She’s seen first-hand how important it is to overcome language barriers in the workplace.

“In Japan people sometimes gift fruit, as it can be very expensive,” she says. “When I was working there a Japanese employee gave an Israeli colleague a persimmon. However, he didn’t know the English word persimmon, so he said, “This is a ‘‘kaki”. In Hebrew, “kaki” means faeces, so it was definitely one of those awkward moments.”

So, what are the best approaches in overcoming language barriers in the workplace?

Imagine that you’re relaying a story to a friend. It’s uncomplicated, understandable and to the point. It should be the same when communicating at work.

Use words in the right context, avoid jargon, slang and words which have a double meaning and repeat anything that’s causing confusion.

“It doesn’t matter whether you’re speaking to native speakers or non-native speakers in the workplace, it’s always a good idea to use plain English,” advises Melamed. “Using long sentences with convoluted language isn’t impressive, it’s just confusing. Non-native speakers may not understand what you’re trying to say, so your message will get lost, and people may be too embarrassed to ask you to explain it again.”

A language ‘survival’ course is a great way to teach non-native speakers some basic language requirements for the business.

Words, phrases, warnings and relevant or specific business jargon will help them perform well in their role. Classes can also be advantageous for all employees when dealing with overseas markets.

“It’s the stereotype in the US that the world should speak English and we shouldn’t have to learn other countries’ languages,” says Melamed. “But in today’s age, that’s quite an arrogant and misguided view.

It’s obvious that the better you know your target market, the more likely you are to succeed, and understanding the target market customers’ language and culture is the best way to do that.”

Learning some basic greetings, words of encouragement, praise and gratitude in your employee’s native tongue is great for strengthening communication and building rapport.

“When someone joins a new company, it’s critical to making them feel welcome and ‘part of the family’,” says Melamed. “If you know that the employee speaks English as a second language, post a welcome sign in their mother tongue at induction. Don’t underestimate the positive impact this can have and how much people appreciate it,” she adds.

“It’s not only an ice-breaker at a first meeting, but it also says that you respect them and take them seriously enough to learn a bit about the language and culture.”

Sometimes the easiest way of learning something new is by watching someone else do it. Showing not telling removes the language barrier, whether it be demonstrating a practical or technical skill.

Similarly, visuals such as PowerPoint presentations or handouts can help non-native speakers understand what’s required. Research has found this to be true.

In an overseas study it was found that visuals helped students to memorise new vocabulary and understand the grammar with fewer explanations in the mother tongue. Similarly, learning became more meaningful for them and they felt more motivated and confident to express themselves orally.

If the business is large with international offices, it may make sense to translate important documents into the top three to five languages used.

“Nothing beats humans for translation accuracy,” says Melamed, “but, for machine translation, a lot of people use Google.”

In addition to providing simple and basic translations, Google Translate also has other powerful features such as giving a breakdown of how a native speaker would pronounce a word or phrase.

A business is only as good as its people

And its people are only as good as the relationships between them.

Why not start your employees on their professional journey today?

How to say good afternoon in Italian in 17 contextual ways

A handy list of all 214 Chinese radicals, and what they mean

300 fun & unique German adjectives to add magic to your vocab