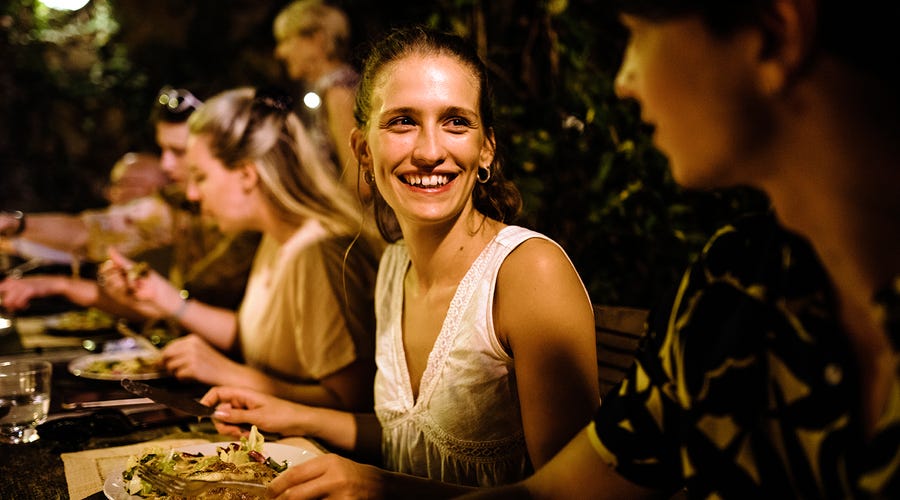 Do you remember the German word “Gaumenschmaus”? It literally translates to “a party for the gums” and describes a delicious meal.

German-speaking countries have quite a few of those and you’re about to learn them all - from “Käsespätzle” to “Schwarzwälder Kirschtorte”!

When you’re learning German, you don’t wanna skip this specific chapter of your language learning journey. There are too many good reasons why you’ll need all the fun food vocab that German has to offer:

1. Trying new foods is a highlight of getting to know a different culture

A country’s cuisine tells you so much about its culture. It’s fascinating to see what people consume in other countries and oftentimes it hints at their landscapes and lifestyles. Many of the commonly consumed foods also find their way into idioms and sayings, so learning about them will help you understand a country’s everyday language better.

You literally need food to survive, so when you’re in Germany, Austria or Switzerland, it’s crucial that you’re able to find or order food and also make sure you know its ingredients, especially if you have food allergies. So study like your life depends on it!

German cuisine can be delicious. Whether you’re trying to cook “Knödel” or bake a “Käsekuchen”, you’ll find an abundance of recipes online and if you want the most authentic ones, you should google them in German!

We’ll help you translate recipes, teach you how to order food at a restaurant in German and how to make sure you understand all the ingredients to avoid any unpleasant surprises in a dish you don’t know.

As a bonus, we’ll give you a free downloadable restaurant menu in German, so you can go ahead and practice your newly acquired skills right away! 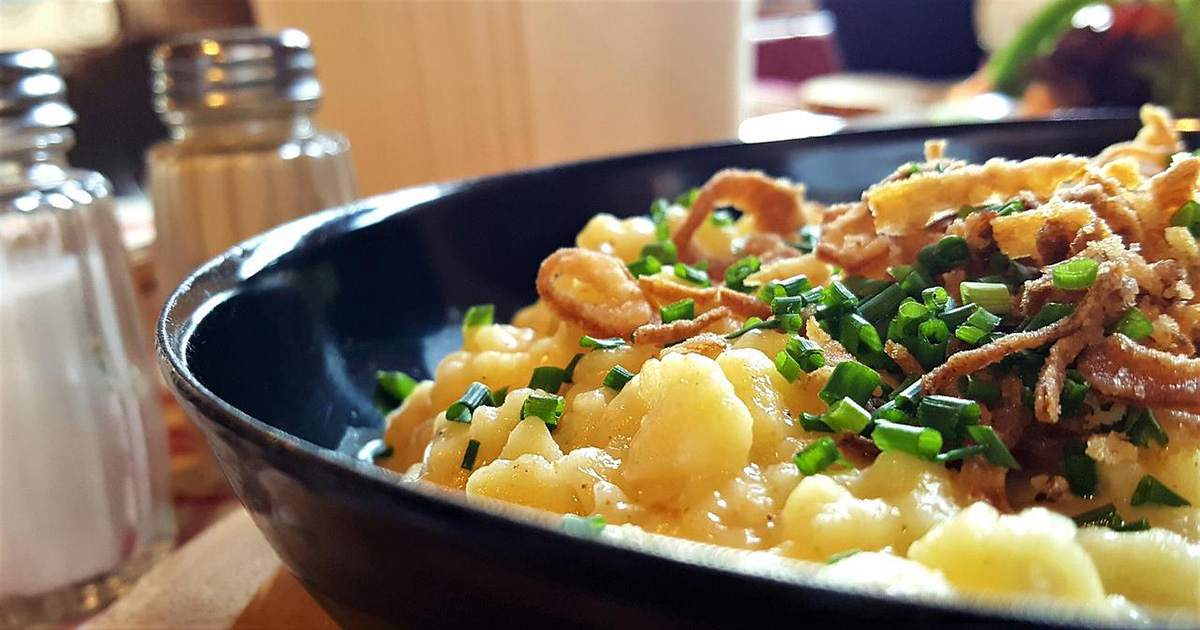 In Germany, takeout is a little less common than in the US and restaurants are also not an everyday thing for most of us. Fresh foods are significantly cheaper, so many people tend to cook in order to save money.

Of course everyone has their own unique eating habits and preferences. Some people never eat breakfast. Some go out to restaurants every weekend, and some prefer to eat their meals with chopsticks.

There are so many things to consider when we talk about food: mealtimes, utensils, dietary habits and food allergies - And we want to make sure you know the German expressions for all those things.

How to ask for a table in German

It’s helpful to know how to make a reservation in German. Especially if you’re planning to dine at a smaller local restaurant outside of the bigger cities, the hosts may not speak English.

Be brave and call them ahead of time. It’s great practice!

Most importantly, remember to tell the restaurant which time you’re planning to come in and the number of people in your party. 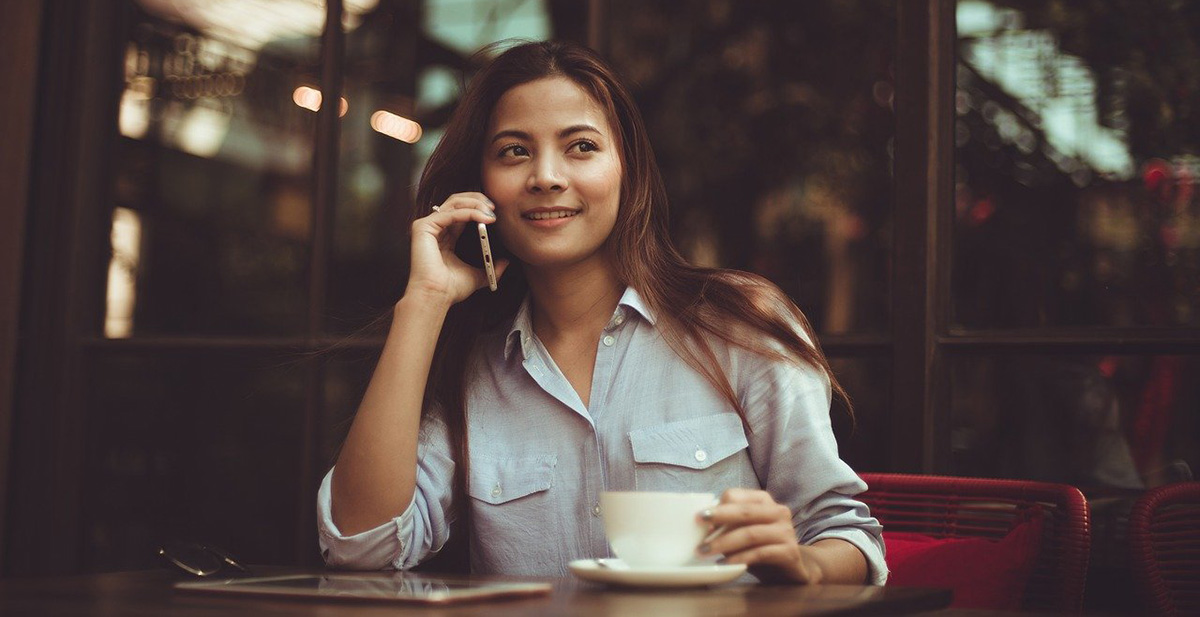 How to order at a restaurant in German

It can be challenging to order food at a restaurant in a different country. Most of the menu items may look unfamiliar and then there’s the language barrier. Just keep in mind that if you do it right, the reward is gonna be a delicious meal that is exactly what you’ve been craving! 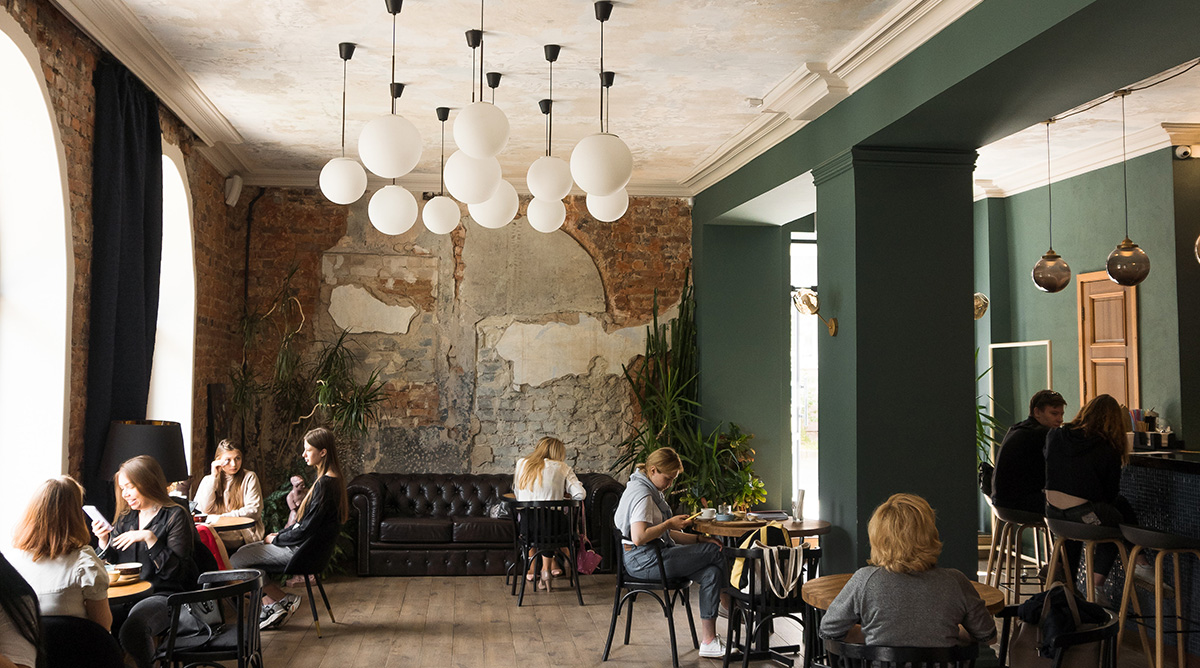 We want to give you the opportunity to practice real dialogues. So here’s a possible conversation between you and a German restaurant worker when you first enter a restaurant.

The restaurant staff might ask you a number of questions but don’t worry. Keep in mind they just want to make sure you have everything you need. Just keep saying please and thank you and they’re guaranteed to forgive you for needing some time to understand them.

Once you sit down, the conversation can get a little bit more complex, depending on how picky you are and how much you need to know about a dish before you order. Focus on these basics.

Many Germans are vegetarian or vegan and we sure love our plant-based meals! So check out our German veggie guide and our fruit guide in German first of all.

Of course some more traditional German meals are more meat-heavy and we’ll teach you about those, too. 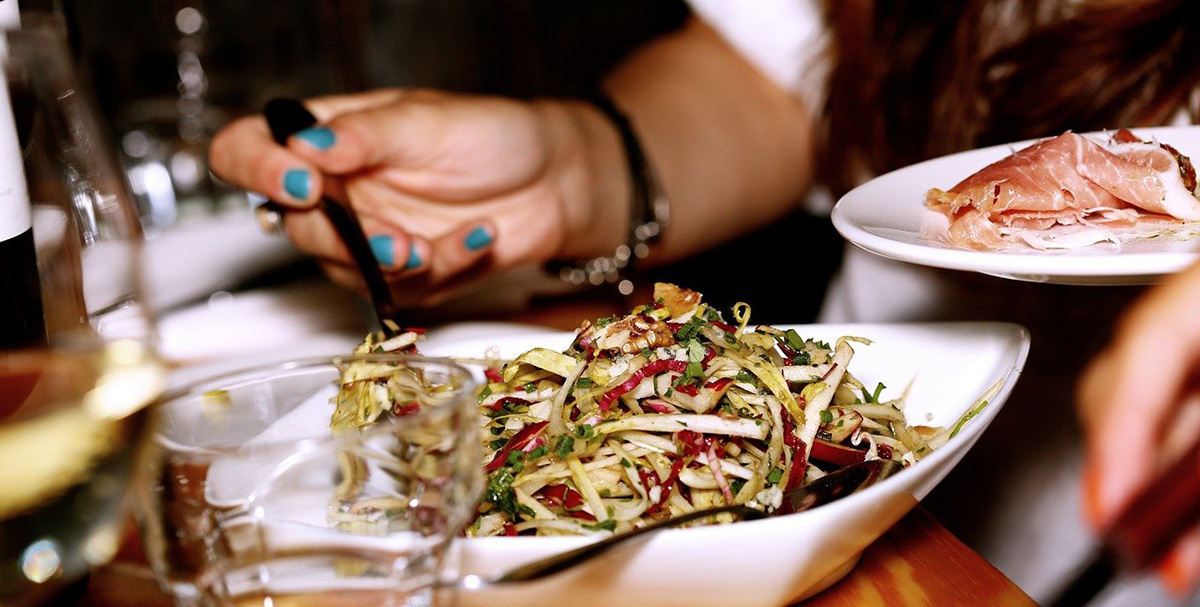 The German word for dessert is “Nachtisch”, literally translated as “After-table”. Germans know how to make some great cakes and German and Swiss chocolate are world famous for a reason! 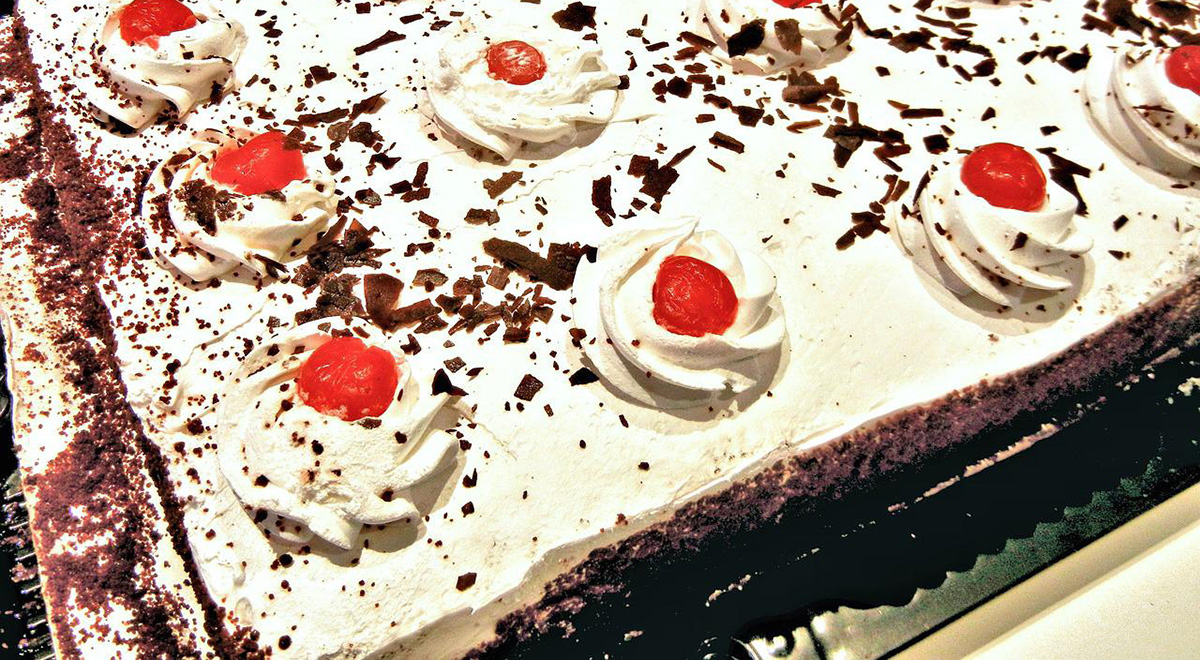 Now that you know how to order food in German, try ordering something off of our Berlitz German menu. There are lots of local specials to choose from. 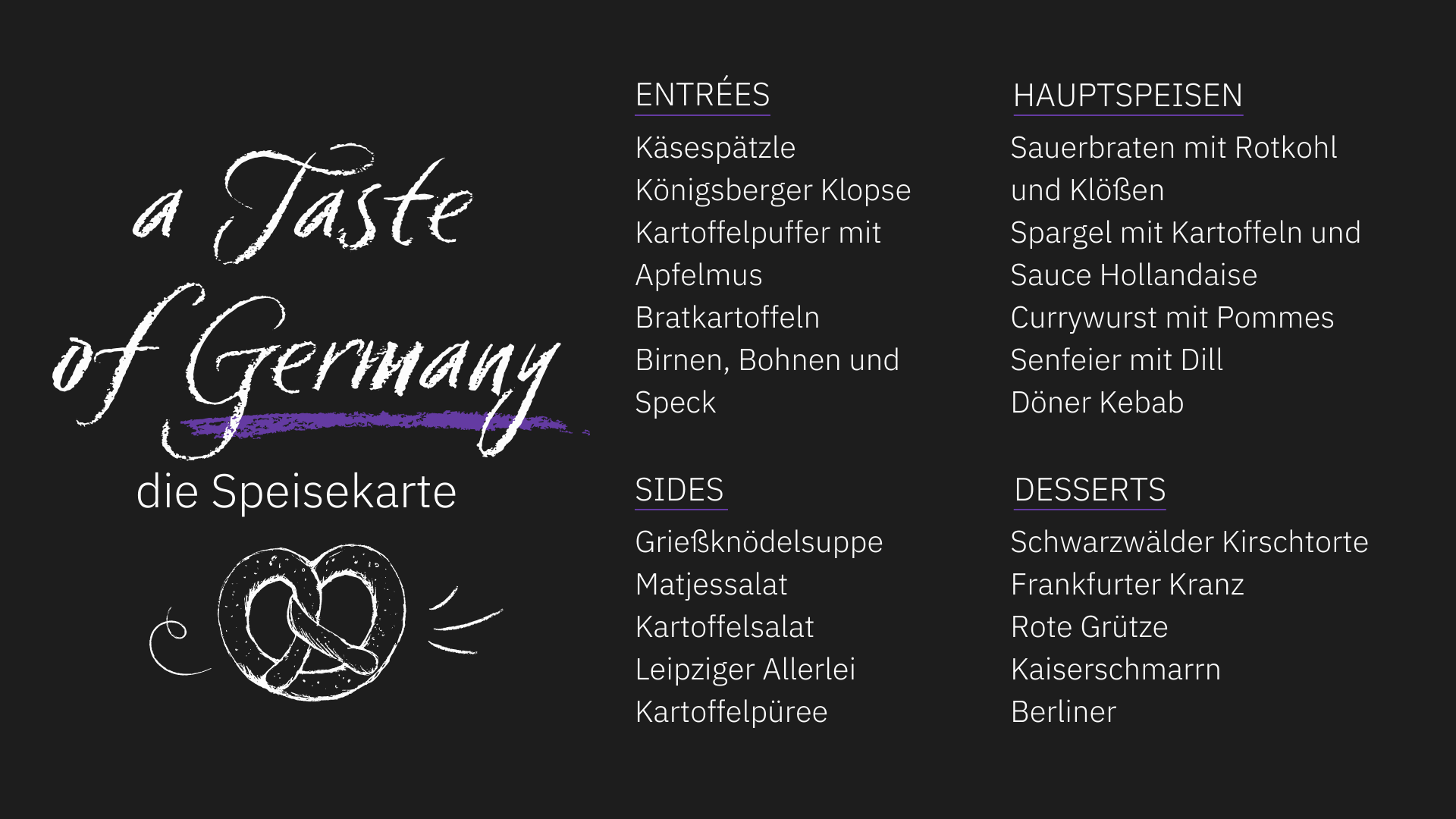 What to expect from German food

When you’re out in a restaurant, don’t expect the water to be free. It’s usually just as much as soda, and Germans will buy it anyway because it’s the most popular (and healthiest) option to go with your meal.

Tips are not a necessity like they are in the US

Tips are certainly appreciated but service workers in tipped positions are not excluded from the minimum wage like they are in the US. So a service worker's wage does not depend on the guest's generosity.

Germans eat a lot less processed and frozen foods. Fresh foods are more affordable and more popular, too. Fridges tend to be smaller and many people don’t even have freezers, just a little frozen food compartment in the fridge, the so-called “Kühlfach” (Cool-shelf).

Sending food back is frowned upon in Germany. You can still ask for what you want of course but you certainly won’t find the same level of service you do in the US.

When people make lots of requests and act particularly picky, there’s an expression for this in German: “eine Extrawurst wollen” (asking for an extra sausage) and it’s not appreciated.

Grab a spoonful of alphabet soup

After all this talk about food, you’re probably pretty hungry, so we’ll let you figure out your next meal - maybe you want to try something German?

Keep up your learning journey and picture the language like a colorful bowl of soup. The grammar is the broth and each new word you learn consists of a few letters that swim around in it.

All you gotta do is grab a spoon and dig in! We promise you, it’s gonna be delicious. So Guten Appetit!