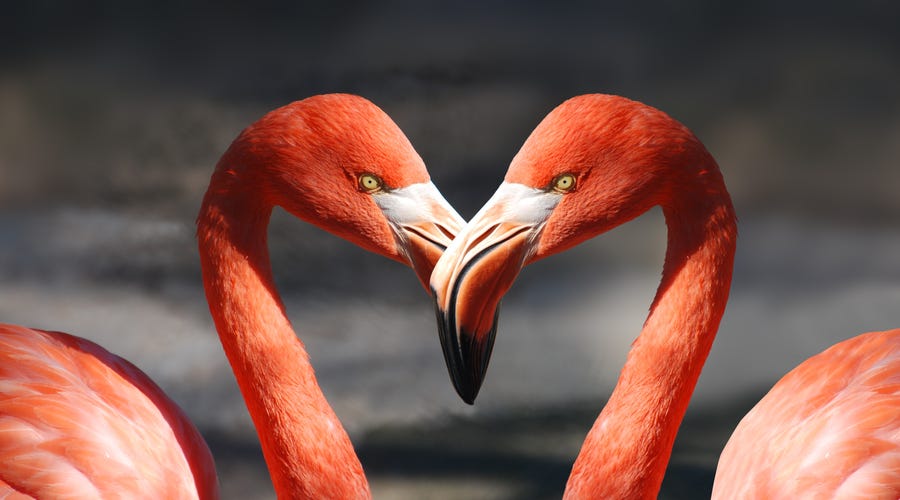 Birds are a fascinating and diverse group of vertebrates that includes 18,000 different species in the world - from sleepy eagle owls and talking parrots to the colorful rainbow lorikeets.

Don’t worry, we don’t expect you to learn all 18,000 birds in German when you’ve just started learning the language - especially with names like “Plattschweifsittich,” “Kuckuckskauz” and “Säbelschnäbler” - but if you learn the right ones and you find a way to weave them into a conversation when speaking German, you can seriously impress people.

So we’ve listed some of the cutest, funniest, and most beautiful ones for you!

How to say bird in German

Bird in German is “Vogel,” and the plural is “Vögel.” The trick to pronouncing it is starting with a sharp ‘F’-sound as in German, the “V” is pronounced like an “F.”

When children learn the German alphabet, they often remember the letter as “V wie Vogel”. It helps them because the letter is shaped like a simple version of a flying bird.

It’s hard to pick from 18,000 different birds, but here are some of our all-time favorites like the eagle, pigeon, and owl in German - plus a number of others that are common in either Germany or North America.

When birds migrate South to escape the German winter, many of us get a little jealous. Wouldn’t we all prefer to spread our wings and vacation in the Mediterranean sun? Take us with you, birdies!

Get ready for an explosion of colors in German with these beautiful, impressive creatures - from peacock blue to flamingo pink!

They may not be able to fly but they can waddle, swim and impress in other ways. A cassowary can jump 7 feet up into the air and ostriches are strong enough to kill a lion with a single kick!

The idea of being able to fly has always inspired humans in art and music.

“Come and fly away with us, let the wind carry you far away from this place. Come and fly as high as you can, let’s chase the sky while we dance”, the nature-inspired folk band Faun sings in their chorus.

In “Frei wie ein Vogel”, the Austrian band Kreis und Quer dreams about hitting the road and feeling “Free as a bird”, an important feeling to remember and relive through music, especially in times like ours.

“Die Vogelhochzeit” or “The Bird Wedding” is one of the most famous German children’s songs. It introduces a number of birds, while they come together to join the unconventional wedding of a thrush and a blackbird. Pretty progressive! We like that.

There are many funny animal-related sayings, quotes, phrases. Some of them include birds of course.

When someone is acting crazy, you ask them “Hast du einen Vogel?” (Do you have a bird?) and when they’re a bit of a weirdo, you say they’re a “komischer Kauz” (a strange little owl).

There are also many sayings about birds that are similar to the English ones. For example, the German version of “A bird in the hand is worth two in the bush” is “Der Spatz in der Hand ist besser als die Taube auf dem Dach” (The sparrow in the hand is better than the pigeon on the roof).

A good expression to remember when you don’t know the answer to something is “Weiß der Kuckuck” (The cuckoo only knows) or “Weiß der Geier” (The vulture only knows). Back when people were afraid to say “the devil”, this was a tame way of saying “The devil only knows”. Try one of them with your German teacher and watch their mouth drop.

Meet Bibi from the Congo! As a true polyglot, this adorable parrot can say hello in 12 different languages including Japanese, Italian, Spanish and of course - German!

Parrots are extremely intelligent. Studies show that they don’t just mimic humans. They do pick up on context and manage to use words appropriately. They can name different foods and ask for the ones they want.

The African Grey Parrot Waldo, who is the lead singer of the heavy metal band Hatebeak (Yes, you read that right), loves bananas and crackers. He knows the words for both of those snacks and when his band colleagues gave him dehydrated banana chips, Waldo called them “banana crackers”! What a clever guy.

Let Waldo and other smart little birds like him be your role models. They show us that everything is possible. If a parrot can learn a language, so can you!

Just set your mind to it and invest some time, and you can learn any language you want. The sky's the limit - and if we can teach birds how to talk, who knows, maybe one day birds can teach us how to fly?

Before that day comes, for more fun and free German vocabulary learning, you know where to go.