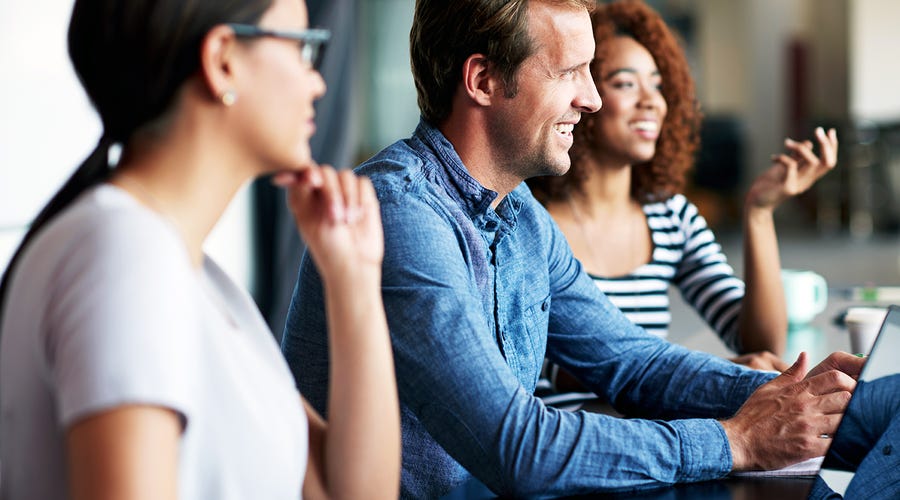 Pronouns are small words with big meanings. When we learn a different language, we are often keen on learning the big words, long impressive nouns and strong, clear verbs - but it’s impossible to have a conversation without pronouns.

There are many different kinds. They can substitute a person, an animal, a plant or an object and they are all relevant in their own ways.

We’ll cover them all for you. So grab a notepad and a pen. This will help you significantly when you’re learning German. Here’s why.

Luckily, over the last few years, pronouns have gotten more of the recognition they deserve. Especially personal pronouns have become more relevant as the world opens up about gender diversity.

More and more people put their preferred personal pronouns in their profile bio on social media or introduce themselves with them. This matters to people and it’s a sign of respect to use someone’s proper pronoun. 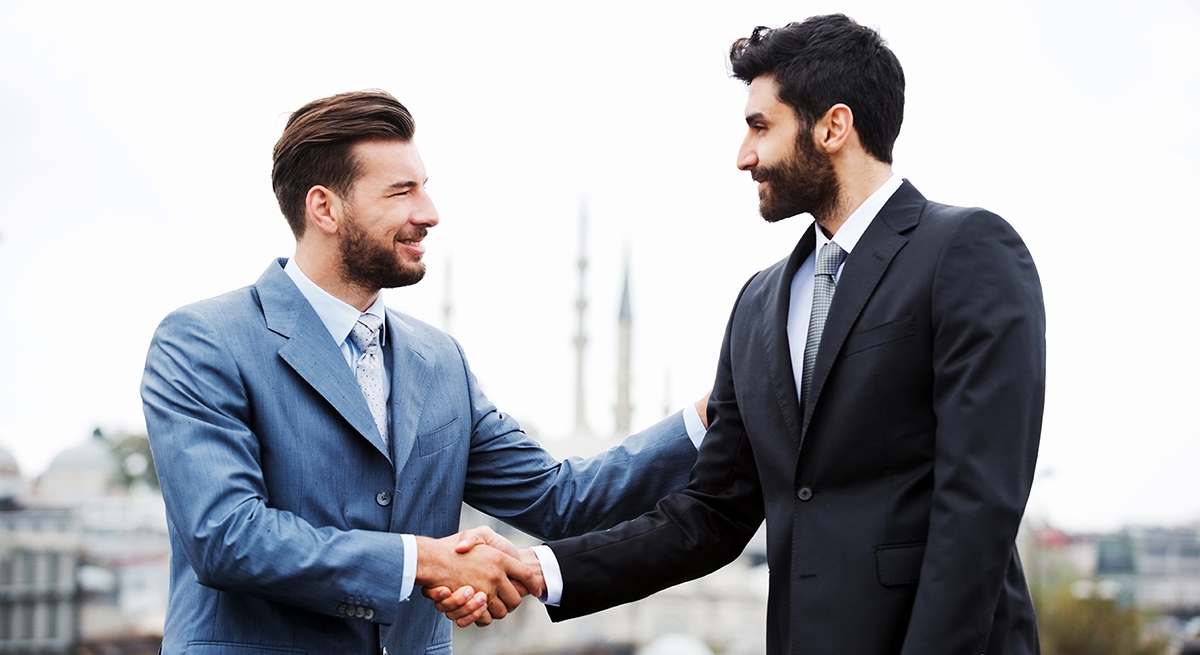 2. You need pronouns disproportionately more often than other words

Studies show that function words like pronouns make up about half of the most commonly used words, even though they only account for 0.1% of the existing words!

Pronouns are a great start to mastering all the function words that are so crucial to every language. After all, it’s no surprise that words like “I”, “you”, and “that” are some of the most frequently used ones.

3. Make up for unknown vocab words

You can either learn all 162 body parts in German or you can simply point at the correct one and say “dies” (this). That’s one helpful pronoun, right? This is how these words work.

Whenever you don’t know the right noun, you can use a pronoun instead, do some pointing and people will most likely understand you. 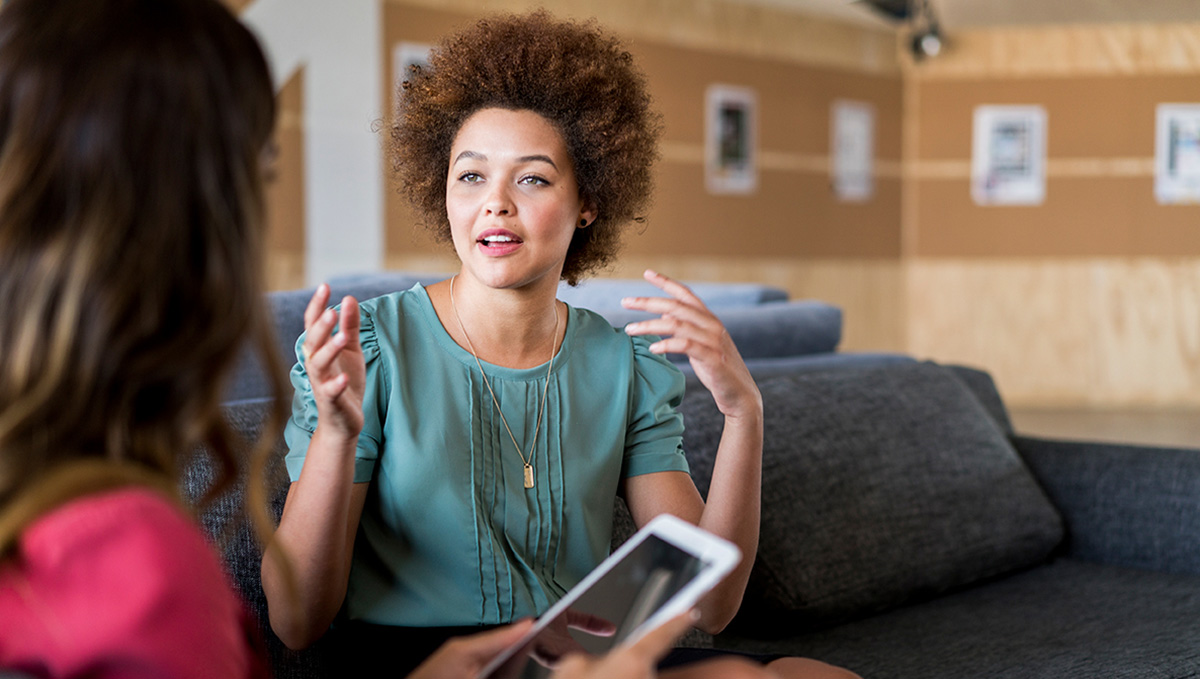 What is a pronoun?

Pronoun comes from Latin and means “for noun” as it substitutes a noun. Just like the English ones, pronouns in German have many different functions. Mastering them will give you countless possibilities in a conversation.

Master German pronouns with our free 11 page booklet including the most important types of pronouns. We give you examples on how to use pronouns in everyday life, to improve your German beyond beginner level.

How are German pronouns different from English pronouns?

Technically, German and English pronouns are very similar. In practice, German ones tend to be more complex but it’s not their fault! It’s because they can change with the cases and if you’re learning German, you might have already noticed that German cases can make things a little complicated.

That’s why we made some very detailed lists of the pronouns in German for you.

Imagine you’re taking a German class online and you notice that your friend Karl isn’t there.

In this case, Karl is the subject of the sentence. He is actively doing something. Here are all the other German subject pronouns.

Let’s say you’re wondering if Karl is eventually gonna get his bum out of bed and make it to class. So you call Karl. Or, you call him. See how his pronoun changed because he became the object, specifically the accusative object, of the sentence?

When our friend Karl doesn’t answer, you decide you’ll go see him after class to give him your notes.

In English, both of those pronouns look the same (him + him) but in German, they would look different because the second him is in a different case called dative.

Compare these two sentences and notice how in German, the pronoun changes (ihn + ihm).

You can recognize the dative case from the function of the verb. Dative generally means you give something to someone or do something for their benefit (or harm). Verbs like “geben” (to give), “antworten” (to answer), “danken” (to thank) or “schaden” (to harm) and “wehtun” (to hurt) stand with the dative case in German.

Generally, when you give something to a person (a gift, an answer, thanks etc.) or do something to them (harm, hurt etc.), you use the dative case. These are its pronoun forms.

Reflexive verbs are the ones that end with “oneself” like “to amuse oneself” or “to apply oneself”. “To apply” is the verb and “oneself” or “himself”, “herself”, “themselves” etc. are the reflexive pronouns that a reflexive verb needs in order to make sense.

Take Karl. He really doesn’t apply himself in class.

But you do! You apply yourself in class. (Good job!)

True to its name, a possessive pronoun signifies possession. The birds in Finding Nemo love this particular kind of pronoun: MINE. MINE. MINE.

Relative pronouns link a subordinate clause to a main clause. You can use multiple main clauses in a row.

Or you can use relative pronouns to refer back to the noun in the previous sentence, which sounds a little smoother.

Indefinite pronouns are all pronouns that refer to a vague person, thing or amount rather than to specific ones. This category includes general words that can’t be clearly defined. It quite literally includes “everything” and “anything”.

Interrogative pronouns are question words. They’re extremely helpful and necessary to ask any kind of question that is more than a yes or no question.

Take it from Ernie and Bert

There’s an iconic song that every German kid knows. It used to be the intro song to the German Sesame Street. The song is not just great for learning interrogative pronouns (wer? wie? was? wieso? weshalb? warum?). It also teaches us a valuable life lesson.

The lyrics are simple but absolutely genius:

Who? How? What?
Why? Why? Why?
Who doesn’t ask stays stupid!
A thousand great things
Can be seen everywhere
Sometimes you have to ask
In order to understand them

Always keep this in mind. Pronouns are confusing, and so are many other parts of the German language. So don’t stop asking when you don’t understand them.

Why do we use “deren” and not “dessen” here and what’s the difference between “sich” and “euch” again?

We’re proud that you made it to the end of this article. We know it was a lot to take in. You can always come back to this when you have questions about any of the many, many pronouns we covered here.

Learning a new language can be difficult at first but it’s extremely rewarding. If you just push through, you’ll soon get to the beautiful parts of learning German.

Just be patient with yourself and stick with it. Don’t be like Karl. Keep showing up.

(And keep showing up on our free German blog here, which is full of more fun vocab lessons).