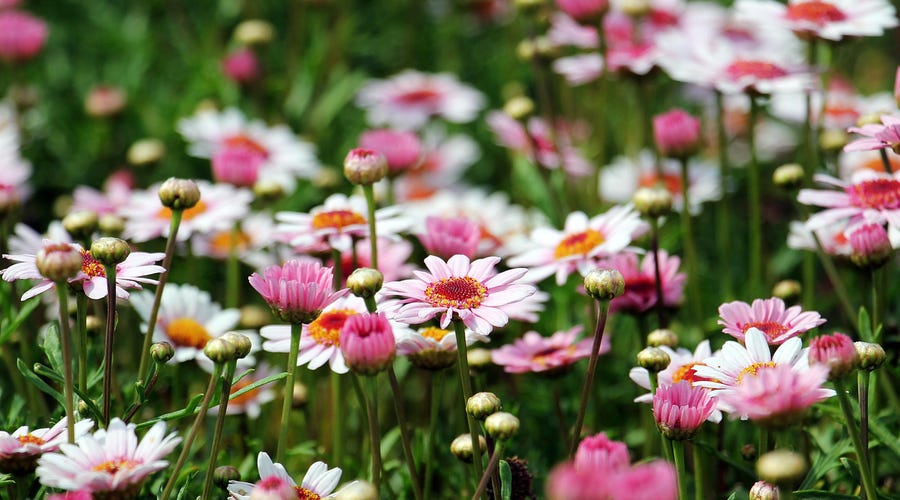 Grow your vocabulary with our complete guide to flowers in Spanish

Flowers remind us of the beauty of the world, and this is a feeling that often transcends cultures. Learning how to say the names of flowers in Spanish will help you appreciate beauty in a whole new way.

If you’ve been studying Spanish for a while, you’ve probably realized what a romantic language Spanish can be. Beyond straightforward ways to say “I love you” in Spanish, flowers can help us express beauty in ways that cannot be adequately expressed with words.

After all, a bouquet of flowers can represent many things–from an expression of a lifelong commitment to marriage to heartfelt condolences after someone’s passing. That’s why it’s so important to learn about flowers in Spanish, as this will help you better cope with the wide range of human emotions.

Plus, flowers are uniquely important in Spanish-speaking cultures. Stick around until the end to find out exciting new meanings for flowers that you may not have thought of!

The first thing you’ll want to learn is how to actually say “flower” and “flowers” in Spanish. Luckily for you, this translation sounds very similar to English, so you should have no trouble talking about flowers in no time.

Most popular flowers in Spanish

Flowers are incredibly diverse. Perhaps so much more so than any of us can imagine. With thousands and thousands of flower variations all over the world, it’s likely impossible to learn every single one–even if you decide to pursue a career in botany.

With that said, we’ve compiled a list of 268 names of flowers in Spanish so you can start talking about your favorite ones right away, no matter where you live. No prior botanic experience required!

Let’s get started with 30 of the most popular flowers in Spanish.

If you’re studying Spanish, whether online or through an immersive experience, chances are that you’re an adventurous person. As one, you’ve probably traveled to some foreign countries before (perhaps one of the 21 Spanish-speaking countries?) and have seen first-hand how ridiculously diverse flowers can be.

Below you’ll find a list with the names of some of the most common flowers in the world in Spanish. No matter where in the world you’re located, you’re sure to be familiar with some of the flowers on this list! 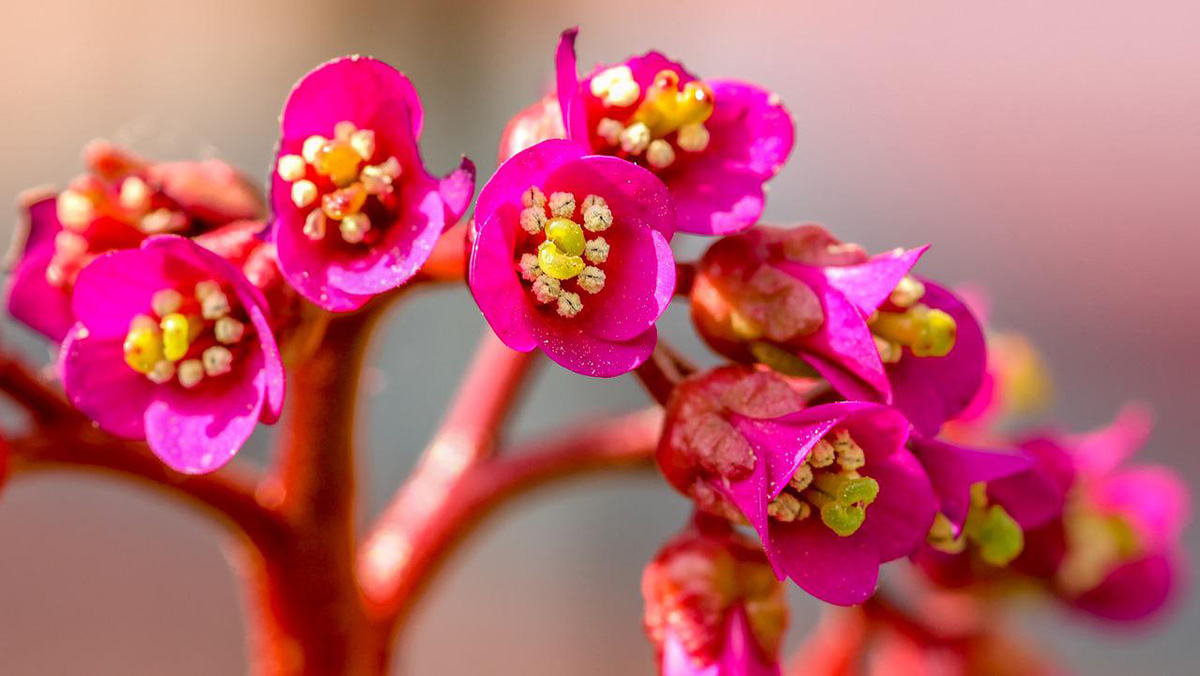 As you probably already know, a big chunk of the Spanish-speaking world is located near the tropics. From the tropical rainforests of Southern Mexico to the deep Amazonian jungles of Colombia, Venezuela, Ecuador, Peru, and Bolivia, you can count on there being many tropical flowers that will blow you away. 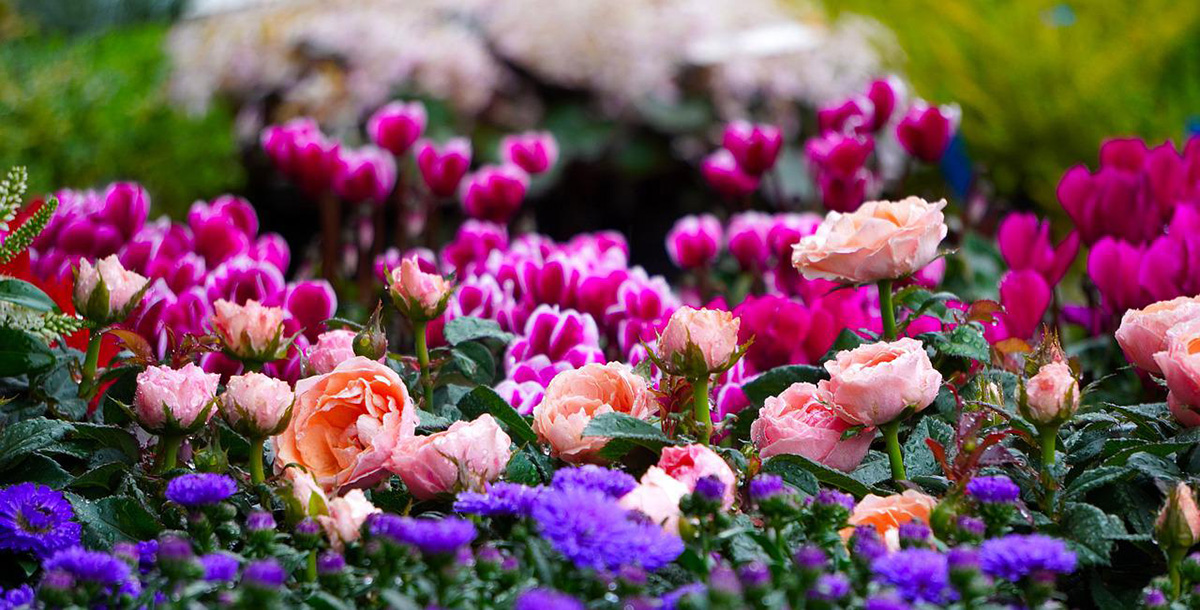 If sandy dunes are the first thing to come to mind when you hear the word “desert,” you might want to take a look at some of the stunning deserts in Latin America. The Sonoran Desert, located in Northwestern Mexico and the Southwest of the United States, is the most biodiverse desert in the world.

With over 3,500 plant species (and over 500 fascinating birds, too!), this desert is a biodiversity marvel. Here are some of the most popular desert flowers in Spanish to get you started on your new exploration journey! 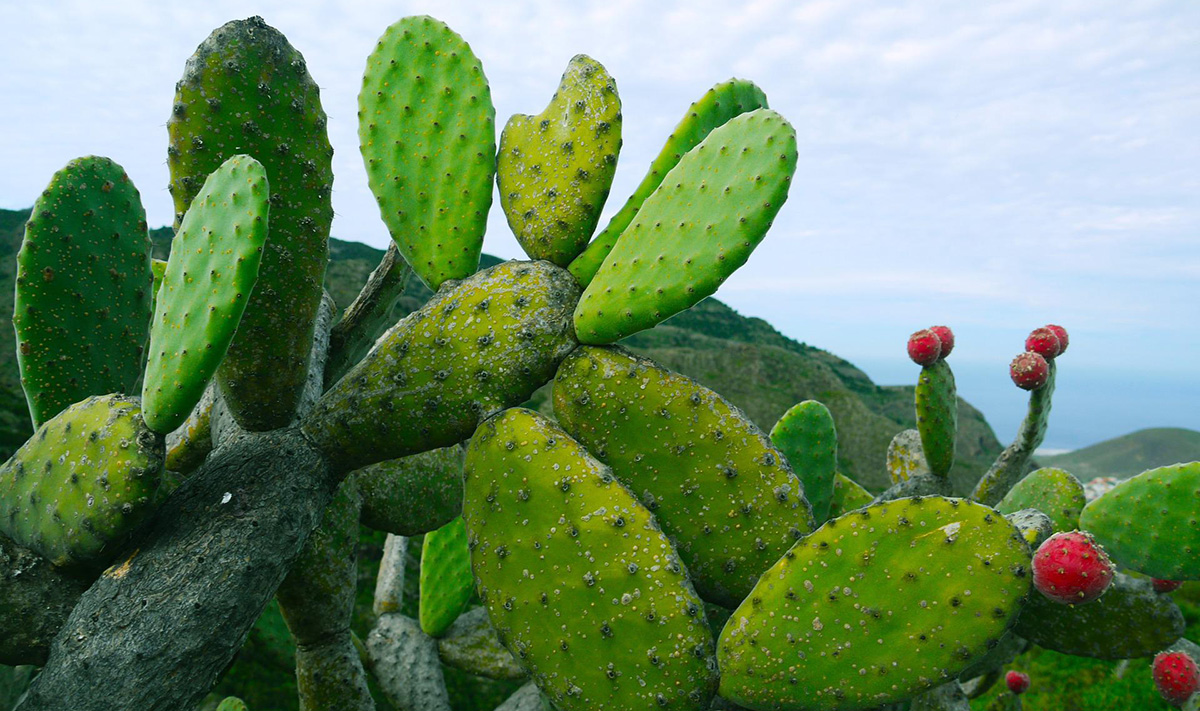 Herbs have been used all over the world for their medicinal purposes or simply for some added spice, but did you know that herbs are actually flowers? Although it might be easy to group them with vegetables, most herbs consist of the flowering part of the plant. Here are some of the most common herbs and herbal flowers in Spanish. 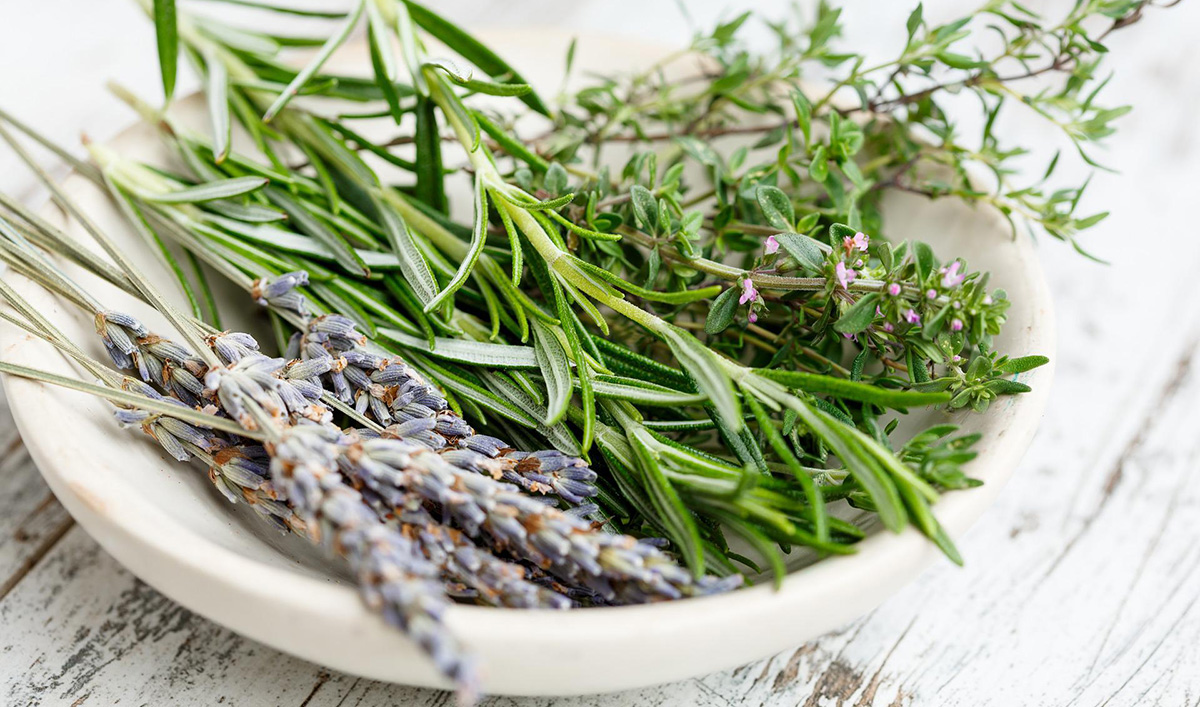 Edible flowers are exactly what they sound like–yummy flowers! Although many of them look like any other flower, others may look closer to what we commonly refer to as fruits and vegetables. Here are the names of some of the most common edible flowers in Spanish.

Flowers can be extremely important to people and–by extension–to nations. Many countries all over the world have chosen a national flower to represent them, their peoples, and their culture. This is a very common practice in Latin America, where nature is incredibly central to the people’s culture, beliefs, and practices.

Most Spanish-speaking countries have plenty of plant diversity. Half of the ten countries with the most plant diversity are in Latin America, namely Brazil, Colombia, Mexico, Peru, and Ecuador. Even Spain is extremely diverse, with the Canary Islands being some of the most biodiverse places on Earth.

Mexico decided to go above and beyond by having not one–not two–but three national flowers! The dahlia was named the national flower in 1963 due to its historic significance to the Aztecs, who referred to it as “acocoxóchitl.”

Poinsettias were later added for their strong link to Christmas, where important thoroughfares like Paseo de la Reforma in Mexico City get covered in striking red Nochebuenas.

Finally, the Aztec marigold was added for its significance in the Día de los Muertos tradition. More on this later on in the article! 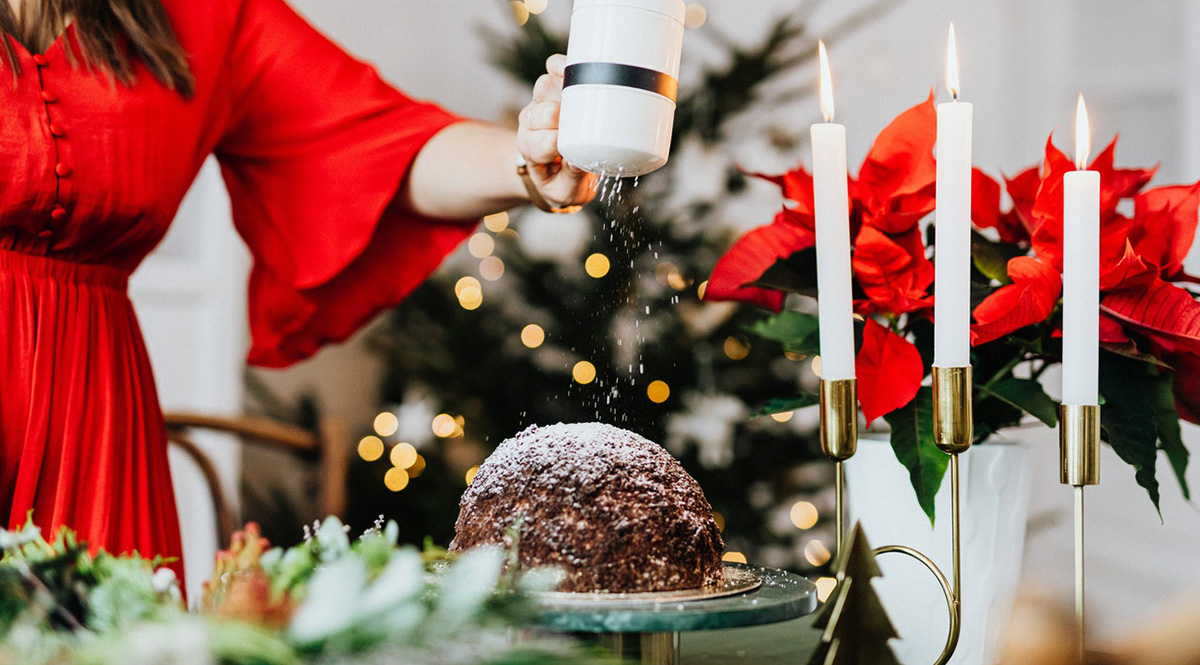 Orchids are considered the national flower of Colombia thanks to how many different orchid species there are. Colombian orchids come in all kinds of shapes, sizes, and colors that it can be hard to keep up! The specific orchid species that is considered the national flower is the Cattleya Trianae, which is named after the famous Colombian botanist José Jerónimo Triana.

The carnation is the national flower of Spain thanks to its links to religion. As a deeply Christian country, the carnation helps represent the religious beliefs of a majority of Spaniards. This flower is also representative of Flamenco, an iconic dance that originated in the Spanish region of Andalusia.

National flower of other Spanish-speaking countries

There are many, many Spanish-speaking countries that have a national flower. Although each of them has a fascinating history, we’ll leave it up to you to read more about why each one was chosen! Take it as a fun challenge, especially if you’re moving towards the intermediate Spanish level. To get you started, here is the national flower of each country in Latin America.

Whether you’re a certified botanist or a recreational gardener, there are many auxiliary words that you should add to your flower vocabulary! From the different parts of a flower to words related to growing and caring for them, we’ve got you covered!

Poinsettias have become symbols of the Christmas holiday season all over the US, but did you know that this tradition actually has Hispanic roots?

If you’ve ever celebrated Christmas with a Spanish speaker, you probably already know that most Latin Americans celebrate it on the 24th of December. Christmas Eve–known as Noche Buena in Spanish–is the main Christmas celebration for most Spanish speakers. And remember what poinsettias are called in Spanish? That’s right, Nochebuena!

You can’t have a Mother’s Day celebration without a bouquet of flowers. If you were from a Spanish-speaking country and failed to get your mom some flowers on her special day, you’d be in great trouble! 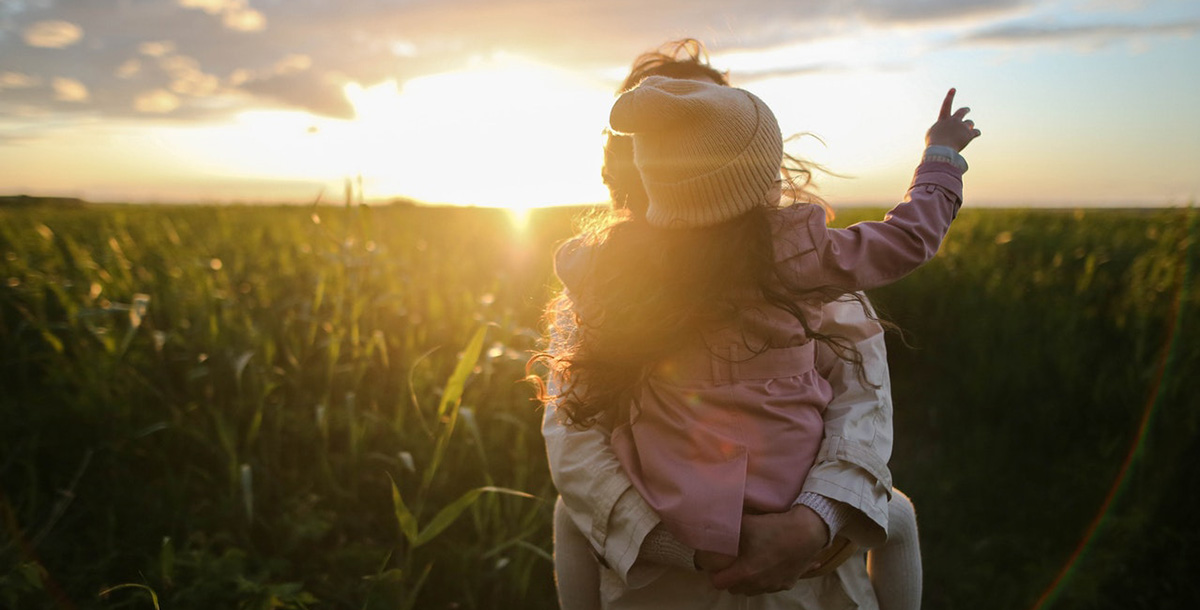 Gifting flowers is a traditional component of Mother’s Day, as flowers have come to represent life, fertility, and beauty–all qualities typically associated with motherhood. Here are some of the most common flowers that people gift on Mother’s Day:

Can you recall how to say each of the flowers above in Spanish? We’ve covered them all in this article!

Día de los Muertos is one of the most important holidays in Mexican culture. Celebrated every year on the 2nd of November, this holiday is a flippant celebration of those who have left us behind.

A heartbroken Xochitl asked the god of the sun to reunite her with her lover, to which he agreed. Tonatiuh turned Xochitl into a cempasúchil and a hummingbird immediately rushed to stand on the cempasúchil. This story came to associate both hummingbirds and cempasúchil flowers with the dead, albeit in a nostalgic and longing way as opposed to a superstitious or negative way.

Watch your Spanish grow tall like a sunflower with this vocab

Whether you’re a horticulturist, passionate about nature, or simply want a more well-rounded Spanish vocabulary, we hope you found this article useful! Even if you were simply looking to learn how to say roses in Spanish to charm a special someone, you likely won’t regret learning more than just a handful of names of flowers in Spanish.

And if you want to keep watering your Spanish to grow into true mastery, make sure to bookmark our Spanish blog! We publish exciting new content every month to help push your vocabulary boundaries a little bit further out, blog by blog!

So, now that you’ve learned over 300 new handy flowery words in Spanish, keep exploring this wonderful language! How about learning 245 different animals, or maybe even 101 cool words in Spanish? Up to you!

A funny, fascinating, feathery guide to 130 names of birds in Spanish