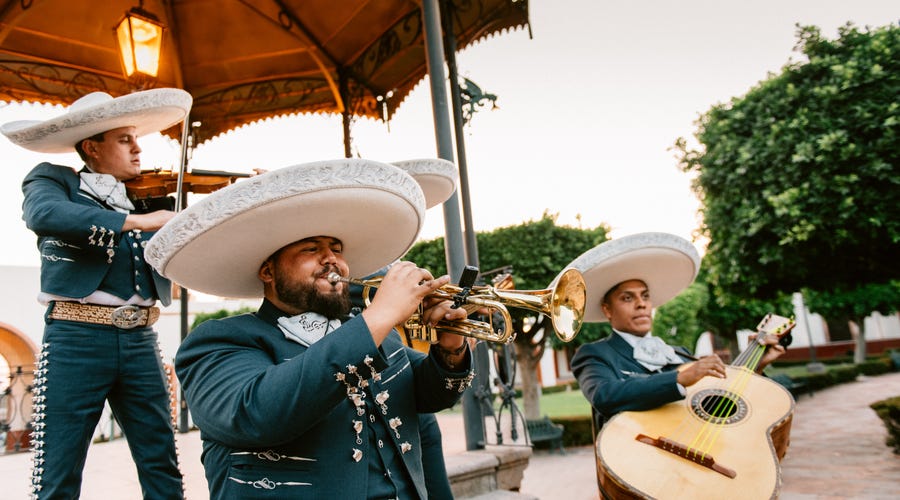 Becoming fluent in Spanish is an invaluable skill that will open doors for you all around the world.

With over 490 million native speakers and 21 countries on four continents using Spanish as their official language, learning Spanish is one of the best new skills you can acquire.

Depending on where you live, you may or may not come into contact with Spanish speakers frequently. What you may not know is that Spanish — just like English — is a global language that is spoken all over the world.

And that’s part of what makes Spanish so exciting. Learning it will allow you to communicate with people from more than just a few places — you’ll be able to expertly interact with locals from over 20 different countries!

So, whether you’re already planning your next trip or simply want to see how far learning Spanish can get you, here is a list of all the Spanish speaking countries. 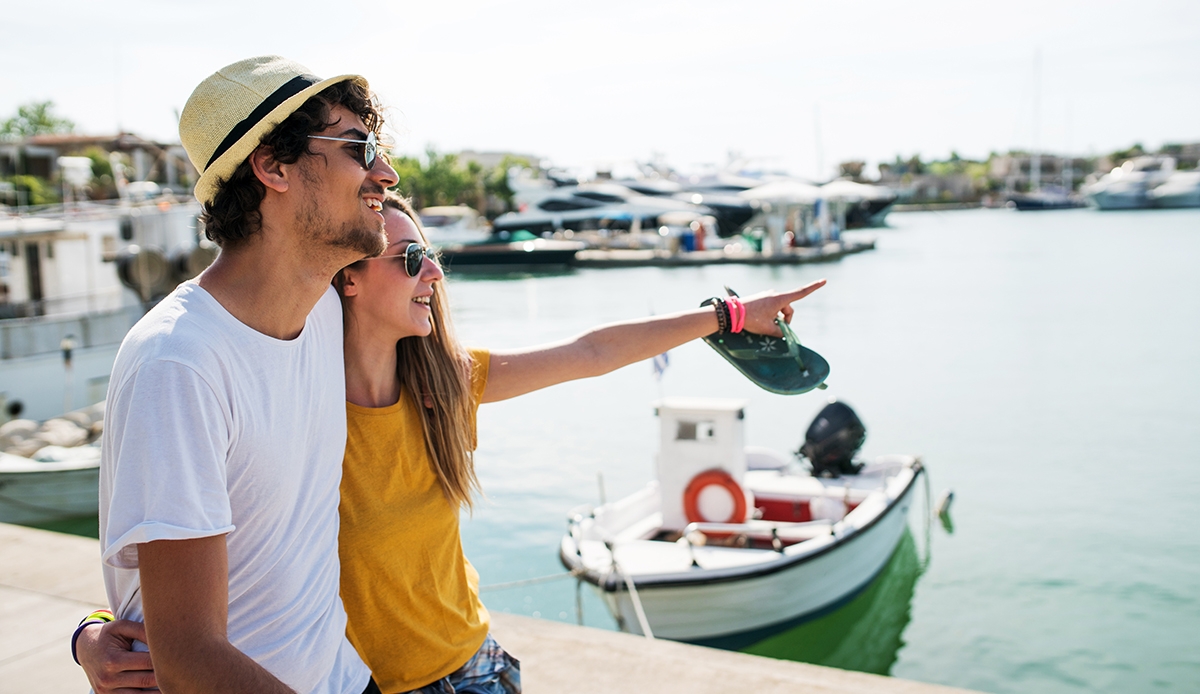 Spanish is spoken in many places beyond just Spain and Latin America. If you’re studying Spanish online, you may not be aware of just how global Spanish is. 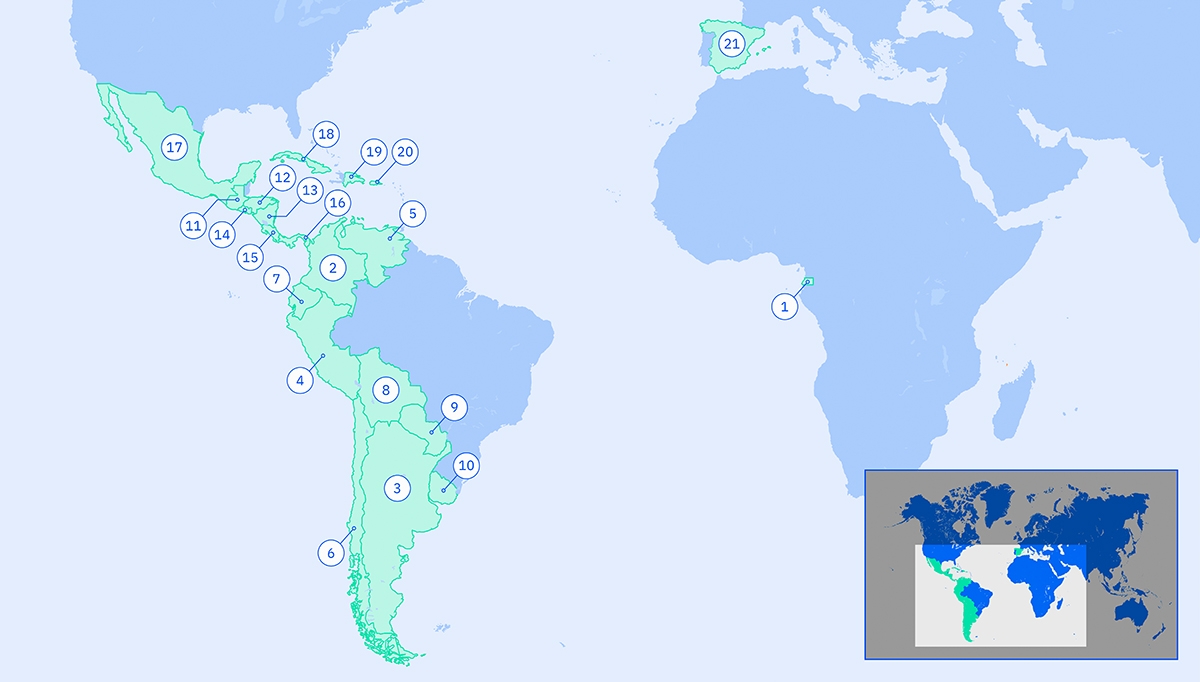 The geographic reach of the language is what makes Spanish an incredibly diverse language. That’s why people from Argentina use vos while people from Mexico use tú. It’s also why there’s so much Spanish slang, which makes the language all the more interesting.

To complement the data, we've also numbered each country individually on our exclusively-created Spanish speaking countries map, embedded above, so you have the literal full picture.

Did you know that there is a country in Africa that uses Spanish as its official language? Equatorial Guinea (officially República de Guinea Ecuatorial) is a small country on the west coast of Africa with over one million Spanish speakers.

As you may already know, South America is the region with the most countries that speak Spanish. With nine Hispanic countries, no other region on our list has as many different nations that use Spanish as the official or national language.

With the exception of Belize, every single country in Central America uses Spanish as the official language. And even though Belize uses English as its national language, more than half of its population can speak Spanish.

So, if you’re looking for a region where Spanish is consistently spoken across borders, there’s no place like Central America.

Of the three major North American countries, only Mexico uses Spanish as its national language. Mexico is also the country with the most Spanish speakers in the world, with more than twice as many Spanish speakers than Spain.

With that said, Mexico is still a very diverse country in terms of languages, with the Mexican Government recognizing 68 national languages. Some of these are Nahuatl, Maya, Zapotec, and Mixtec.

Spanish speaking countries of the Caribbean

The Caribbean only has three island nations whose official language is Spanish. However, that doesn’t mean Spanish isn’t widely spoken all over the Caribbean. In fact, the two non-Hispanic countries with the largest proportion of Spanish speakers are in the Caribbean. Can you guess which ones? Keep reading to find out!

Perhaps surprisingly, there’s only one country in Europe that uses Spanish as an official language: Spain. Besides Spain, Spanish is confined to former overseas colonies of the now-extinct Spanish Empire.

Our free interactive PDF gives you the latest data, such as capital cities, flags, and populations for all of the 21 Spanish speaking countries via a map and is best viewed in Google Chrome or Microsoft Edge.

Where else is Spanish spoken where it’s not an official language?

Beyond Spain and former Spanish colonies, Spanish is widely spoken in many parts of the world. Thanks to both migrants and Spanish learners, many countries in every single continent have plenty of Spanish speakers (except Antarctica, unless a penguin or two enroll in our Spanish for beginners lessons).

Here are the top 5 non-Hispanic countries with the most Spanish speakers:

If what you’re looking for is not the countries with the most Spanish speakers but rather the ones where you have the highest chance of running into someone who speaks Spanish, then this list is for you.

Here are the top 5 non-Hispanic countries with the most Spanish speakers:

How many people in the world speak Spanish?

That makes Spanish the fourth most popular language in the world after taking into account native and non-native speakers. The only languages with more speakers than Spanish are English, Mandarin Chinese, and Arabic.

Fun stats about where Spanish is spoken

If you’re just starting to learn Spanish, you may be curious as to where Spanish is spoken. Here are some fun and interesting facts about countries that speak Spanish that you may not know!

FAQs about countries that speak Spanish

How many countries speak Spanish?

There are 21 countries around the world that use Spanish as their official or national language. Additionally, there are 14 countries with over one million Spanish speakers, making Spanish one of the most widely-spoken languages in the world.

How many people in the United States speak Spanish?

As of 2021, there were 56,757,391 Spanish speakers in the United States. Of these, 41,757,391 speak Spanish as their native language, while 15 million speak it as a second or third language. This makes the US the second-largest Spanish speaking country in the world.

Is Spanish a good language for business?

Yes, Spanish is absolutely a good language to learn for business. As the fourth most widely-spoken language in the world, speaking Spanish will allow you to communicate with people in most of Latin America as well as parts of Europe and parts of Africa.

According to the Power Language Index, Spanish is the fourth most powerful language in the world. This index takes into account each language’s geography, economy, communication, knowledge & media, and diplomacy to determine the rankings.

However, that doesn’t even include the 20 other countries which speak Spanish. If all these countries were a trading block, they would be by far the largest trading partner of the US, even surpassing the European Union.

What countries have the most Spanish students?

What does Hispanic mean?

As an adjective, Hispanic refers to a country or culture that uses Spanish as its main language. For example, a Hispanic country is one whose official language is Spanish. Spain is a Hispanic country, while Mexico is both a Hispanic and a Latin American country.

Within the context of the US, Hispanic can also refer to someone who lives in the US and is of Latin American or Spanish descent. In this context, Hispanic refers to the person’s ancestry as opposed to their ability to speak Spanish.

How to memorize all the countries that speak Spanish

If you’re having a hard time memorizing which countries speak Spanish, what better way to practice than by playing a game?

This quiz game by Seterra will show you a map of countries that speak Spanish and ask you to click on one of them. The faster you can click on all the countries, the more points you will win! Can you get them all right in under a minute?

And if maps aren’t your thing, you can also play a flag game to learn about all the Hispanic countries. This game will ask you to click on the flag of a Hispanic country, and the faster you can get the flags right, the higher your score.

3. Learn about the history of Spanish colonization

If you’re not too familiar with Spanish history, you may not be fully aware of the extent of the Spanish Empire. Just as English is predominantly used in former British colonies (Australia, the US, Canada, South Africa, etc.), Spanish is also predominant in former Spanish colonies.

Although the topic of Spanish colonization is too extensive to cover in this blog, you can watch the following 10-minute video on the Spanish Empire. Watch John Green explain how Spain became one of the biggest empires in the history of humanity.

Keep exploring the world of Spanish

As you now know, the Spanish speaking world is exactly that—a world of its own. As you continue to learn Spanish—and especially once you reach intermediate Spanish levels—you’ll find that you’ll be able to communicate with hundreds of millions of people all over the world.

That’s what makes the language-learning journey so fun and unique. You’ll be able to interact with people, media, and ideas that you otherwise would not have been able to understand.

With that in mind, make sure to keep up your Spanish studies! No matter if you’re taking intensive classes every day or if you can only dedicate a couple of hours a week, the most important part is to keep moving forward.

If you enjoyed this article, make sure to check out our Spanish language blog, where we publish content on all things Spanish.