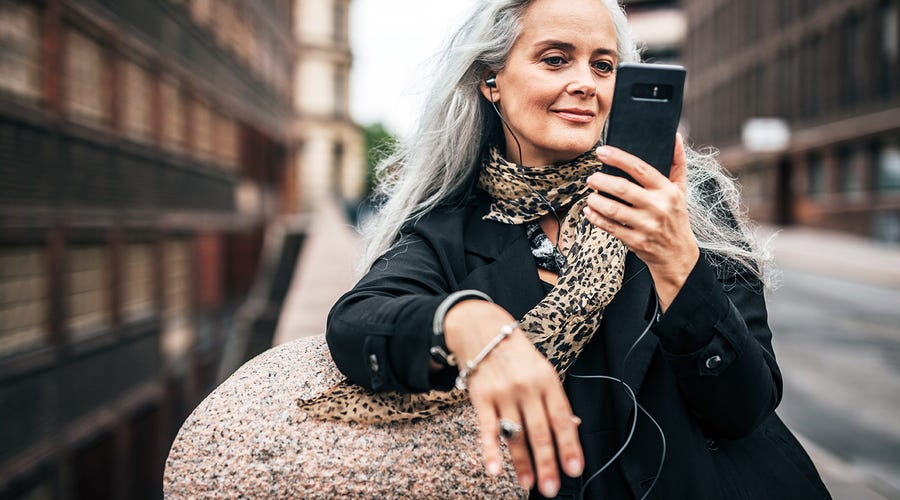 Master how to have a full conversation by learning how to say goodbye in Spanish.

We’ve all been there. We say hello in Spanish, have a really great conversation, and we feel like we’re on top of the world. But then, the conversation comes to an end, and we panic and forget how to say goodbye. Or maybe we do say goodbye, but we can’t help but mumble a simple adiós.

It’s totally normal for Spanish learners to mess up every now and then. But what separates great students from the rest is their ability to learn from - and even embrace - their mistakes with no shame. So, if you’ve been in a situation where you didn’t know how to properly end a conversation, this article is for you!

If you’re not sure why you’d need more than one way to say goodbye, consider the following:

Ready to learn many different ways to say bye in Spanish? Let’s go! 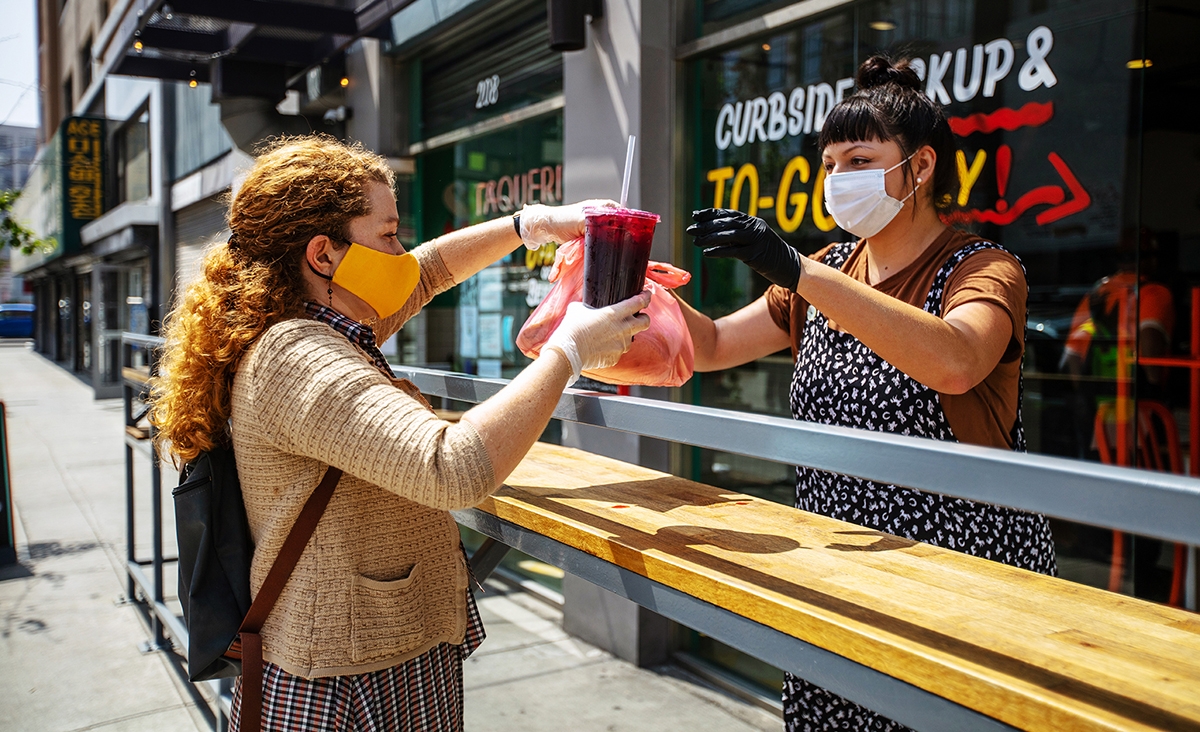 Ready to learn many different ways to say bye in Spanish? Download this free poster.

How to say goodbye in Spanish

If you’re already taking Spanish classes online or in person, you might have already heard of the quintessential word for goodbye: adiós (ah-dee-ohs). However, just because adiós is the most accurate translation of goodbye, that doesn’t mean it’s the most common way to actually say goodbye! 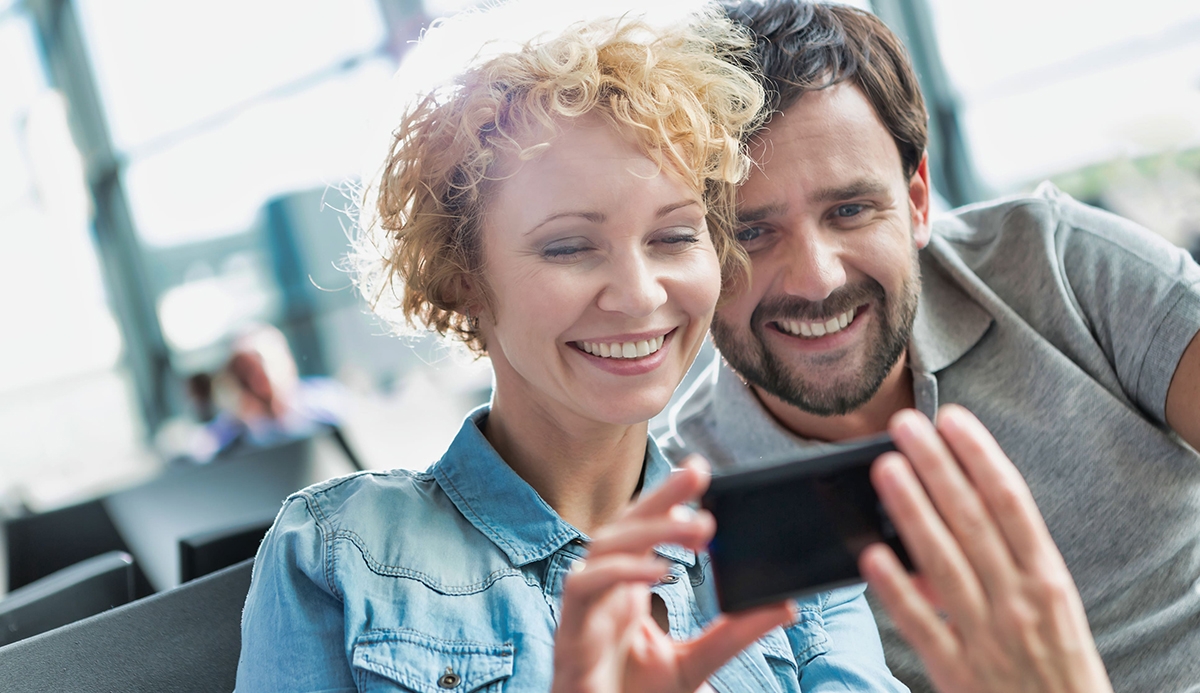 Although adiós is still very widely used, most people favor alternative ways of saying goodbye. There is nothing wrong with adiós, per se, but it does come off as a bit dry or “textbooky.” And that’s the last thing we want for our students! We want everyone to learn Spanish well enough to sound natural and relaxed.

So, with that in mind, here are a few general ways to say bye in Spanish.

How to say goodbye in Spanish formally

If you’re learning Spanish to do business or pursue academic endeavors, you’ll likely need to know a few ways to say goodbye formally. Even if you don’t anticipate speaking with businesspeople or university professors, some cultures in Latin America require everyone to use formal speech when addressing elders.

So, you never know when you’ll have to say goodbye in a formal way! Here are some more formal or polite ways to bid your friends and colleagues adieu adiós (adieu is French, though!). 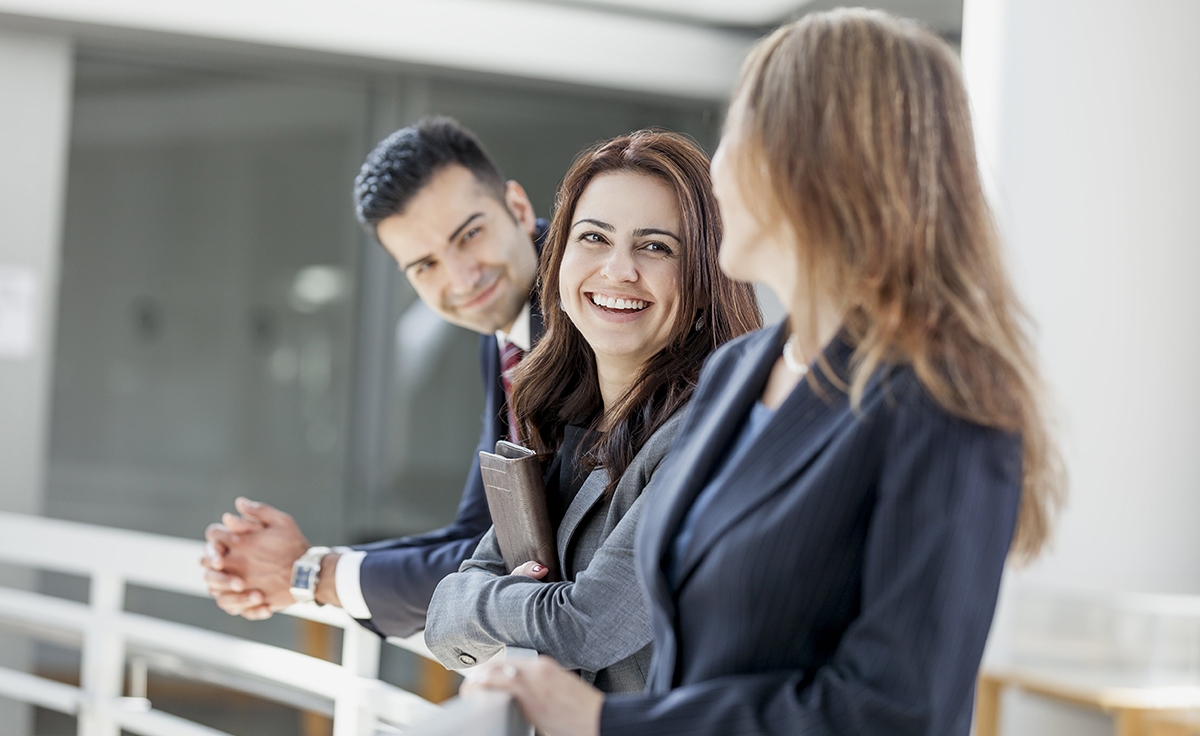 How to say goodbye in Spanish slang

Without a doubt, Spanish slang is one of the best parts about learning Spanish. With slang words and phrases from Spain, Mexico, Colombia, Peru, and beyond, there are hundreds of fun and creative slang phrases that you can’t miss. Naturally, many of them involve saying goodbye.

And if you want to learn even more about Spanish slang, check out our blog posts with over 150 Spanish slang words! You are sure to have a great time learning about these funny words.

We’ve included a context column in the table below to give you more background info on some of these. However, keep in mind that most of them are just wordplay and don’t actually make any sense. Kind of like “see you later, alligator”!

How to say goodbye before bed in Spanish

One of the most common times of day to say goodbye to people is right before bedtime. Whether you’re saying goodbye to your roommate, your host family, or your significant other, these words and phrases will help you wish someone a good night like a pro.

In fact, you don’t even have to be physically near someone to use any of these phrases. If you’re texting or talking on the phone with a friend around nighttime, you can definitely seal your conversation with wishes of restful sleep. 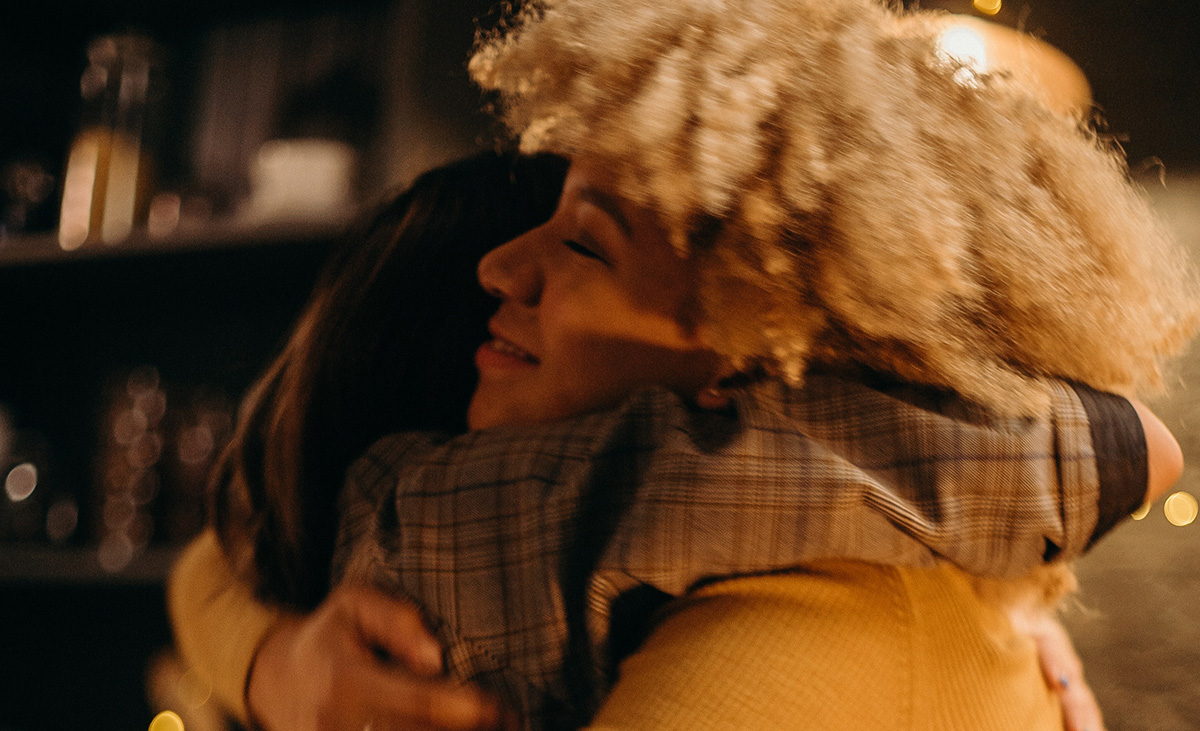 How to sign off in an email in Spanish

Email etiquette tends to vary between languages, and Spanish is no exception. Next time you need to write an email, resist the urge to simply translate your go-to sign off phrase and use one of the following options instead!

How to say goodbye after meeting someone in Spanish

Meeting new people is one of the best parts about traveling to a different country. And when you’ve just met someone, you want to acknowledge that fact when you say goodbye to that person.

Note that these are only suitable when you’ve had a personal conversation with someone. In other words, don’t go around saying these phrases to just about anyone you exchange words with! 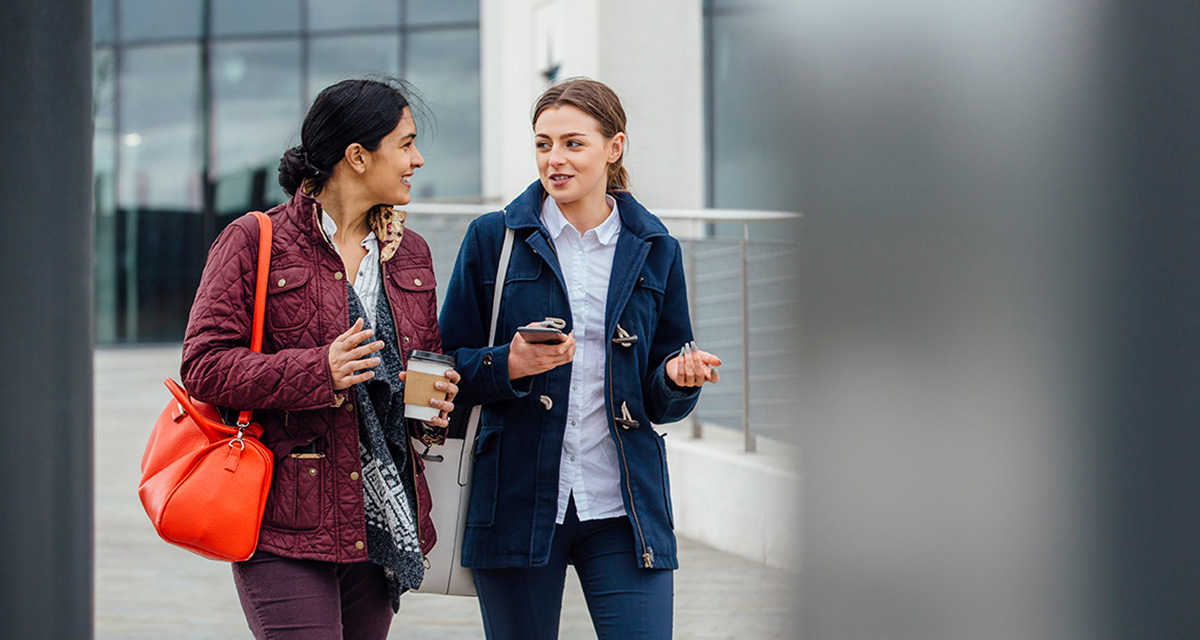 Wait… what does religion have to do with goodbye? Well, in Latin America, most things have something to do with religion. With almost 60% of the region identifying as Catholic and another 20% as Evangelist, we’re talking about more than three out of four people in Latin America practicing Christianity.

That means religion (more specifically, Christianity) has either a direct or indirect influence on many cultural aspects of Latin America. In fact, the word adiós has religious origins, as it comes from the phrase “Te encomiendo a Dios,” which means “I commend you to God.”

However, if you’re not Christian or religious, don’t worry! Latin America is slowly becoming more and more secular, in part thanks to a growing share of younger people who consider themselves non-religious. You’ll still likely hear many of the phrases below if you interact with Latin Americans, but it’ll mostly come from the elderly.

One of the most useful Spanish words for saying goodbye is hasta. This word means “until,” and you can use it similarly to the English “until next time.” However, hasta is so much more versatile. You can plug in any date, time, or event after hasta and use it as a way to say goodbye and reference the next time you’ll be seeing the other person.

Careful not to use a specific date if you don’t know when you’ll be seeing the other person next, though! If you’re not sure when you’ll see them again, you can use one of the generic phrases like hasta luego or hasta la próxima.

As you may have noticed, Spanish has a unique verb for saying goodbye: despedir. This verb literally means to say goodbye, and is conjugated like a regular -ir verb: 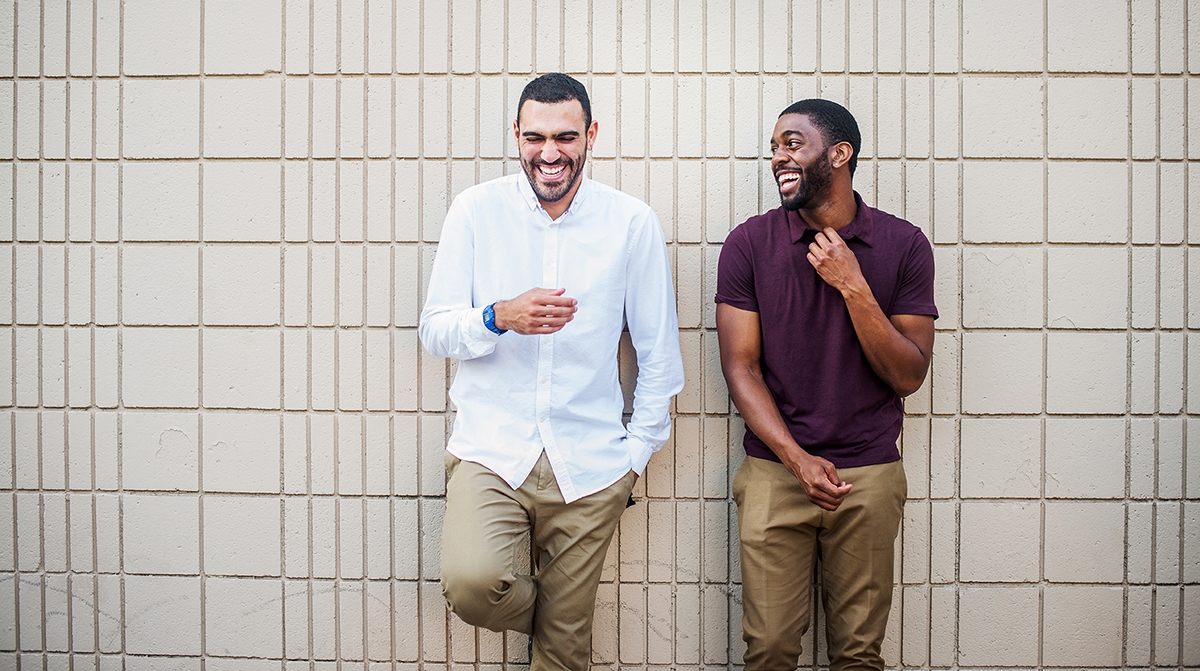 While it’s not very common for people to use this verb when they’re saying goodbye, it can be very helpful when speaking. For example:

Besides despedir, there are a few other verbs that you should be familiar with as they are very common in many different farewell phrases.

This smooth ballad from Mexican singer Julieta Venegas will have you singing along in no time. The song’s contrast of sadness and nonchalance will give you a serene and hopeful outlook on goodbyes.

Shakira is undoubtedly one of the most famous artists to come from Colombia, and one of the most successful recording artists worldwide. This song may seem like it’s Shakira’s farewell to Madrid, Spain’s capital. But on a deeper level, Madrid is a metaphor for one of her ex-lovers!

So, sing along to Shakira and see if you can spot any of the goodbye phrases covered in this blog!

If you’re a sucker for romantic songs and are looking for something more authentic, then Christian Nodal’s discography is for you. Specifically, his song Adiós Amor can be a great way to practice different ways of saying goodbye, albeit the more dramatic ones.

Plus, you’re almost certain to run into this song at some point during your travels through Latin America. With over 1.2 billion views on YouTube, this 2017 song remains one of the biggest hits in Mexico and most of Latin America.

If you enjoyed this lesson, there’s no reason to say goodbye to us. Why not check out our Spanish blog and look through our library of (free!) resources to help you improve your Spanish?