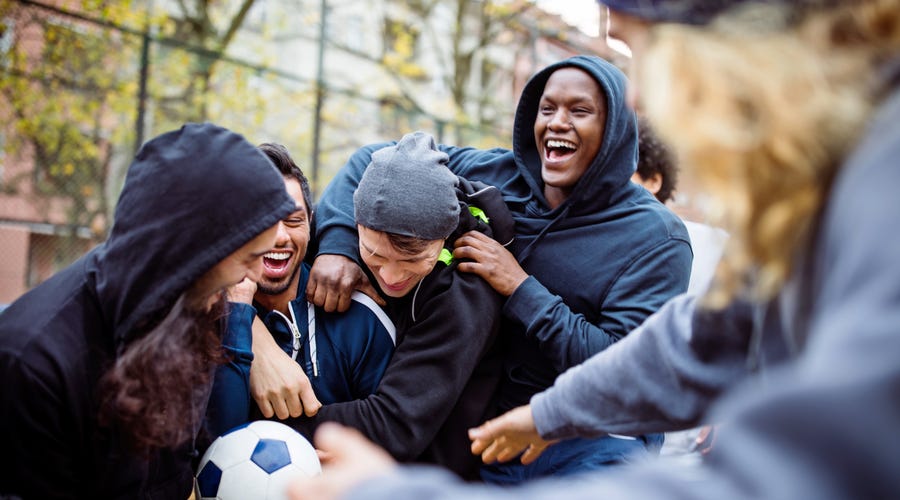 303 lively sports in Spanish terms that'll get the ball rolling

Few things can bring people together like sports can, so learning how to talk about sports in Spanish will help you connect with the locals.

Every culture has some type of sport or game they play for recreational or competitive purposes. Spanish-speaking countries are no different, with devoted fan bases for sports like soccer, baseball, boxing, and more.

In fact, one of the oldest sports in the world was developed in Mexico and Northern Central America. The Mesoamerican Ballgame was the first team sport that included the use of a ball, so you could think of it as a precursor to other ball games like football and basketball!

As you’ll surely notice as you continue learning Spanish, sports are a huge part of the everyday lives of Spanish speakers. So, being able to talk about sports will help you:

With these in mind, it’s easy to see why learning sports vocabulary is one of the best things you can do!

How do you say “sports” in Spanish?

Of course, the first thing you’ll want to know is how to actually say sports. Luckily, there’s only one way to say it: los deportes. You can get some useful variations from this word as well, such as deportista (a person who does sports). Check out the following table for more details:

How to have a conversation about sports

If you’re eagerly approaching the intermediate Spanish level, you’re probably trying to find ways to have more conversations with Spanish speakers. This is especially true if you’re a sports fan and want to discuss the latest game with the locals.

Well, even if you haven’t learned a lot of Spanish sports vocabulary yet, these simple phrases will get you talking conversationally in no time!

Even if you’re just a beginner at Spanish, you probably can already tell that this is a verb-heavy language. As such, there are plenty of sport-related verbs that you should spend some time getting familiar with. And don’t forget about reviewing their conjugations!

Now, let’s get into what you really came for: the ultimate list. We’ll cover practically every sport imaginable, from soccer to tennis in Spanish and beyond. We’ve broken down the list into more manageable chunks, so make sure to make your way through all sections if you can’t find the sport you’re looking for!

Few things can fill you up with endorphins like playing sports outdoors. If you enjoy a good hike on a nice, sunny day or playing baseball with your friends, then this section is for you! Check out the table below to learn how to say outdoor sports like hiking and baseball in Spanish. 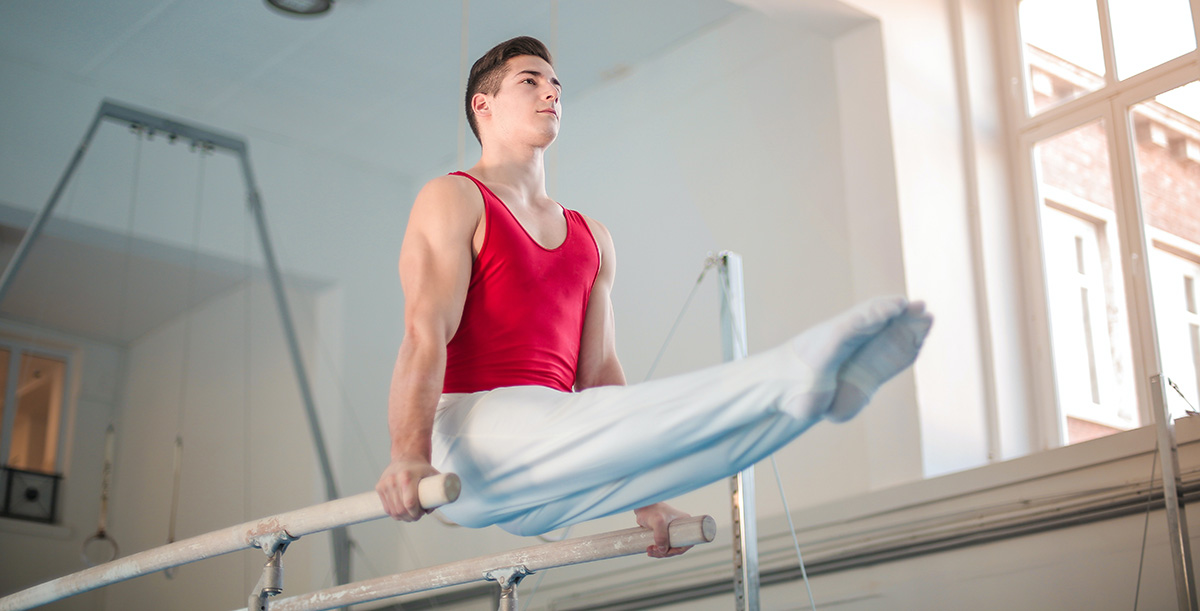 Water sports are some of the most fun sports out there. Whether you live by the beach, a major river, or a lake, you must have a body of water nearby where you can practice some exciting water sports. From kayaking to swimming in Spanish, check out the following table for more!

Net-and-ball sports are extremely popular all over the world. After all, who doesn’t enjoy a nice game of badminton or playing volleyball at the beach? If you’re a fan of these sports, we’ll show you how to say badminton and volleyball in Spanish!

They say dogs are a human’s best friend, but what about horses? Many consider horses to be family members, as these majestic animals can form deep and unique bonds with their humans. If you’ve ever owned a horse before, you’re probably dying to learn how to say equestrian sports! 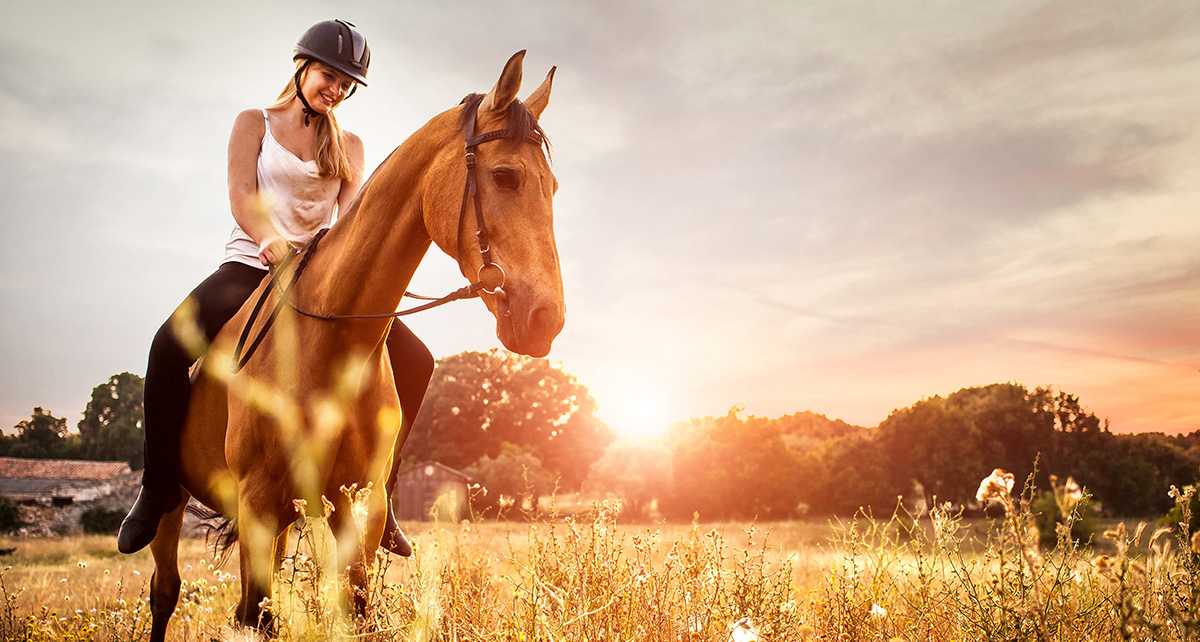 If you’ve spent time in Spain or Latin America before, you must already know how intensely Spanish speakers care about football. If you’re from the US, you should start getting used to one significant difference in terminology when talking about football in Spanish. 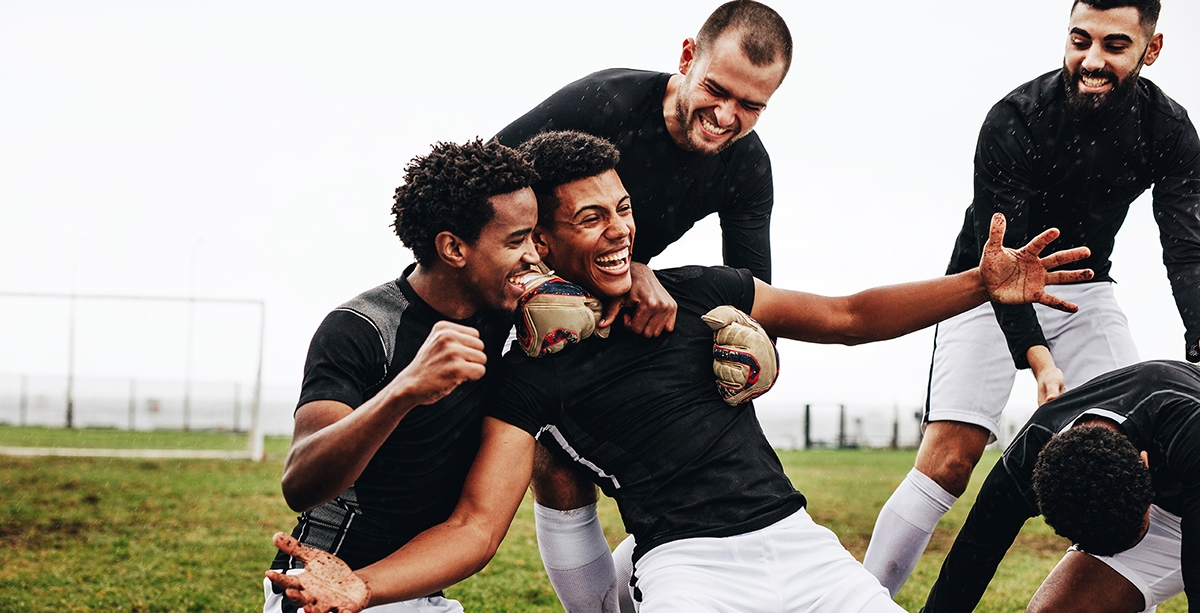 If you happen to live in a place with harsh winters, you’re probably an ice and snow sport enthusiast. From skiing to ice skating, there is plenty of fun to be had even when the temperature is below zero!

Although combat sports are usually associated with Asian countries (taekwondo, sumo wrestling, karate, etc), they are also very popular in Latin America. From boxing to lucha libre, and even some of the Asian combat sports mentioned earlier, many Spanish speakers practice or enjoy watching combat sports. 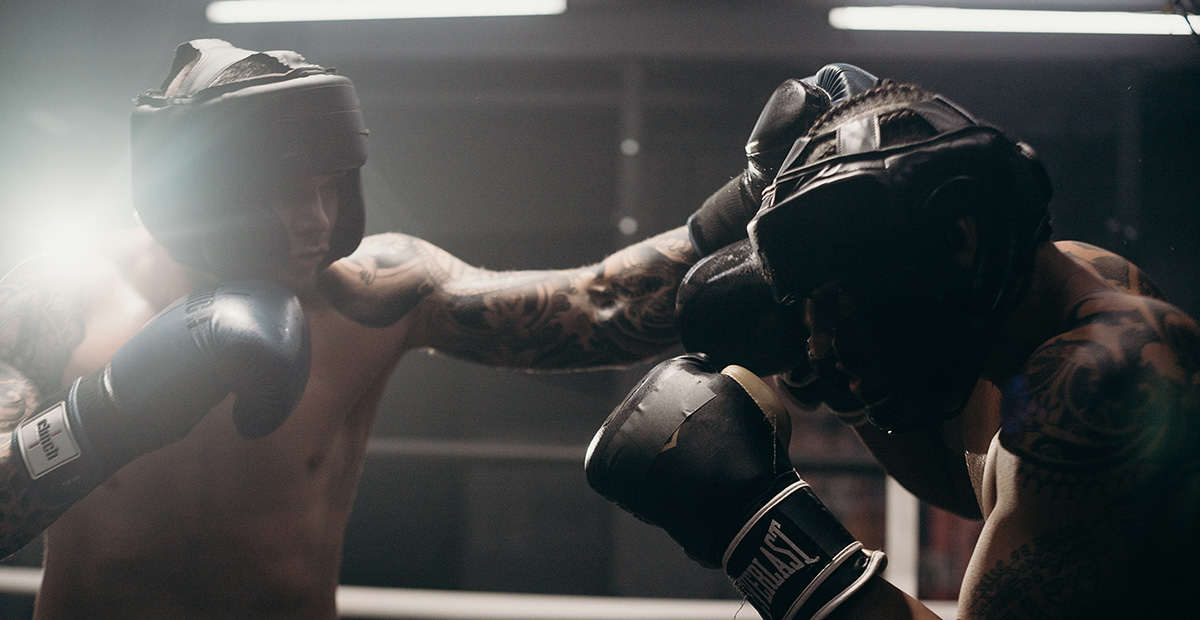 Although motorcycles and trucks may not be the first thing to come to mind when you think of sports, there are plenty of professionals and spectators who would beg to differ! Considered extreme sports, most motorized sports should be played with extreme caution and under the supervision of professionals.

No, these are not the same as mind games, although many would make those seem like a sport as well! Mind sports refer to games that require significant thought, planning, and strategy, such as poker or Texas hold’em. Whether these are actually sports or not is quite contentious, but we’re not here to judge!

One of the most recent developments in the world of sports is the rise in popularity of eSports. These were developed as technology advanced and computers became more accessible to people all over the world. Nowadays, there are major eSports championships all around the world with championship awards of as much as $40 million!

Other sports and games in Spanish

Sports are so diverse and inventive that naturally many don’t fit one particular category. Here, you’ll find many “misfits” or unique sports that don’t fall into any of the above categories. Enjoy the following table with some fun sports and games in Spanish!

Competitive board games in Spanish

On top of sports, there are a few related vocabulary words that you should learn to round out your sports vocabulary. Below you’ll find a list of some helpful words for sports venues, different types of matches, and even players!

Want more real-life examples of sports conversation? Check out the example conversation below between two friends. One of them is nervous because he’s going to the snow but doesn’t know how to ski, and his friend gives him some uplifting words.

If you’re already itching to get in the court or have already committed yourself to playing sports with some Spanish speakers, you’ll want to check out the following conversation. This is an example of a conversation between two friends after a soccer game where they discuss some of the highlights of the match. 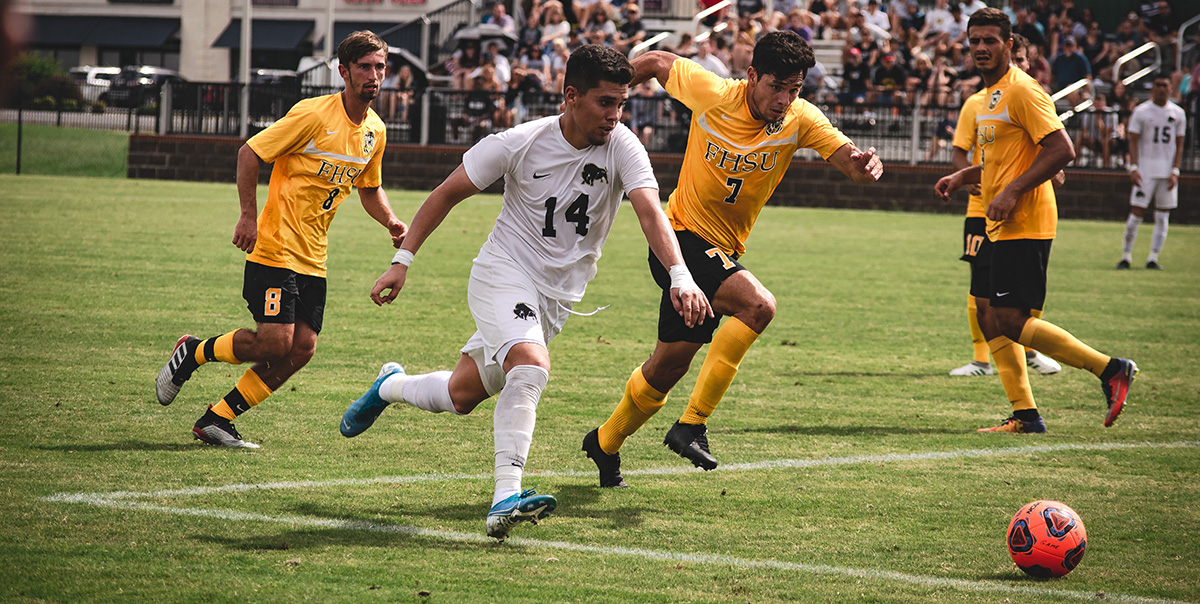 Soccer is so popular, in fact, that one of the most popular original Spanish-language Netflix shows revolves around a football club! Netflix’s Club de Cuervos is a hilarious Mexican comedy-drama that deals with a fictitious soccer club and its owners. Watch this if you’re looking for a funny yet effective way to learn Spanish!

The member countries of the Caribbean World Series are:

So, if you’re a baseball fan and are looking for a Spanish-speaking country that shares your passion, any of the countries above will be a safe bet!

The practice of bullfighting has been a part of Spanish culture for well over a thousand years, dating back to the eighth century. This sport consists of a bullfighter (known as el torero) repeatedly teasing a bull to prompt an attack. The bullfighter must dodge the attack and stab the bull with a sword until the bull collapses and dies.

While this sport is still very popular in Spain and some Latin American countries, its popularity has been drastically decreasing due to concerns about animal abuse. Many cities have chosen to ban the sport altogether. For example, Mexico City recently issued an indefinite ban on bullfighting within the city limits.

Boxing is an extremely popular sport in many Latin American countries, but especially so in Mexico and Panama. Some of the best boxers in the world come from these two regions, making them true powerhouses in the industry.

Perhaps Mexico is the Spanish-speaking country with the most fanaticism for boxing. After all, Mexico is the birthplace of many combat sports like lucha libre. If you ever find yourself in Mexico City, make sure to attend a lucha libre match at Arena México!

If you thought cycling was only popular in France, you might want to think again! Of course, people cycle for fun all over the world, but where else do people watch a cycling event like they do every year in France when the Tour de France is going on? Well, Spain!

La Vuelta a España is the Spanish version of the Tour and was established in 1935. It’s been held annually since 1955 and attracts thousands of viewers every year. If you’re into cycling, look no further than Spain!

Okay, maybe you’re a born-and-bred American and have a passion for (American) football. But you also want to learn Spanish! Does that mean you’d have to give up football in order to move to a Spanish-speaking country? Not necessarily!

If you’re a fan of the NFL, you probably already know that Mexico City hosts at least one NFL game every year. That’s because there’s a large NFL fanbase in Mexico that is eager to fill up the stadium to enjoy the game.

In fact, la Liga de Fútbol Americano Profesional was founded in Mexico in 2016 to foster this interest in football in Mexico. The league continues to expand and currently has seven teams from across the country.

So, if you’d like an immersive Spanish-learning experience where you can also practice football, Mexico would be the perfect place for you!

Now that you’ve covered over 300 sports vocabulary words in Spanish, nothing could take you down. Whether you’re an inspired athlete with Olympic ambitions or simply want to make new friends and have a good time, you’ll surely find a way to put your newly-acquired vocabulary to good use.

And don’t forget to stay hydrated as you’re working up a sweat playing sports! Our guide to beverages in Spanish will help you replenish those electrolytes as you exercise. And don’t neglect your diet, either! Check out our guides to fruits and vegetables in Spanish to ensure peak performance as you play your favorite sports.

If you enjoyed this guide, be sure to check out the rest of our fun and helpful Spanish guides! We will teach you thousands of useful vocabulary words in easy-to-follow guides to help you improve your Spanish. Oh, and best of all? They’re all completely free!

214 intriguing weather expressions in Spanish you'll take a shine to

A ridiculously helpful guide to 9 types of Spanish pronouns