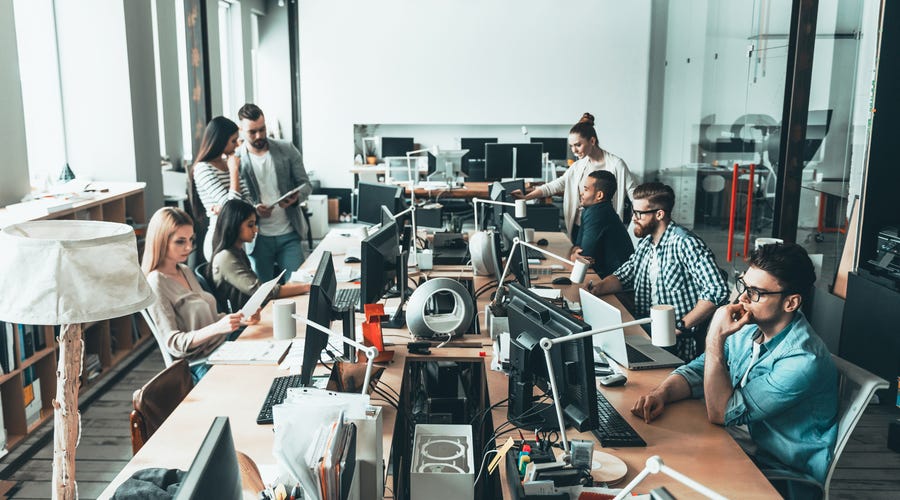 Management Stereotypes: Where They Come From and What Companies Can Do to Combat Them

Have you ever heard the following statements? “Women make decisions based on emotion, while men make them based on reason,” “Computer nerds are bad at sports,” or “Germans are punctual and always work efficiently.” Stereotypes are stubbornly persistent, especially at work.

We must, however, learn to beware of them if we are to loosen ourselves from their grip, because cliché notions about coworkers cause disharmony in a team and result in unfair employee evaluations. They can even cloud managers’ judgment on which applicant is the best fit for a position, and in doing so, adversely affect the company.

But what are stereotypes exactly and where do they come from? In the following article, we shed light on how to sidestep the pitfalls of stereotypes and what you can do to deliberately break them down.

Stereotype, prejudice, cliché – are they all the same?

The terms stereotype, cliché, and prejudice are often used interchangeably. However, each one describes a slightly different thought process.

Stereotypes are images we have of individuals or members of a specific social group. Individuals or groups are reduced to single characteristics. At the same time, we bear in mind that humans are obviously more complex and our surface-level thinking does not reflect all their nuances.

Stereotypes are necessary, unconscious, and largely develop automatically. They act as templates that scale down the complexity of reality. They help us find our bearings in the world and in the way we relate to others.

“Men are not interested in skincare” is an example of a well-known stereotype.

Prejudices, in contrast to stereotypes, are not a product of our subconscious. In fact, they are held deliberately, despite any evidence to the contrary. Prejudices do not necessarily result in a specific behavior, but they are nonetheless unquestioned, rigid opinions, most of which have negative connotations.

“Women cannot park” is an example of a typical and widely held prejudice.

However, the line between clichés and stereotypes is rather blurry. Clichés are often described as the evolution of stereotypes, outdated and born of a lack of thoughtful consideration. Clichés arise when stereotypes become too deeply rooted and are no longer called into question. While stereotypes refer exclusively to people, clichés can be applied to an atmosphere, to situations, or to phenomena.

The typical image of a sunset, an indispensable element in any respectable vacation photo, aiming to immediately transport the viewer to that romantic atmosphere, is an extremely popular cliché.

People tend to differentiate between their own social group and “the others.” In doing so, we assume – in most cases unconsciously – that people who share a common conspicuous characteristic are also similar in other regards.

That is why gender stereotypes are more prevalent than those pertaining to social status – gender is a much easier characteristic to discern than someone’s account balance. When we make these assumptions, we apply the characteristics of a single person to an entire group, thus perpetuating inaccurate generalizations.

For example, if someone named Lorenzo Mazza applies for a position in a company, most of the staff is going to spontaneously envision an Italian man with dark hair. This tendency is informed by the image in our subconscious that depicts Italians as a group of tan, dark-haired individuals. But we should not be surprised when a blond man with blues eyes suddenly appears for the job interview!

Stereotypes in the workplace: Societal trends and challenges for companies

Stereotypes in the professional world are not uncommon. They can be rooted in gender, generational, or cultural differences, for example. This poses a growing challenge to companies, because the fact that increasingly diverse groups are joining the labor market is a reflection of demographic trends: higher birthrates in non-European countries, increasing migration to industrialized countries, a growing proportion of older employees, as well as an increase in the number of working women and the attempt to better integrate people with disabilities into the labor force.

Many companies have recognized the opportunities these developments present. They want to integrate and retain members of different sectors of society through diversity management. At the same time, they want to take advantage of the potential these differences offer – potential such as foreign language ability and intercultural skills of their employees, Diversity management is also useful when a company wants to portray itself as open, modern, and international to customers, potential employees, and the public. 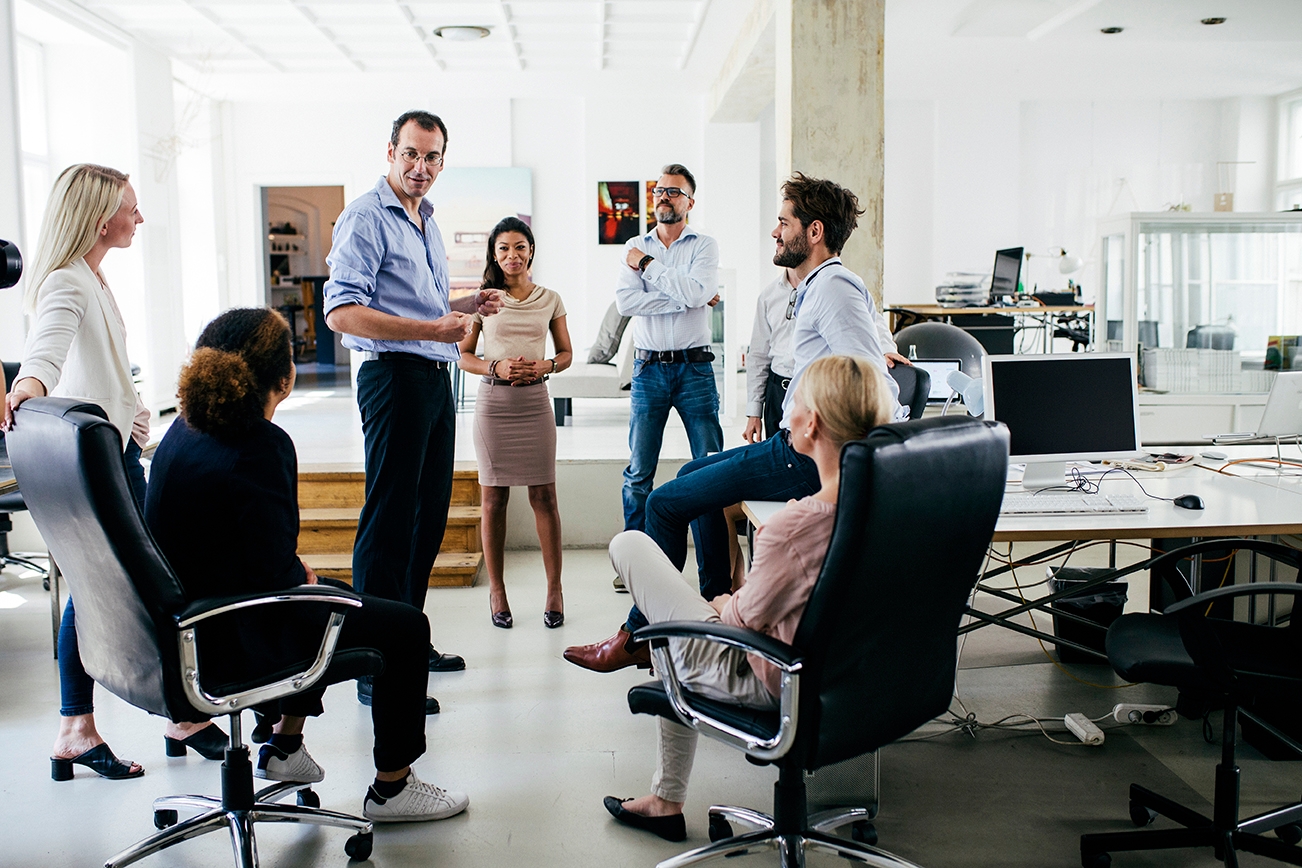 The advantages of diversity are, however, countered by difficulties. Differences in origin or membership in different genders, generations, or cultures presents a high risk for conflict, especially in group processes.

When stereotypes about the “others” transition into prejudices, business success can become seriously compromised. Once prejudices exist, they rapidly engender mistrust, preventing cooperation or at worst leading to social discrimination.

The scales can also tip in the other direction. When it comes to job interviews or promotions, it is not uncommon for certain candidates to be preferred over others due to bias; this despite demonstrating equal or even worse performance and abilities as compared to other applicants.

How to deliberately break down prejudices

Social psychologists Carl O. Word, Mark P. Zanna, and Joel Cooper described the phenomenon of the self-fulfilling prophecy back in 1974. Their research question addressed the issue of why African Americans performed more poorly in job interviews. They discovered that this was not due to the fact that this group was lacking qualification, but rather could be traced to the personnel managers themselves. Due to their negative expectations of this group, they were dismissive and favored other candidates. This was also demonstrated by their non-verbal communication, meaning their sitting position as well as their body language. This negativity expressed in the general tone of the interview made applicants feel unsettled, and thus interviewers considered their prejudices to be confirmed.

Thanks to social standards and values, stereotypes and prejudices are much less frequently expressed today than they were a few decades ago. However, that does not mean they do not exist! Quite the opposite; latent generalizations are even more difficult to recognize and combat. Often, the guilty parties describe themselves as open-minded and free of prejudice and do not recognize their rigid pattern of thought as problematic.

Human Resources and Management should do everything possible to avoid conflicts that arise because of stereotypes. To achieve this, they can strive to broaden employees’ horizons to ensure that stereotyped thinking is not cultivated in the first place.

For example, they can establish regular encounters and exchange between different groups in the company. In theory, this approach sounds very promising; however, according to research in social psychology, it is only rarely met with success. This is because in order to be acknowledged, those who belong to the minority ideally must enjoy a higher status than the majority.

However, in a given company, especially one dealing with conscious or unconscious discrimination, this is very seldom the case.

Furthermore, stereotypes tend to solidify because they instill those who subscribe to them with self-confidence. Observations and experiences are considered confirmation of one’s already held convictions while contradictory evidence is readily ignored. Higher-ups in companies only have a small portion of working time available to them to address these problems in a targeted manner, and even then they are limited to the work environment.

It seems that a better strategy consists of starting with the factors that influence the development of stereotypes and encouraging or attenuating them as appropriate. An example of a concrete measure would be to establish company rules that precisely describe what sort of conduct should be avoided by all employees. They would be a continual reminder that discriminatory attitudes do not correspond to company values.

When it comes to hiring decisions, it is wise to introduce clear, transparent, comprehensible criteria. However, opinions are divided on anonymous application procedures. Proponents argue that anonymous procedures increase equality of opportunity and make it easier to compare candidates. Critics take an opposing view. They maintain that discrimination is not challenged in this way, that it comes into play later in the application process, during an in-person meeting, for example.

Alongside these approaches, many educational and training programs on the subject of diversity have been developed. Here, participants initially get to know each other better and address similarities and differences. They then discuss the opportunities and risks associated with diversity management and work on aptly implementing this approach to respond to the situation in their own company. Typical conflict situations are played out and resolved in a protected environment through simulations and role-playing.

Stereotypes, clichés, and prejudices still pose a major challenge to companies today. Consistent diversity management can help sidestep discriminatory hiring decisions, and generally contributes to greater business success. Education and training can provide additional aid. You can certainly raise awareness about how prejudices come about, how they (unconsciously) operate, and especially about the fact that no one is completely unaffected by them.

We will never be able to definitively eliminate generalizations, but knowledge of our own beliefs can certainly mitigate their negative repercussions.