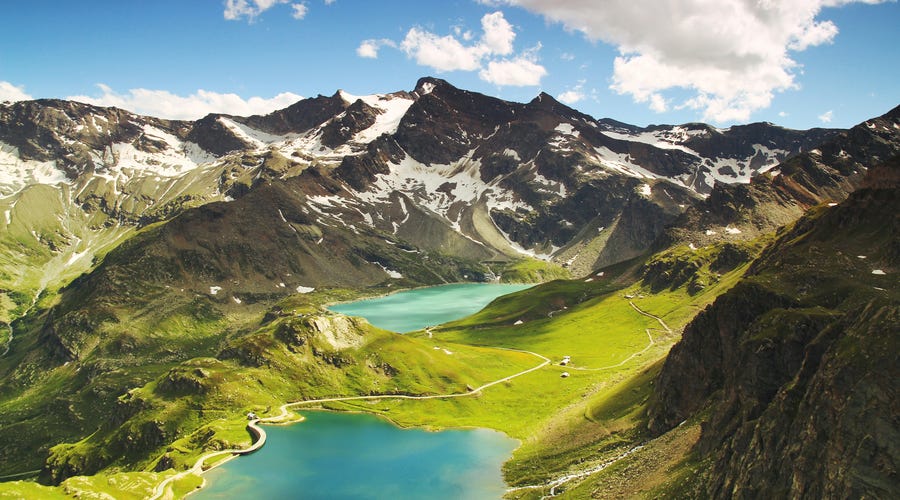 How to say 114 beautiful geographical features on Earth in Italian

Mount Vesuvius in Naples. Historical canals in Venice. Tiber River in the Roman capital. These are just three examples of Italy’s rich geography.

In fact, Italy has a little bit of everything when it comes to landforms and bodies of water! There are beautiful sights to experience in every region, so it’s only natural to talk about all that the most beautiful peninsula has to offer.

Maybe you’re learning Italian as a hobby, or perhaps you’re planning a trip to Italy and want to brush up on some vocabulary and phrases. Whatever the reason, it’s important to be able to talk about different landforms in Italian. Geography is so ingrained in Italian history and way of life, and understanding it can only help you get better acclimated with the language and culture.

This boot is made for…

Just think about it: even the shape of the country itself is unique: a boot! This boot isn’t made for walking, though. It’s made for kicking! If you look at the map, you’ll notice that the mainland seems to be “kicking” one of its two separate islands: Sicily. Italy is a peninsula - or a piece of land almost surrounded entirely by water while remaining connected to a mainland. Although 116,350 square miles might not seem that big, the Italian peninsula contains a wide array of geographical features.

Before we journey into the different landforms, let’s take our first step by looking at some basic terms. Keep in mind that the Italian language takes masculine and feminine articles, which will be used throughout the article.

Features of Earthly geography in Italian

With some of the most beautiful geographical wonders at our fingertips, we need to start somewhere! First, let’s cover the most common landforms and bodies of water that you should know. Even if you’re not a geography buff, this list will prove useful whether you’re learning about Italy from home or actually touring around the peninsula.

Going forward, keep in mind that there will likely be some overlap between words included in certain sections. Ready to go into more detail? Get your geology hats on - it’s time to adventure out into Italy’s beautiful landscapes!

Coastal and oceanic landforms in Italian

Coastal and oceanic landforms are all about where the land meets the sea. Italy is home to many rocky coasts as it looks out into the Mediterranean Sea, and boasts a coastline of almost 5,000 miles!

Whether you’re driving along the Amalfi coast or near the high point of the Adriatic Sea, the Italian coastal landforms are definitely worth noting. Here are a few words that pertain to coastal and oceanic landforms, along with some pronunciation tips.

Erosion landforms are pretty rough and rugged thanks to natural damage from water or air, but they’re breath-taking all the same! This group contains some important examples, like canyons and caves.

A fluvial landform is shaped by various types of running water, including streams or rivers. They can range in size from small to large, as you’ll see in our examples below.

Have you ever heard of an “extraterrestrial impact”? It’s actually really cool to picture! You can think of these as landforms that were created by something “extraterrestrial” and have eroded over time.

Mountains and glacial landforms in Italian

This section is particularly important for Italy! Whether you love hiking, skiing, or just hanging out in the ski cabin, you’ll never be bored in Italy. The Italian Apennine range extends more than 600 miles across the peninsula, and the famous Alps act as a beautiful border to France.

Italy has some of the most active volcanoes on Earth, and if you’re familiar with Italian history, you’ve probably learned about Mount Vesuvius’ catastrophic result on Pompeii. Although its volcanoes could erupt at any time, Italians hold a deep respect for these volcanic landforms.

Bodies of water in Italian

The Italian peninsula is not afraid of water, that’s for sure! The country has many large, freshwater lakes, like the famous Lake Garda and Lake Como. Plus, there are approximately 1,200 rivers all throughout the country! 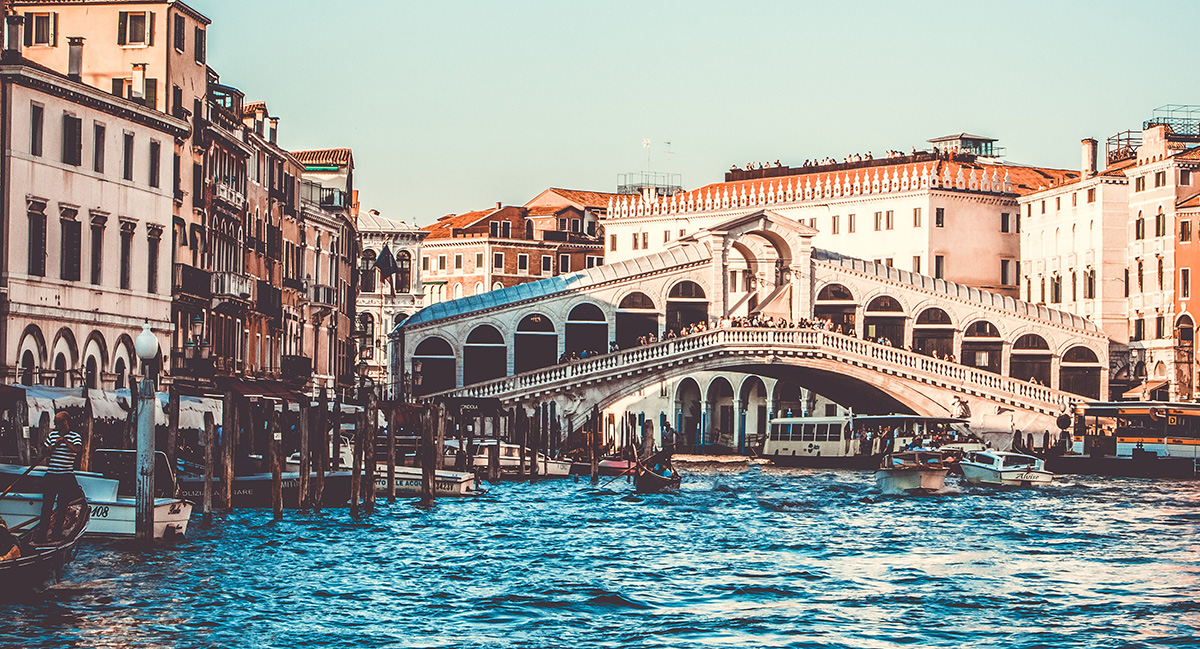 Phrases or idioms that contain landforms and geography in Italian

Incorporating geography in Italian via idioms and phrases into conversation is one of the best ways to master not only vocabulary but cultural elements, too! And as you’ll see in the table below, some common Italian idioms creatively use some of the words we’ve just learned. You might even notice that some of these idioms have an English equivalent!

Exploring all that Italy has to offer

If you find yourself traveling throughout Italy, eager to explore the stunning landforms it has to offer, make sure to do your research first. If you’re interested in lakes, the Spring (April to June) and Fall months (September to October) are perhaps the best time to go, offering travelers more enjoyable climates and fewer crowds.

Skiing, on the other hand, is best enjoyed during the Winter months (December to February) - just make sure you don’t mind sharing the slopes with visitors from all over the world.

No language learner is an island: Keep practicing!

As we know, “nessun uomo è un’isola” - and that goes for everyone studying the Italian language, too. Check out our other articles ranging from Italian vocabulary to pronunciation here, and keep practicing until you’re as fluent as le rapide, as confident as una montagna, and…well, you get the point!