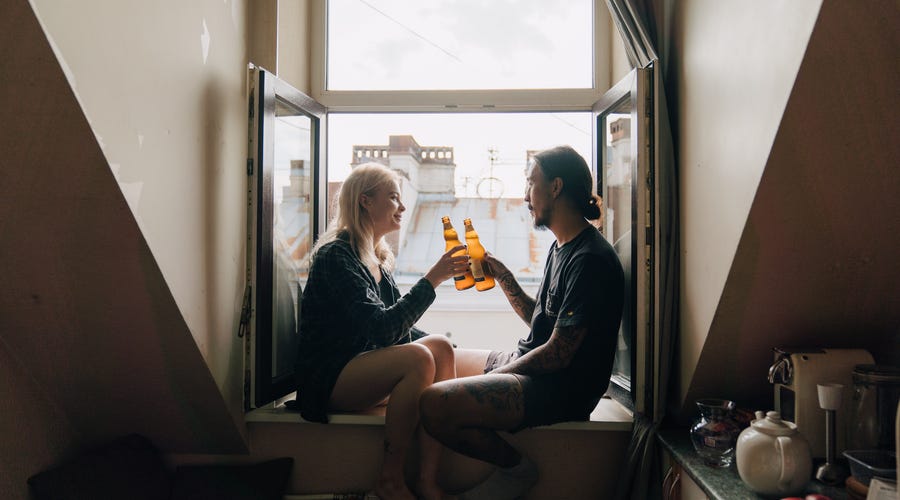 France is renowned worldwide for its wines. But the hexagone also boasts an extensive beer menu, with both national brands and local brews.

The best — partially — francophone country for beer lovers is without a doubt Belgium, while Québec also offers hundreds of options.

If you’re more into lager than wine and you’re planning a trip to a French-speaking country, this article is definitely for you. And for other drinks, don’t miss our guide to drinks in French.

So, beer with me to learn how to say “I would like a beer" in French and other useful terms!

How to say beer in French

Beer in French is bière, and it’s feminine. Plural follows the general rule with an “s”: bières. It’s pretty easy, except maybe for the pronunciation – which you can master by watching, listening, and copying the pronunciation in this video.

Types of beer you can order in French

Fun fact: Beers in French are like a woman’s hair color: blond or brunette! (blonde, brune)

How to describe beer in French

Thanks to the table above, you should have managed to order your beer — and if not, it might be time for a French course! Now, you’re enjoying it with your francophone friends and you’d like to describe it? Then keep reading! 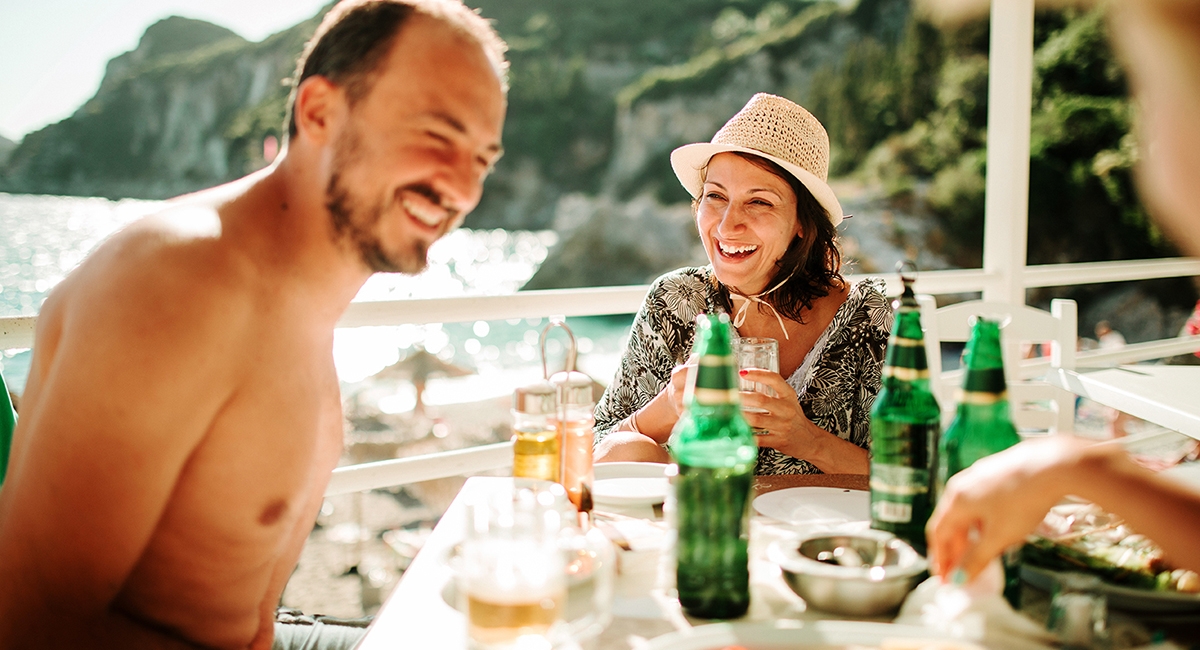 How to order a beer in French

It’s awesome to know beer names and adjectives, but it’s even better to know how to make a sentence with them! If you only stick to single words, you might end up speaking caveman French — dixit my fiancé when he speaks Spanish.

From a simple “I need a beer” to “Do you want a beer” in French, learn to order a pint in style and the possible answers!

Lazy tip: If you’re with someone and are not sure about your French skills, you can always wait for your friend to order and say “La même chose” (the same).

Beer vocab in French for the dummies! Just kidding, some of these are pretty technical! 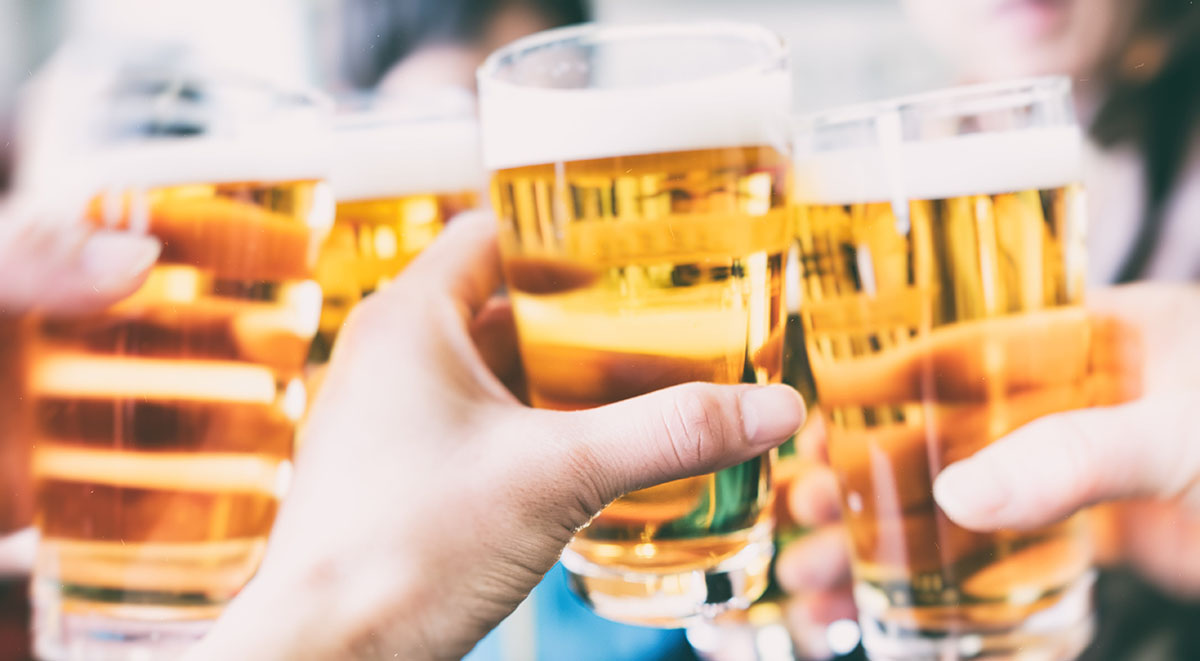 What’s with the syrup?

It will probably come as a shock to beer amateurs, so you might want to sit down before reading this. Ready?

Many French people like to mix their beer with… syrup. “Sirop” has been part of French culture for centuries, and added to all kinds of drinks such as water, soda, milk, and yes, beer.

The most popular French “beer cocktails” are the Monaco, with grenadine syrup, and the Demi-pêche, with peach syrup.

That being said, some bars offer a variety of syrup flavors for your beer, from coconut to kiwi!

I know what you’re thinking: And they say the French know gastronomy!

Can I pair beer and cheese?

For some purist, old-school French people, the answer might be a big NO. My answer is: Pair cheese with whatever you like! I’m all in favor of freedom, so pas la peine d’en faire tout un fromage !

I’ve been drinking water — not wine — with cheese my entire life, as I like cheese too much to pair it with anything else.

So, if you like your cheese with beer, experts recommend different profiles of beer depending on the cheese type. Here is an exhaustive article about the perfect beer & cheese pairings.

And if you’re getting hungry, our guide to food in French will help! 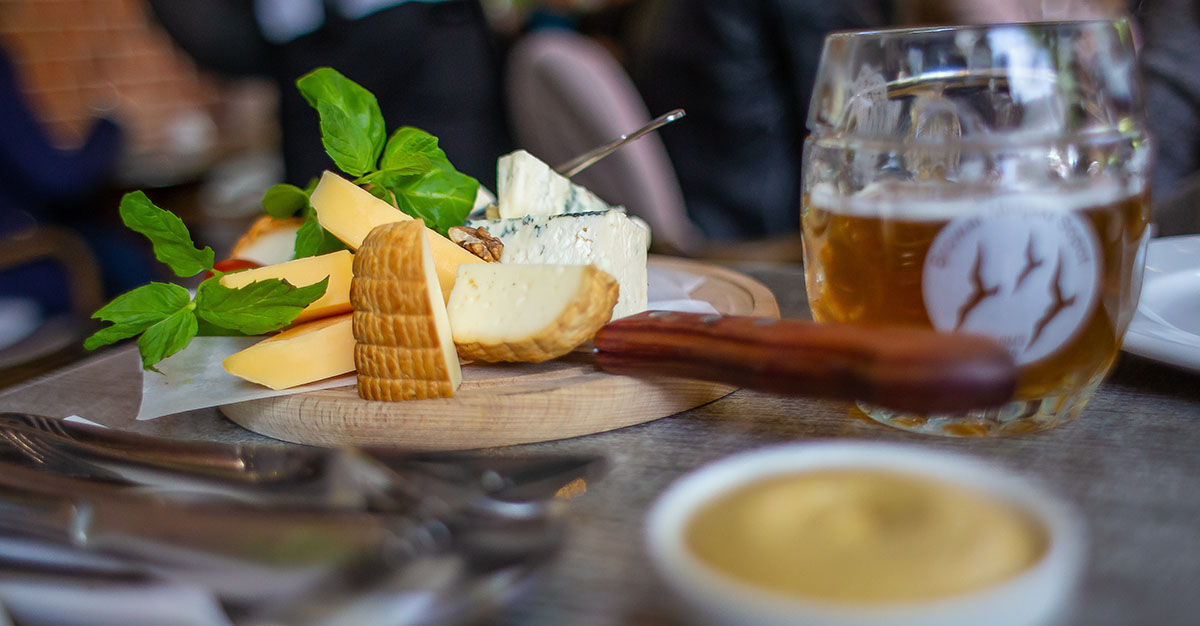 If you’re as passionate as Jacques Brel was about beer, you probably enjoyed this article – remember we have a tonne more fun, free French vocab blog lessons over here. Now you’re ready to hit the French bars and pubs and order a cold beer in French, an IPA beer in French or any brew craving you might have!

While you’ll find the main brands of French, German and Belgium beers pretty much everywhere, it’s worth trying to find bars or pubs serving local and microbrews — if only for the cool labels!

And if you were a little too enthusiastic about la bière, learn how to order a coffee in French the next morning.

How to order coffee in French like a proper connoisseur

76 delicious drinks in French to help quench your word thirst