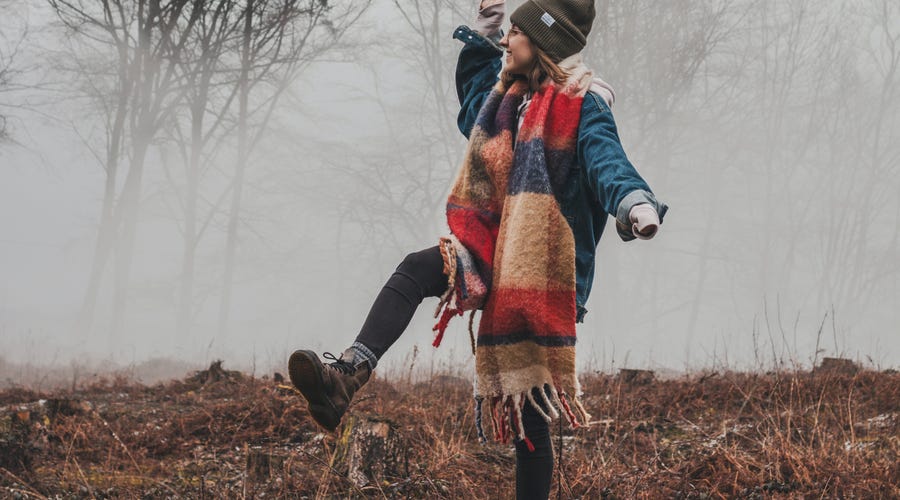 Italian possessive adjectives: What are they? A simple guide

Italian is such a beautiful, melodic language full of enchanting vocabulary, funny idioms, and… some potentially tricky grammar points, like the twenty-four possessive adjectives. Yes, twenty-four. But I promise that you’re going to get the hang of them after reading this article!

Listen, it’s time to master the possessive adjectives in Italian. These are necessary in your language-learning journey, because they will help you describe ownership of things, like your Ferrari car, your beautiful Italian greyhound, your favorite scarf, and a whole lot more. This article is going to walk you through the different possessive adjectives in Italian, show you a helpful chart that you can reference, and give you some useful phrases. Oh, and there’s even a song at the end. Let’s get started!

What are possessive adjectives in Italian?

Woah. Don’t worry, though! This article will break everything down and take it step by step. 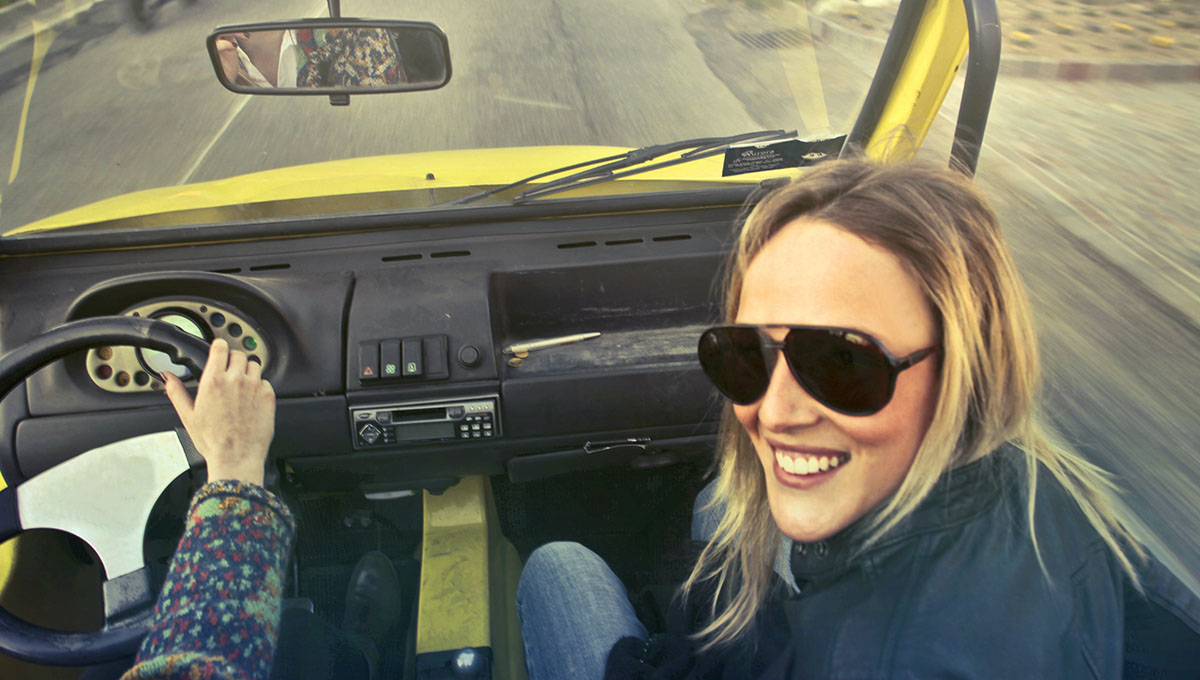 What’s the difference between possessive adjectives vs possessive pronouns?

Let’s quickly review the minor difference between possessive adjectives and possessive pronouns to avoid any confusion.

In English, the possessive pronouns are: mine, yours, his/hers/its, ours, yours, and theirs.

See how they’re slightly different to the possessive adjectives we looked at earlier?

In Italian, possessive adjectives and possessive pronouns are spelled exactly the same, but they’re used in different contexts. We’ll look at the full list in just a bit!

Remember, possessive pronouns in Italian aren’t attached to a specific noun. Instead, they replace the noun so we don’t have to repeat it in a sentence. Take a look at this conversation below to get a better idea of that, especially with Lucia’s response.

In this article, we’re going to focus on using the possessive adjectives. They don’t replace the noun, because they are used with the noun. Let’s take a look at a different conversation to understand it a bit better:

Marco: Vuoi usare la mia macchina stasera? (Do you want to use my car tonight?)
Lucia: Si, per favore! Devo prendere il mio amico all’aeroporto. (Yes, please! I need to pick up my friend from the airport.)

Notice how Marco (a male) uses the feminine la mia to reference his car. That’s because macchina is a feminine noun in Italian! And Lucia uses the masculine il mio to reference her friend (who is a male).

Now that we’ve gone through those key differences, let’s delve into the possessive adjectives in Italian. Our chart in the next section goes through each one and provides some useful examples as well.

Keep in mind that when it comes to “His, Her, Its”, the possessive adjectives in Italian are all the same. So, if we’re in a large group of people and someone says È il suo compleanno oggi!, we would need to use some context to figure out exactly whose birthday it is, because it could be his, hers, or its.

However, Italian does differentiate between the informal and formal (polite) you forms. So, let’s imagine you need to use a possessive adjective when talking to an older stranger on a train. In that case, you would address that person in the third person, which you’ll see in the table as “His, her, its, your (formal)”.

Remember: we need to understand the “gender” of the object (the watch). In Italian, orologio is masculine and takes the definite article il. This means that we must use the masculine possessive adjective, even if we are talking to a woman. Our example sentence would remain the same, even if we’re talking to a Signora!

This is probably the biggest difference (and source of confusion) for English speakers learning Italian. Don’t sweat it, though. It definitely takes time and practice to get this down! For now, you can refer to this table for some useful examples and create some of your own.

*Notice how loro remains the same. The only thing that changes is the definite article! 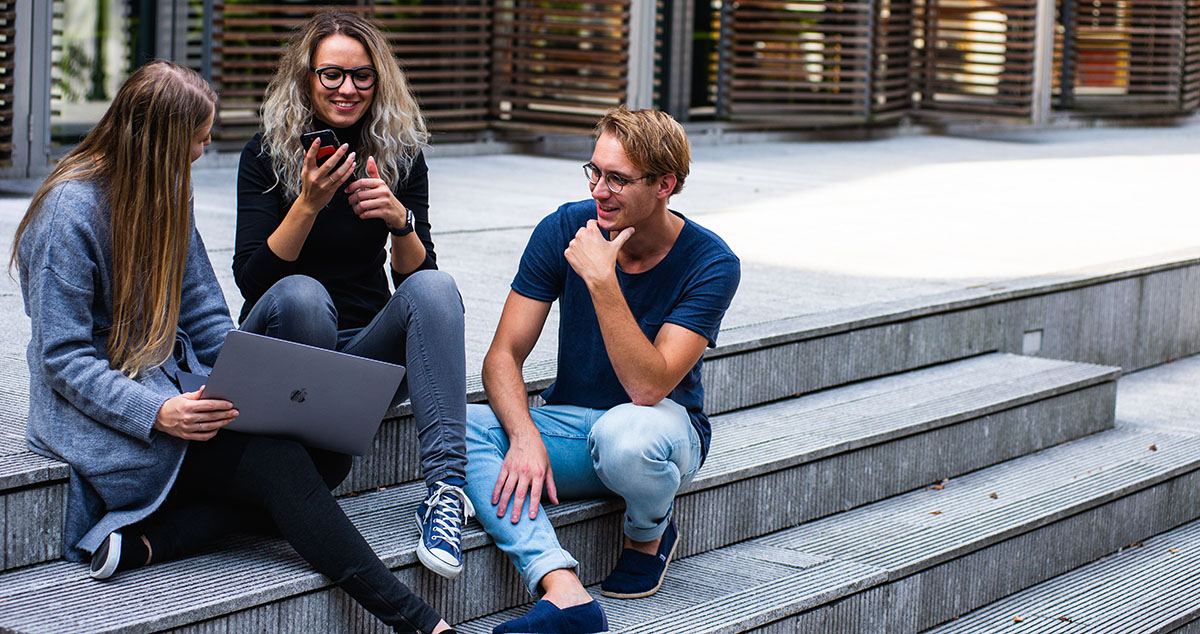 Are you ever in those awkward situations where you don’t know how to strike up a conversation? Oddly enough, possessive adjectives can help!

You can also use possessive adjectives when talking to your waiter. Of course, the last example should only be used with close friends or family!

3. At the Doctor’s Office / Pharmacy

Uh-oh, your stomach hurts. If you have to describe your pain or your body, you’ll need to keep some exceptions in mind first. When it comes to body parts, you should actually omit the possessive adjective, but keep the definite article.

Think about it this way: it’s obvious that the headache you’re feeling is from your head, so you can skip saying the possessive adjective. Take a look at the examples below.

Speaking of this, it’s not a bad idea to brush up on the body parts in Italian!

When not to use the definite article:

1. Talking about a singular family relationship

When to use the definite article:

2. Talking about a plural family relationship

If you’re talking about your two brothers, or your three cousins, then you need to bring back that definite article.

If you want to talk about your Italian cousin, or your blonde sister, then you need to use the definite article.

If you’re talking about “loro”, you need to keep the definite article. It’s as simple as that!

More endearing terms like “mamma” or “papà” play by their own rules, and it’s up to you! You can also decide to use or omit the article when talking about your grandparents (nonno, nonna).

If you want to brush up on all the branches of your family tree, make sure to review our in-depth article!

In doubt, sing it out

Once you start learning Italian grammar, you’ll start to notice it everywhere… especially in TV series, films, and even songs. Jovanotti, a popular Italian and international singer, relies on possessive adjectives all throughout the lyrics in his song, "Come musica".

Take a look at some of the lyrics below and notice how each line uses a possessive adjective. It’s like he wrote this song just for this article! PS: You can listen to the whole thing here.

“Our” article has come to “its” end

We covered quite a bit of rules and details when it comes to the Italian possessive adjectives, and don’t worry if you need to revisit this information as you practice using them in conversation!

Like anything, mastering our twenty-four new friends (and other Italian grammar and vocabulary) will take some time and patience. See you next time!

Family in Italian: 125 terms to master the family tree

How to master Italian pronouns: A comprehensive free guide