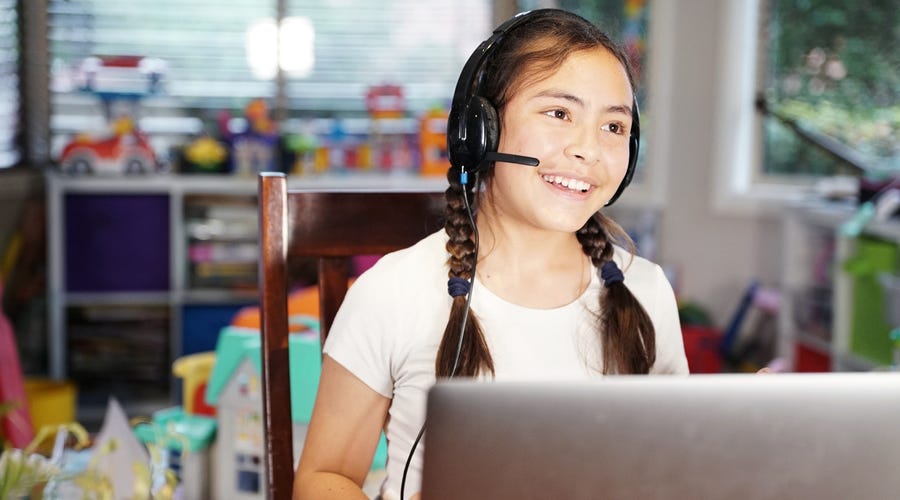 How can you expose your kids to a new language if their school doesn't have a world language department?

The benefits of learning a second language range from improved problem-solving skills and creativity to greater academic achievement and enhanced career opportunities.

Although many of these benefits may only be realized later on in life, research shows that the best time to learn a language is in early childhood.

One study by MIT researchers found that children are highly skilled at learning the grammar of a new language up until the age of 17 or 18. With that said, they’re more likely to achieve the proficiency of a native speaker if they start by age 10.

It’s for this reason that kids’ language classes are so important. Unfortunately, the availability of school language programs has been steadily shrinking over the last decade.

So what can parents do to help their children learn a second language if the school they attend doesn’t have a world language department? Let’s take a look.

What is happening to language departments in schools?

Despite the benefits of learning a second language from a young age, teacher shortages and tighter school budgets mean fewer schools are investing in kids’ language classes.

In contrast, the United States has no national language requirements, and on average, just 20% of students learn a foreign language in school compared to 92% of European students.

Another report showed that only 36% of Americans were aware of the importance of foreign languages in today’s economy. This highlights the general lack of emphasis on the importance of language study throughout the United States, which is contributing to the decline of school language programs.

What options do parents have?

Fortunately, even if your child’s school currently has no world language department, there’s a lot you can do as a parent to support their foreign language learning.

Some of the things parents can do include reading stories and singing songs together, as well as providing opportunities to practice the language in question, whether this means organizing playdates or attending cultural events.

In addition to practicing together at home, here are a few other options for parents looking to help their child become fluent in a second or even third language.

Language classes aren’t just for schools, and fortunately there are plenty of affordable online and blended language learning programs available for young people, from online Spanish classes for kids to language immersion camps for teenagers. If you’re not sure where to begin, start by identifying the language your child would most like to learn based on their goals and interests, and then compare the options.

Whether you’re looking to learn Spanish for kids or want to kickstart your child’s interest in a new language, language apps can be a great option. Learning a new language with an app gives kids the flexibility to learn anywhere at any time as well as the ability to choose any language they might be interested in. Additionally, most language apps gamify the learning experience, which can make it more enjoyable for young learners.

If you think your child would benefit from a more personalized learning experience, hiring a private tutor could also be an option. In-person lessons with a language tutor will help your child focus on the areas they most need to improve in, whether it’s speaking, reading or writing, and can also help them stay motivated once their initial enthusiasm wears off.

Petition to the school

Finally, if you’d like your child to have access to foreign language classes but have limited time and resources yourself, it could be worth organizing a school petition. Start by speaking to some of the other parents to find out who else might be interested in signing it. You can then outline some of the practical steps you’d like your child’s school to take in order to prioritize foreign language learning in their curriculum development.

Considering the many benefits of foreign language learning for kids and young people, investing in language education early on is so worth it, whether this takes the form of a language app, online class, in-person program or even summer camp. Berlitz offers a variety of interactive and age-specific learning programs to help kids and teens progress to fluency. Find out more.

How to say where is the toilet in German: A valuable guide

Does the learning styles theory apply to language learning?

The language of the future: Why coding might be the most important language a kid can learn