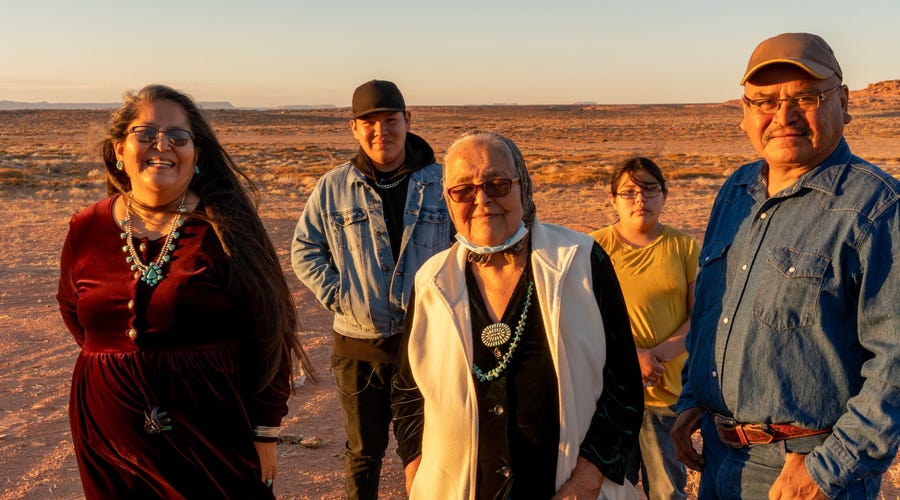 In this post, we take a closer look at some of the indigenous languages of North America. While you might not see courses in Cheyenne, Mic Maq, and Cree alongside typical foreign language offerings like German, Spanish, and Haitian Creole, they can supply us with some of the most valuable lessons about linguistics and culture.

That’s in part due to their unique grammatical structure, which frequently focuses on verbs more than nouns, and influences the way its speakers understand and interact with their environment.

American indigenous languages provide a unique window into the way language shapes society, and we think it’s worth exploring why.

What makes a language “foreign”? 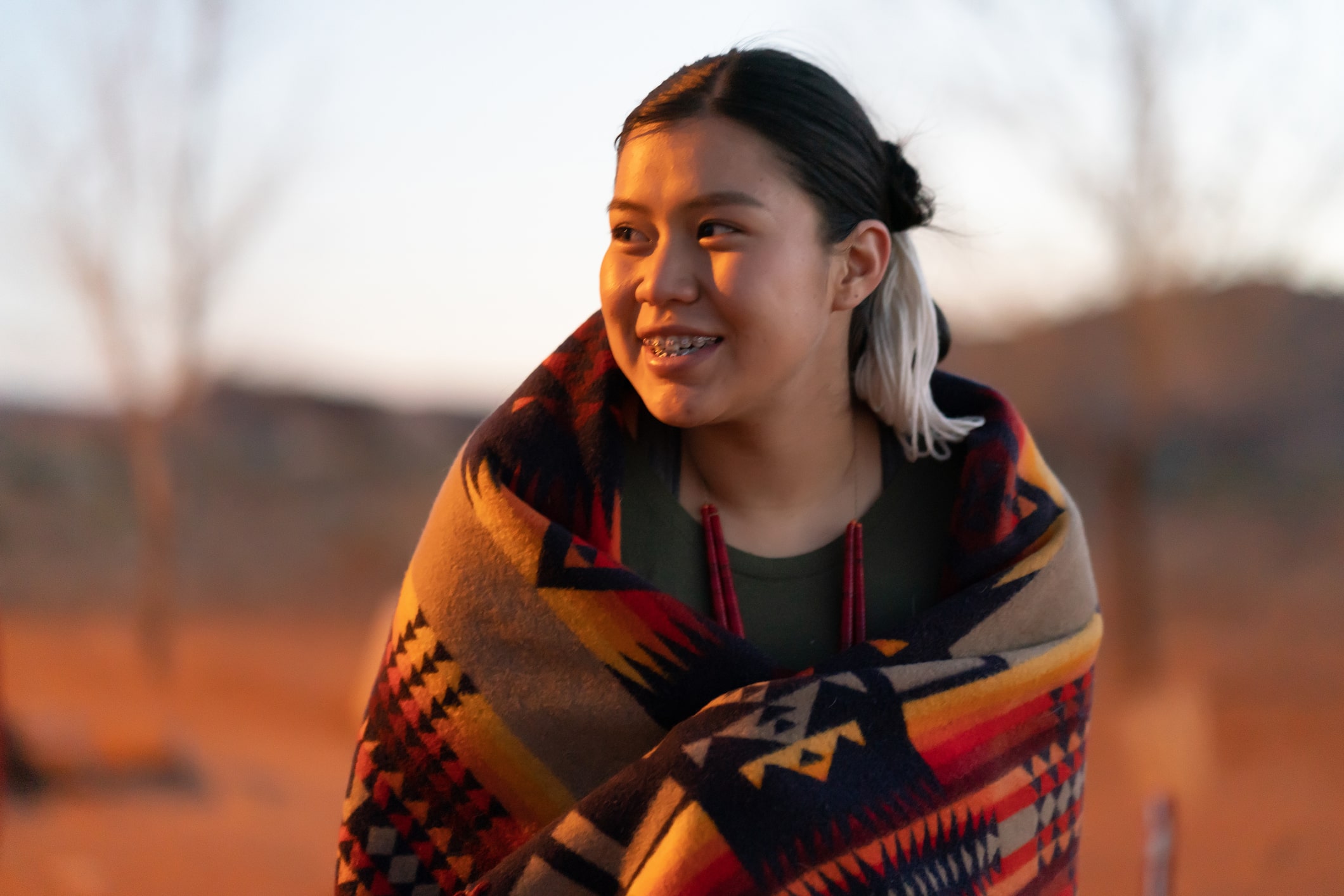 Some scholars argue that the only truly foreign languages in the world are spoken by the Indigenous tribes of North America. While eighty percent of the world’s languages follow some combination of the subject-verb-object form that evolved from a common Indo-European language form over 5,000 years ago, Algonquian languages—including Cree, Ojibwaj, Mic Maq, Blackfoot, and Cheyenne—often feature sentences that consist of only a single word, a verb root, expressing an action.

Who is doing the action, and to whom they are doing it, can often be conveyed with prefixes and suffixes.

For instance, an 18th century Jesuit priest, translating an Indigenous dictionary, interpreted the term Hipiskapigoka iagusit as “a healer sings to a sick man,” but modern linguists have determined it was actually a verb that expressed the act of singing and included, as modifiers, one who sang and one who received the song.

In Algonquian languages, “you” and “me” are not separate words; they are notations of equal value. Nouns are not needed to make complete or grammatical sentences either. In English, if we see flashing in the distance, we say something like, “The light flashed.”

Algonquian languages ask, what is the difference between the flashing and the light? None, except our own language tells us so, and forces us to create a fictitious substance, light, to do the flashing.

In the Hopi language of the southwest, a single word rehpi encapsulates the same idea, but it technically just means “flashed.” This is a very different way of thinking about not just grammar but the way we interact with our world.

“What we take as a measure of ‘foreignness,’” writes author, physicist, and Algonquian language researcher F. David Peat in his book Blackfoot Physics, “is somewhat of an illusion.

When we hear a language that is totally foreign to us, we may nevertheless be within our own language family, dealing with people who share some of our values, cultures, worldview, and science.”

How language impacts your worldview 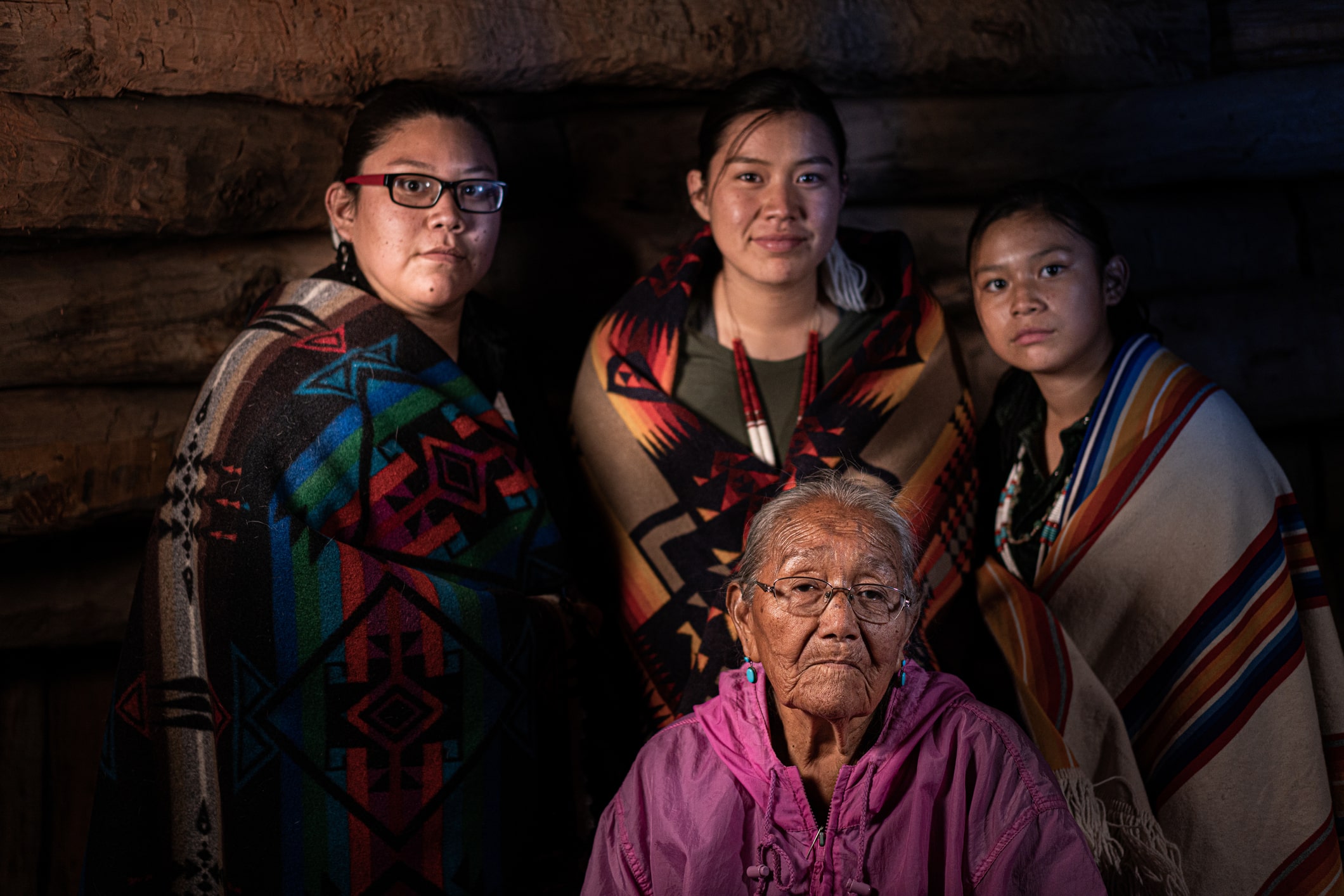 In English, we talk about the world in terms of matter, of objects in interaction with each other. In Blackfoot, the world consists of waves and energy in constant motion--hence the emphasis on verbs. When Dr. Leroy Little Bear, a Blackfoot scholar who founded Canada’s first Native American Studies Department, says, “What is possible in Blackfoot may be impossible in English,” he isn’t just talking about grammar and syntax; he’s talking about physics.

English guides us to think in terms of dichotomous absolutes, he says: good and bad, day and night, black and white. In English, “This is my knife, and that one is yours.” Blackfoot, on the other hand, prioritizes process and transformation. In Blackfoot, you may be able to put someone else’s knife to a different use, thereby animating it with your spirit. Possession and ownership are fluid categories.

“It is no wonder that Newtonian physics proved so powerful in the West,” writes Elena Liotta in her book On Soul and Earth: The Psychic Value of Place, “for its description of a world in terms of objects in interaction fits perfectly into most Indo-European language forms.”

English is a language for the eye. We say, “Ah, I see,” to mean we understand something, or speak of an “illuminating idea.” The English language does little more than mimic what the eye does better by giving emphasis to names and objects.

“We have perfectly good eyes,” says human rights activist James Sa’ke’j Youngblood Henderson. “If we want to discourse about chairs and tables, we can simply point to them.”

In his book, Peat explains how, to the Algonquin people, language is not a duplication of sight, but a complement to it. Instead of emphasizing visual appearances, Algonquian languages address a world of sounds and energies. These languages, designed for the ear, “deal in vibrations in which each word is related directly, not only to a process of thought, but also to the animating energies of the universe. Speaking is not meant to be a representation of reality, or something separate from it; it is meant to be an integral part.”

Peat says that, when speaking with his colleagues, Little Bear and Henderson, he would often sense their struggle to find the right words in English for the sound-vibrations within their own languages. 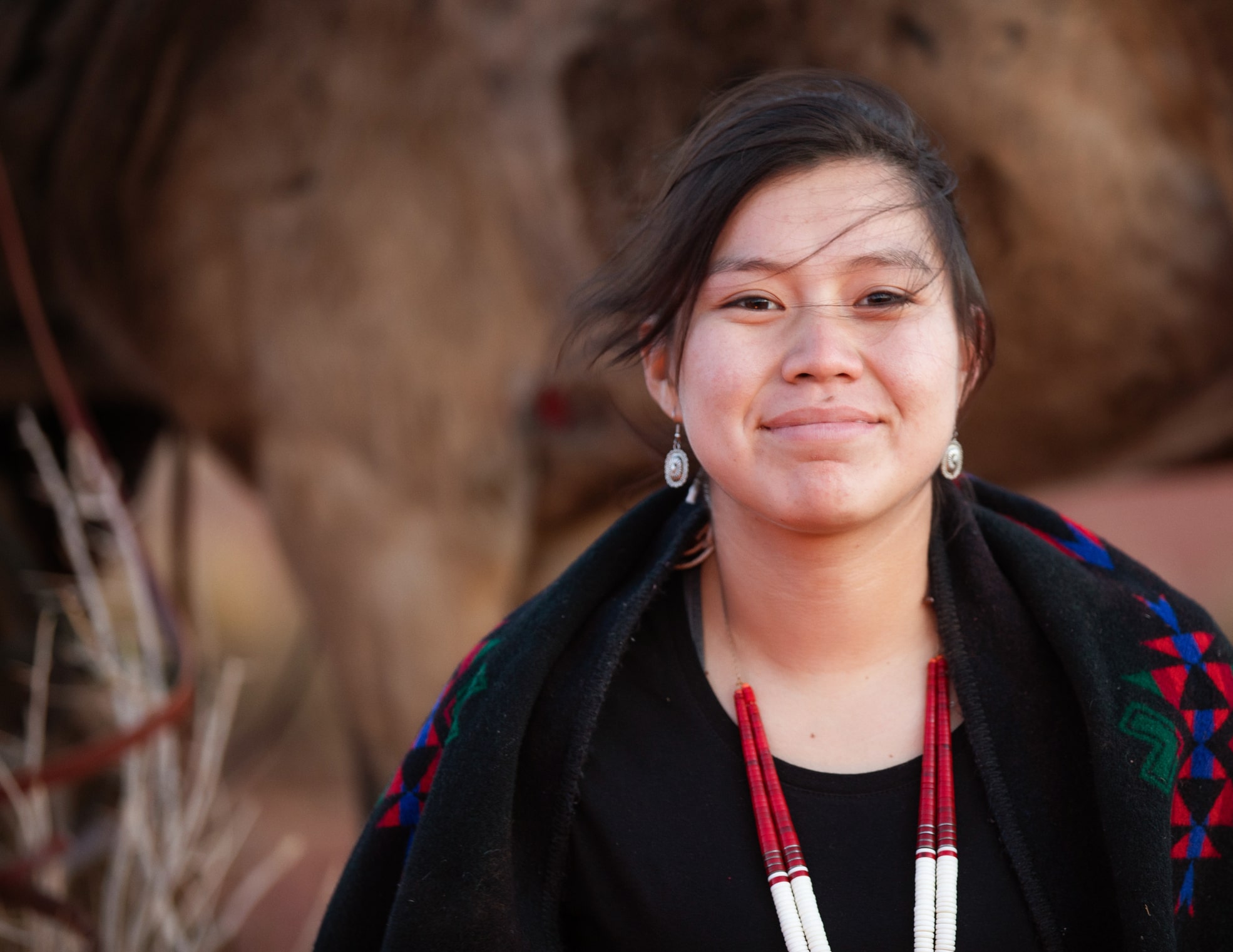 The structure of native American languages has had an impact on English, though it’s often gone unrecognized. For example, many of the compound nouns seen in English have their roots in Native American grammar.

Some European languages, being rich in nouns but weaker in verbs, drew from Native American languages to label things that couldn’t be captured within European grammatical structure. Since Native American nouns were often whole verb-like complexes, not unlike an entire sentence, English speakers began to string nouns together to try to capture the essence of a native term.

You may be surprised to learn that the following compound nouns in English have their roots in native grammar:

These types of constructions were rare in English until the colonial period. Modern English has continued to draw from this initial influence (e.g. bootleg). Still, this impact hasn’t been large enough to influence English speakers’ worldviews, per se.

For instance, in most Western societies, we still think of wellness and illness as properties of a person, something a person possesses. Medical institutions are driven by nouns. Most of our diseases are nouns, which we most often “have”: you have a headache, a stomach ache, acne, cancer, mumps, measles, etc.

However, disease can also be construed as a verb or process rather than a thing though it may not feel natural at first: “I'm head-aching, stomach-aching, acne-ing, cancer-ing, mumps-ing, measles-ing.” Thinking of them this way, as a transitory process rather than a fixed state, could make a world of difference when it comes to reducing suffering and building resilience. 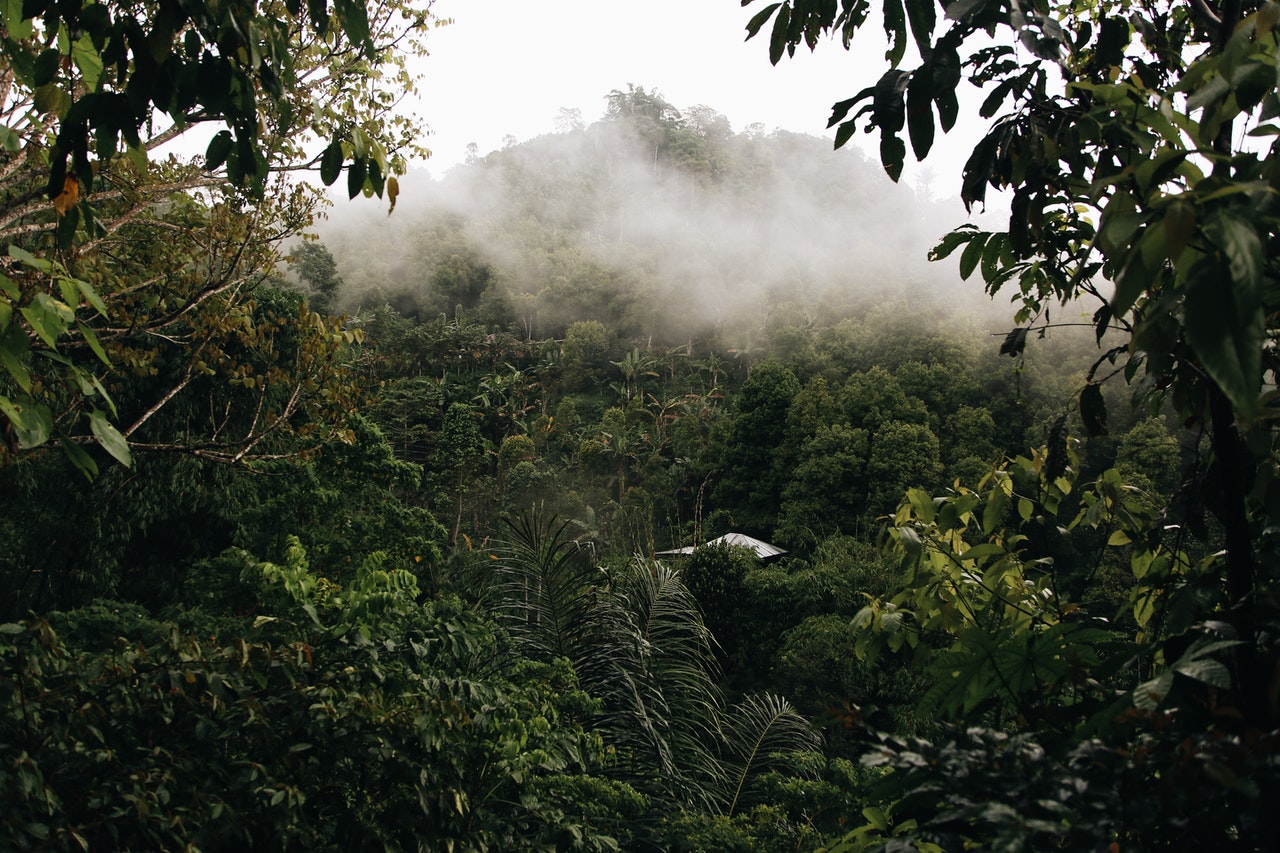 Rosalyn LaPier, professor of Environmental Studies at the University of Montana, describes in an article for The Conversation how knowledge of the natural world can be embedded in American indigenous languages. As an example, she writes about the English word “herb,” which does not have the same meaning in Blackfoot.

“In English,” she explains, “the word ‘herb’ can have numerous meanings, including a seasoning for food. The closest English word to herb in Blackfoot is aapíínima’tsis. The elders explained this word means ‘a tool that doctors use.’”

You can see how, in Blackfoot, the meaning of the term is not just the thing it represents but also the context in which it is used. In other words--its value is embedded within it.

According to a 2018 report, all 20 of Alaska’s Native American languages--along with the complex systems of knowledge which accompany them--might cease to exist by the end of the century if steps aren’t taken to conserve them.

“Language loss can be considered as extreme as the extinction of a plant or an animal,” LaPier writes. “Once a language is gone, the traditional knowledge it carries also gets erased from society.”

American indigenous languages show us just how much import a language can have on culture and society. Even if you never learn to speak Cheyenne or Cree, you can learn an incredible amount about the way language (and simply grammar) shapes our worldview by reading about them and interacting with those who do speak the language.

Whatever language you do choose to learn, you can keep these points in mind to help motivate and enrich your studies.