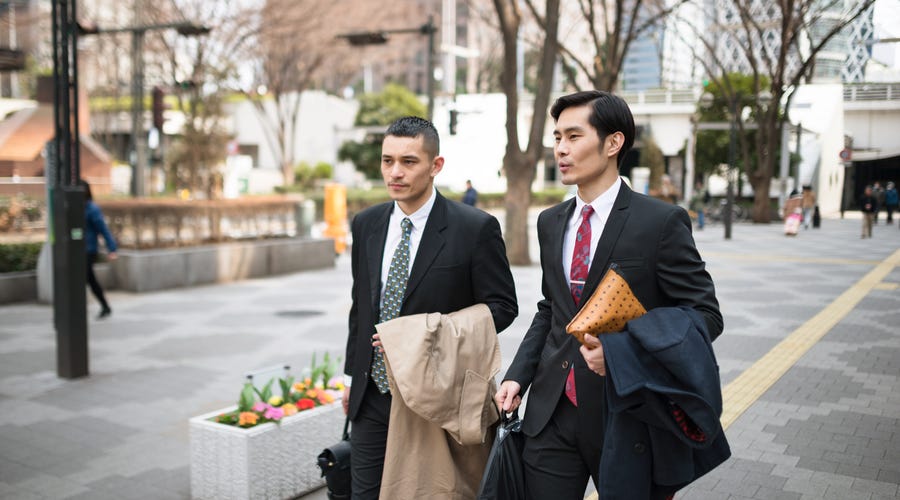 Language skills on the job: These languages and methods will give you the edge

In resumes you often see “English (business fluent).” However, when you listen to the person speaking, it often looks like they may have been stretching the truth a little. You hear sentences that would make a native speaker wince, like “I work in the home office” (“I work from home” is what they mean).

In a professional world that is increasingly globally connected, it is clear that people who have mastered one or – even better – several foreign languages have good career prospects.

In today’s workplace, foreign language skills are an absolute must in many industries. And English still tops the list – after all, it is the most spoken language worldwide. In Germany, almost a quarter of all vacancies call for a knowledge of English. In the business world in particular, there is no getting around it.

The degree of fluency expected of applicants, however, is dictated by the area of industry and the kind of position. Sometimes it is enough to be able to read and understand English. But professionals and managers often have to be able to conduct important negotiations in English, or collaborate closely with foreign colleagues.

Which languages you should also consider learning

In addition to English, other languages can be helpful for your career.

French is very useful for Germans with business connections in Europe, especially since the two countries are neighbors and important trading partners.

Furthermore, French is the language of communication in the EU institutions in Brussels, and one of the official languages of international organizations such as NATO and the Red Cross.

Another argument in favor of French is that Africa is becoming an increasingly important trading partner – with French being an official language in many African countries. This also makes it important for jobs in the field of development assistance.

After English, Spanish is the most widely spoken language around the globe. With some ten million Germans spending their vacations in Spanish-speaking locations like the Costa Brava each year, Spanish is very useful for those working in tourism.

Spain is also an important trading partner for Germany – plus Spanish is also the primary language spoken in Latin America.

For German employees, it can also pay to learn Japanese. There are more than 1,000 Japanese companies in Germany. In Japanese technology firms in particular, there are often attractive positions available in international management – but Japanese language skills are often a prerequisite for such jobs.

Two further languages that many employers are looking for are Chinese and Arabic, because they are spoken by large numbers of people in countries where German and international companies have business ties.

China is Germany’s fourth-largest trading partner, for example, and many products exported by the automotive and electronics industries find their way to the “Middle Kingdom” each year.

So there is no way to answer “What language should I learn?” in a way that applies to everyone. It will depend on the industry and the company you work for.

But generally speaking, the more languages you master, the better! 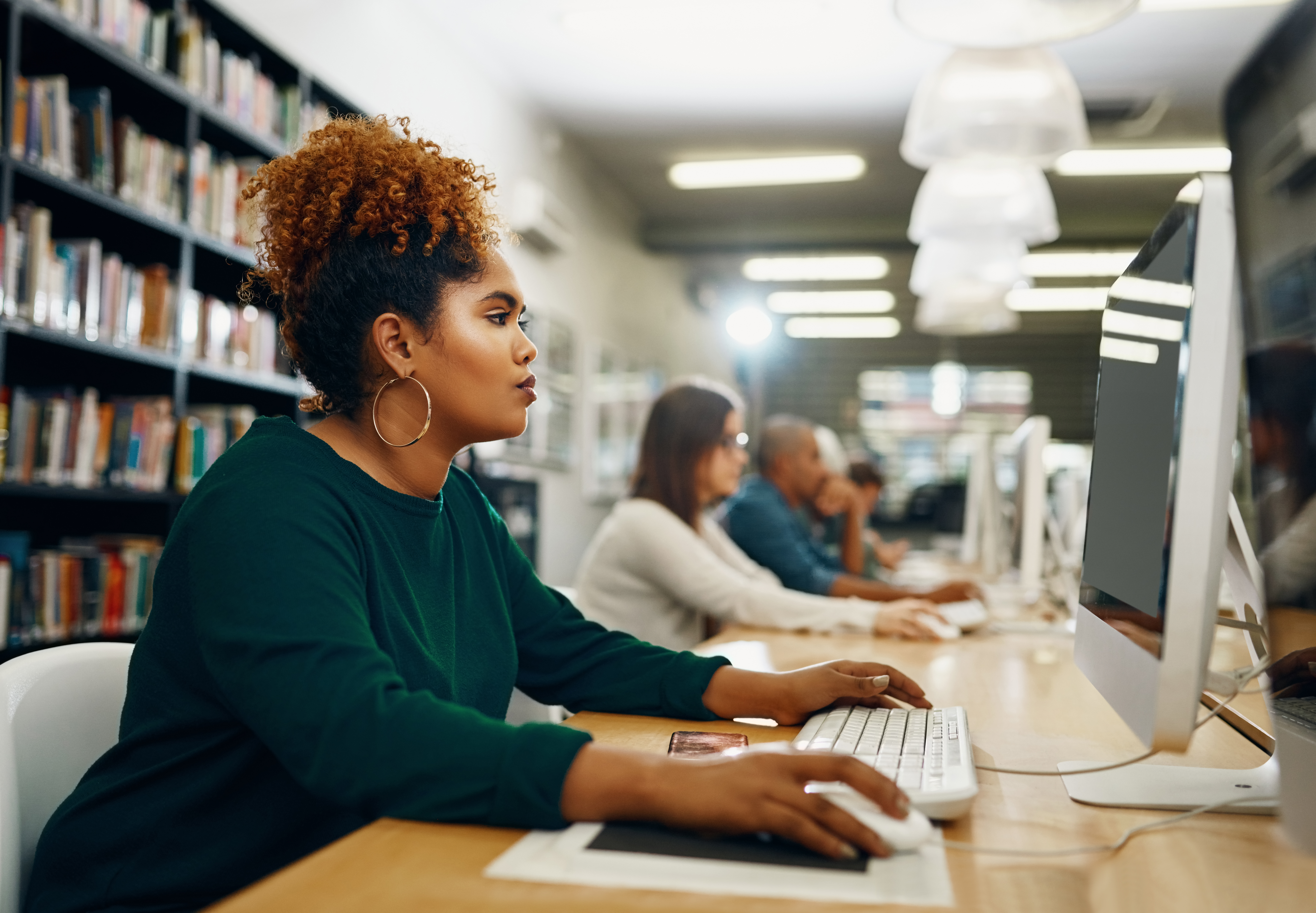 In the workplace of today, language skills are not just desirable for individual employees who would like to gain an edge in the job market. Companies also understand the importance of foreign language skills. After all, not only must they be able to compete in domestic markets these days, but internationally as well. And clumsy communication can cause a lucrative deal to go up in smoke.

So it is indeed in the interest of companies to make sure their employees have the right language skills for the international marketplace.

A wide range of learning methods are available to employers looking to boost the effectiveness of their foreign language communications. Given this diversity, it can sometimes be difficult for HR managers to determine which method is most suitable for their company’s needs. To help you select one that is right for you, we offer the following overview of the most important methods.

In-house workshops are certainly one of the most common training methods, for individuals or groups. These classes take place regularly and are taught by a language instructor who comes to the company premises. The advantage with this approach is that the employees (at all levels) do not waste time traveling to and from classes.

All participants are placed in the right proficiency level before starting the course. This ensures no one is bored or overwhelmed, which helps keep everyone motivated for the duration of the course. It is also important that the teaching is done by instructors of a native level.

Generally, group instruction is recommended. After all, languages are about communicating – and you learn to do that best with other participants. However, the pace of learning differs from individual to individual. Therefore, the modules have to be flexibly designed and the trainers have to be qualified to quickly identify the needs within the group and react accordingly.

2. Learning where and when I want: online courses/e-learning

In addition to in-house training, online courses are a popular method of language learning. They offer less direct contact than face-to-face or group instruction – although both are still possible thanks to chat and communication programs.

The main advantage of online courses is certainly their flexibility, in terms of both time and place. Participants can learn whenever and wherever they want, and work at their own speed. And there are people who learn most effectively on their own. However, discipline and a high level of self-motivation are necessary.

3. The best of both worlds: blended learning

Blended learning is a mixed form of learning that integrates face-to-face instruction and e-learning. This allows organizational questions to be discussed in person at the beginning of a course, for example.

In addition, the participants have a chance to meet each other, which makes things easier with the video chats and group assignments that follow. Face-to-face instruction alternates with phases of independent study. This also has the advantage of giving participants a bit more freedom to set their own pace of study.

The Total Immersion® method is a special form of language learning. Above all, it is aimed at people who want to achieve the greatest possible progress in the shortest amount of time. For example, if important negotiations in a foreign language are approaching or a business trip is planned on short notice, this method can deliver quick results.

The participant receives intensive one-on-one instruction from instructors of a native level over a period of between one and six weeks. One hour per day of lesson time is spent with two instructors in order to practice group situations. A business lunch also takes place in the target language, providing an opportunity to practice informal or personal conversations.

Whether you are a professional, a manager, or a team member – and regardless of how you approach the adventure of learning a foreign language – the important thing is to have fun and practice regularly. In many cases, once a week is not enough – by the time the next weekly session comes around, you may have forgotten half of the things you learned the previous week.