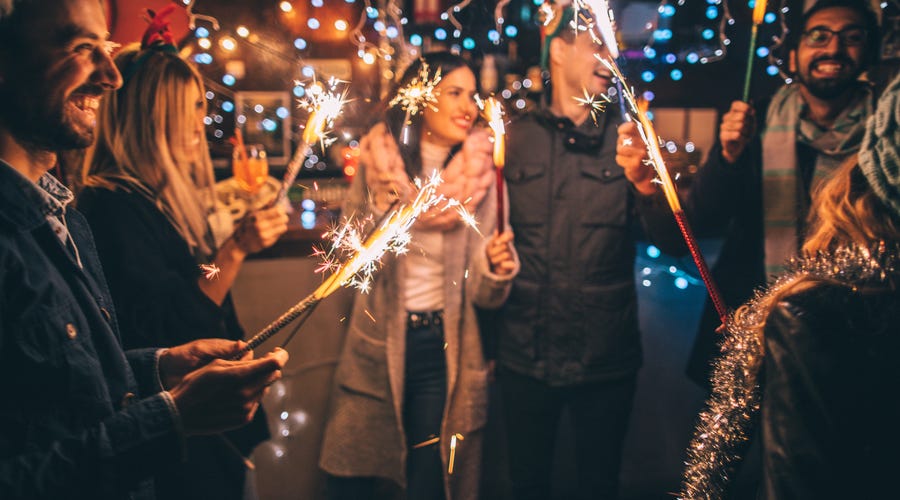 Every year, across the globe, people celebrate a new beginning. Leaving the past behind and looking toward the future, we cheer, hug, and toast to hope.

If you’ve decided to celebrate with French-speaking friends or in a French-speaking place this year, you’ll need to learn a few handy expressions to join the fun. Going to a party in Québec, to a nightclub in Nice, or firework watching on the Champs-Élysées?

We’ve compiled a list of Happy New Year quotes in French, along with the main traditions in different francophone countries. Oh, and songs, of course. Keep reading and get ready to welcome the Nouvelle Année in style! 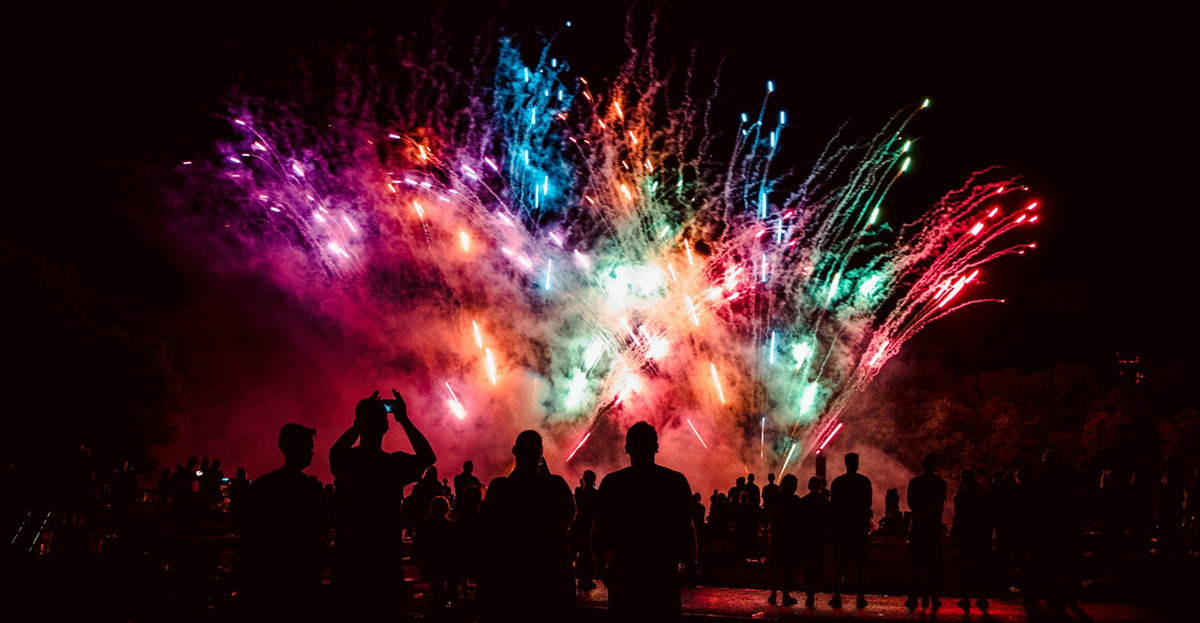 How to say Happy New Year in French

Wondering how to say Happy New Year in French? The most common expression is “Bonne année.” Piece of (New Year’s Eve) cake!

Not sure of how to say it? Check out this helpful video. When you’ve practiced enough, continue with the table below and find out other expressions for Happy New Year wishes in French. From La Réunion to Québec, we have you covered!

Although most countries celebrate New Year’s Eve, traditions are not the same. Below are a few fun traditions of the francophone world you might want to experience! 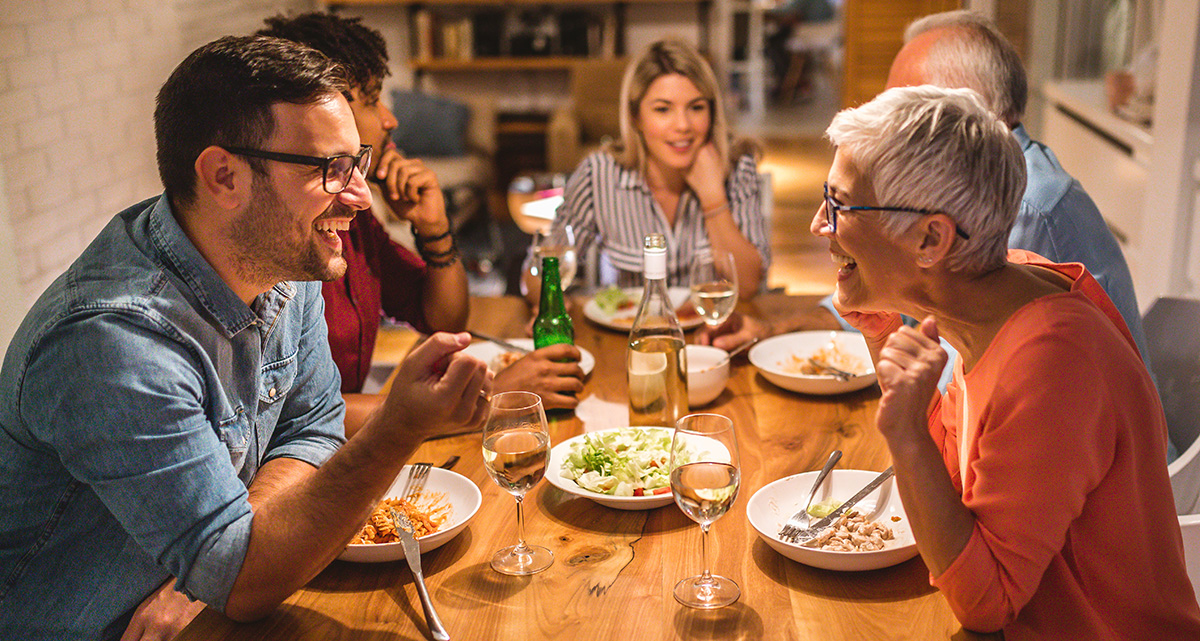 New Year’s traditions in other French speaking countries and territories 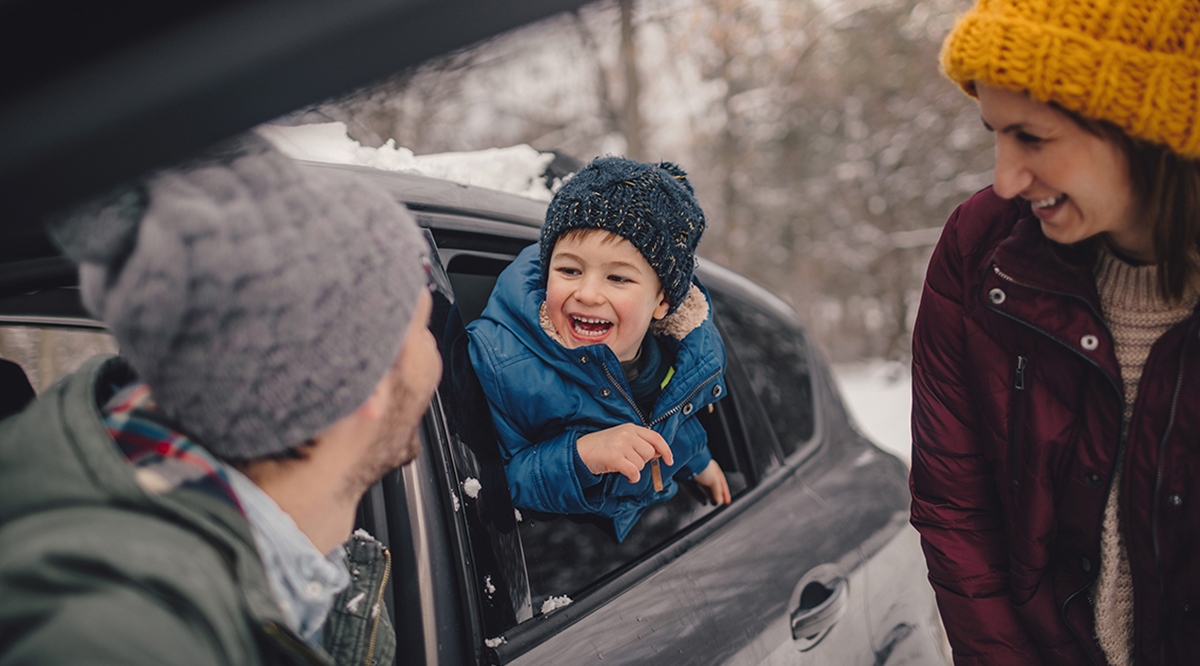 Ah, the famous New Year’s resolutions… Whether they last a full year or 24 hours — well done in any case — below are a few common resolutions you might want to share with your francophone friends. Of course, this list is non-exhaustive!

If you receive a Happy New Year greeting card at the end of January and you think your French friend is fashionably late… he or she is not! In France, you have the whole month of January to send your best wishes for the New Year. In fact, most people will send a greeting card in January but not for Christmas.

Another tradition that might seem surprising: Les étrennes. This goes back to Antiquity, when the Romans offered sweets to their family and friends to wish them a pleasant rest of the year. Nowadays, grandparents or elder relatives give children some pocket money or a small gift, typically on the first days of January. This is also the time to thank people for their hard work, for example, a concierge in a building, the firefighters or the local cleaners.

And last but not least, the oh-so delicious “Galette des rois”. This brioche or frangipane cake is eaten on Epiphany day. It's traditional to hide a small gift in the cake (called “fève”). The lucky one who finds the “fève” in their slice is the Queen or King for the day, and gets to wear a crown.

Traditions, culture and idioms are a key part of language learning

So, if you are learning French online, try to take it outside of the classroom. Next New Year’s Eve, you could try to plan a trip in a francophone country. You’ll apply what you’ve just learned, and have a lot of fun at the same time. Pour commencer l’année du bon pied !

62 ways to apologize, excuse yourself and say sorry in French