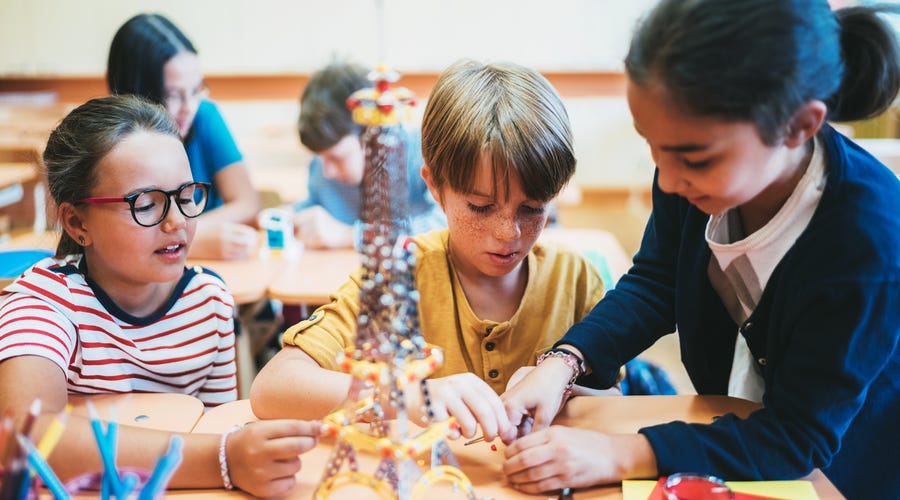 Why world language departments in schools are so important

In our interconnected world, there are few skills that are as valuable to acquire as the ability to speak a foreign language.

Research shows that language learning programs for schools can improve students’ overall academic performance, enhance their career opportunities and even help close the achievement gap for those who are economically disadvantaged.

Unfortunately, despite the importance of foreign language programs for schools, language learning has been on the decline in schools and colleges throughout the United States.

In fact, one Pew Research study found that on average, just 20% of American students learn a foreign language in school, compared to 92% of European students. Similarly, only 12% of higher education institutions in the US require intermediate-level language study.

What are world language departments in schools?

In addition to empowering students to communicate successfully in a multicultural society, a school’s world language department is responsible for supporting teachers with coaching and professional development courses, as well as curriculum and assessment design.

The benefits of world language departments for students

World language departments can help students develop a greater understanding of and appreciation for world cultures, while also supporting them in learning a second language. Let’s take a closer look at some of the main benefits of language programs for schools.

For students who intend to pursue careers that require them to interact with people from non-English speaking countries, whether in healthcare, education, journalism or social services, the ability to communicate effectively in more than one language is essential.

World language education can also help students become more culturally aware. Why is this? Studying a foreign language can expose students to cultures they may have previously been unaware of. It also helps them develop a better understanding of and respect for the cultural differences that exist from country-to-country.

Learning a new language can increase students’ overall academic performance in a number of ways. One study found that people who speak more than one language have a higher concentration of gray matter in a critical region of the brain. Other studies have shown that bilingual students perform better on standardized tests than monolingual students.

Believe it or not, learning a foreign language can even help students better understand and empathize with people from other cultures. Research from the University of Chicago showed that children who were taught foreign languages found it easier to understand different perspectives. This was true even for those who weren’t necessarily fluent in a foreign language but had been exposed to one in their daily lives.

The ability to communicate in more than one language can open up new career opportunities for students and increase their earning potential. Whether your students are looking to work in sales, marketing, education or tourism, the ability to communicate with non-English speaking clients and colleagues can be a big asset. Being proficient in more than one language also increases their likelihood of being hired by global companies, or those looking to expand into new markets.

Given all these potential benefits of foreign language programs for schools, why is it that we’ve begun to see more schools, from elementary to college, abandoning their world language departments?

While there are a variety of reasons a school may struggle to maintain a language learning program, teacher shortages and a lack of funding are two of the biggest obstacles they may face. Fortunately, even with limited resources, it’s still possible for schools to support students in language acquisition.

One thing that can be done to free up teacher time and reduce the costs associated with language learning is to outsource language programs to native speakers in other countries. For schools with students from non-English-speaking backgrounds in particular, EFL department outsourcing is important for student integration and learning outcomes.

So, to sum it all up, world language departments can play a key role in enhancing students’ academic performance and career opportunities, while also helping them develop important life skills such as communication, empathy and cultural awareness.

Although traditional on-campus language learning programs can be time consuming and costly, it is possible to support second language acquisition at school through world language and EFL department outsourcing.

Want to know more? Check out some of the language and cultural training courses offered by Berlitz, both online and in person.

100+ Colorful and funny Italian phrases, words and facts you'll love to use