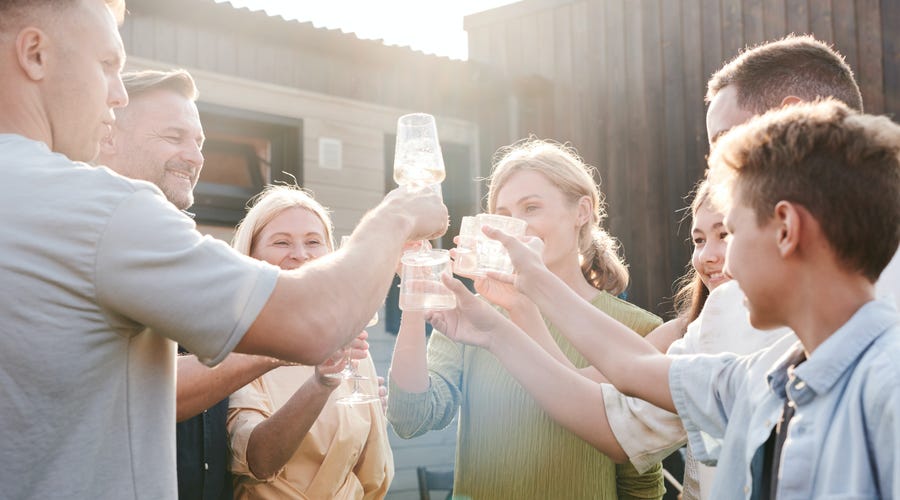 How to use possessive adjectives in German: A practical guide

One way to learn possessive German adjectives is to print out a German possessive adjective chart to study every night before bedtime - but for some of us, this is a safe way to give yourself nightmares of someone yelling at you in German “MEIN! DEIN! NEIN!” So we have a much better solution!

Everyone has their own unique learning style and the best way to succeed at language learning is to incorporate more than one way. If black-on-white charts work for you, that’s great! We’ll cover that for you - but if you’re looking for a different learning style, we have a little story for you that will hopefully make learning possessive German adjectives a breeze.

Those of us who aren’t big grammar buffs might be asking ourselves “What are possessive adjectives in German and why do I even need them?”

We promise knowing them will come in handy when you find yourself in a German-speaking country, testing out your German skills in person because you’ll soon realize that it’s almost impossible to have a conversation without possessive adjectives!

What are possessive adjectives in German?

Learning German isn’t always easy, especially when it comes to complex grammar, but we’ll show you that possessive German adjectives are a lot more simple than they sound.

A possessive adjective is an adjective that attributes ownership to its respective noun: My, your, his, her, its, our, their.

You and two of your new friends from class have been saving up to fly to Germany, where you’ll mingle with the locals to practice your German. You’re especially excited about the delicious German food but before you even make it out of the airport, you're already facing your first challenge!

You have just collected your suitcase when your friend Santiago spots his: “Das ist meiner”, he says in German (That one is mine) - but poor Irina is still waiting for hers. After a long time, the carousel stops. Oh nein!

You all walk up to the Lost & Found and Irina tells the nice man there: “Mein Koffer war nicht auf dem Gepäckband.” (My suitcase was not on the baggage carousel). 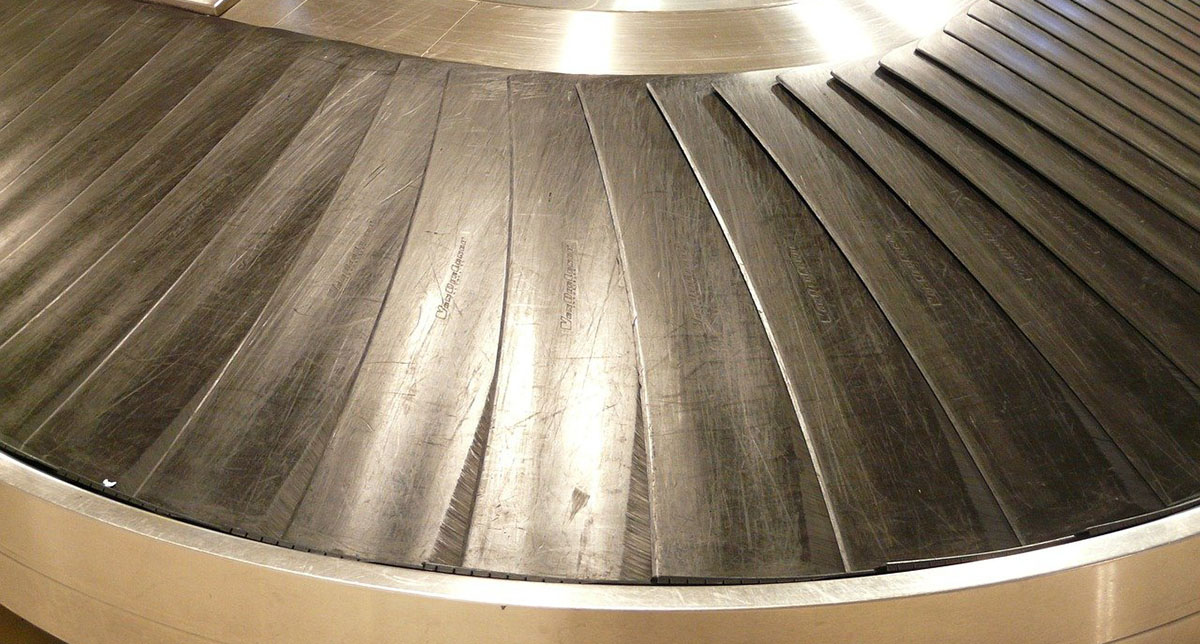 What’s the difference between possessive adjectives vs possessive pronouns?

Sometimes a distinction is made between possessive adjectives and possessive pronouns.

Adjectives describe a noun or give it a certain attribute. In this case that’s the noun’s possession. Irina is looking for her suitcase. The suitcase is the noun and the possessive adjective “mein” tells the other person whose suitcase is lost.

Maybe you still remember from our fun guide to 9 different types of German pronouns that pronouns always replace a noun. So when your friend Santiago said “Das ist meiner”, he could have also said “Das ist mein Koffer” but the pronoun “meiner” replaced the “Koffer”. 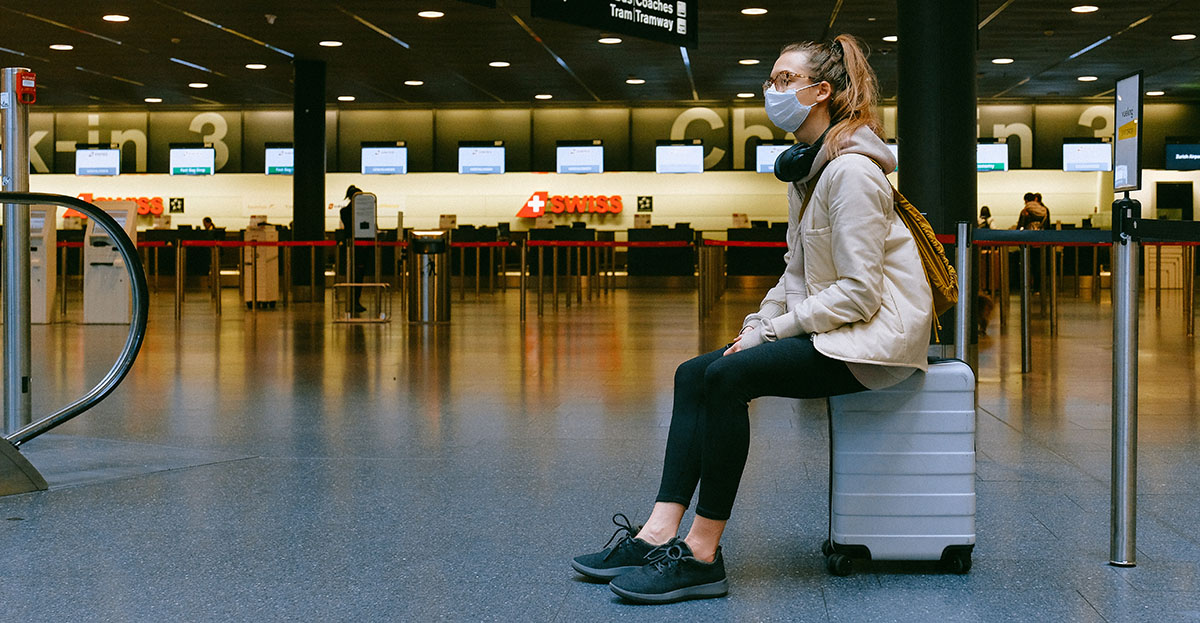 How possessive adjectives change with case and gender

Keep in mind that possessive adjectives, just like other adjectives, change with the noun they describe.

So when Irina said, “My suitcase was not on the baggage carousel” - “Mein Koffer war nicht auf dem Gepäckband”, her suitcase is the subject of the sentence.

Depending on the case and gender of the noun, the possessive adjective changes like this:

Let’s put that theoretical knowledge into practice! While you’re standing at the Lost & found, the agent has a couple of questions.

He turns to you and Santiago and asks the two of you:

“Waren Ihre Koffer denn auf dem Band?” (Were your suitcases on the carousel?).

He is talking to you and Santiago at the same time, using the polite plural form, so the possessive adjective becomes “Ihre”.

You offer to keep an eye on the carousel, while Irina settles the issue. The agent asks her what her suitcase looked like.

“Mein Koffer ist blau”, she says. (My suitcase is blue).

“Himmelblau oder dunkelblau wie der Koffer da?” (Light blue like the sky or dark blue like that suitcase over there?) you ask her, pointing at a suitcase that a lady is wheeling in the direction of the Lost & Found, getting in the line right next to you.

“Das ist meiner!” (That’s mine!) Irina calls out and runs over to the lady.

She uses the word “das Gepäck” (luggage) now, which is neutrum and not masculine like “der Koffer” (suitcase), so even though it’s the accusative case, it’s still “mein.”

“Ich glaube, sie hat ihren Koffer gefunden,” (I think she found her suitcase), you tell the agent who was helping Irina. The luggage is handed over, every suitcase’s ownership is established and you can finally go enjoy your well-deserved vacation! 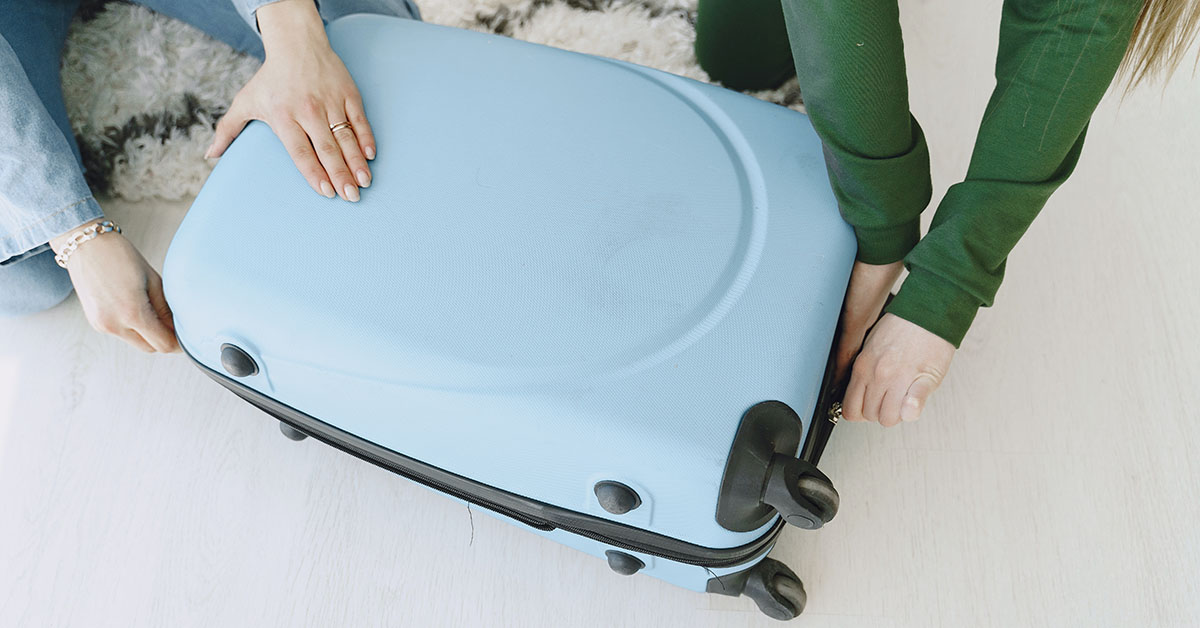 You made it through!

We know how confusing German grammar can be but it helps if you read through the story and follow along by looking at the chart. You just need to get the possessor, gender, and case right and you’ll have the right match for your possessive adjective!

Even if you get the ending wrong, chances are extremely high that people will understand what you’re saying anyway. So get out of the crowded airport and finally explore that beautiful country you’ve come for! You’ve earned it.

Our wonderful German vocabulary articles will give you a million ideas for conversation topics that are way more fun than losing your luggage!