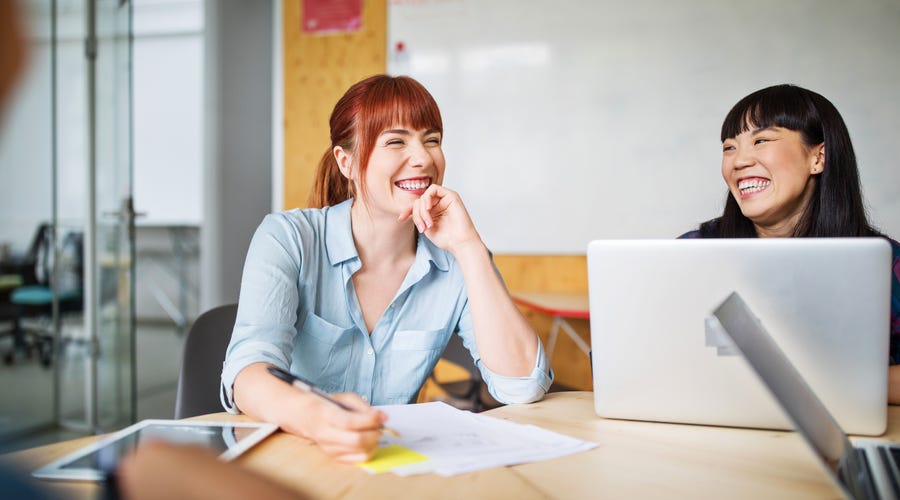 Why isn't there a Chinese alphabet? A useful language guide

If you’re a native speaker of English or any of the Romance languages, you’re probably used to relying on the alphabet to create words and build sentences. Perhaps you’re even more aware of the importance of the alphabet if you’ve studied Russian or any other language that’s not based on the Latin alphabet. But what’s the case with the Chinese alphabet?

In essence, there is no Chinese alphabet. Unlike languages like English, Spanish, and even Korean, Chinese does not have a phonetic or syllabic writing system. Instead, the Chinese writing system is logographic, meaning that it uses symbols (Chinese characters) to represent meanings rather than sounds.

So, yes, this does mean that you’ll have to learn a few thousand distinct characters in order to learn Chinese. However, don’t let that discourage you! First, there are different components to a Chinese character that work similarly to an alphabet. As you’ll see later on in this article, many Chinese strokes are common enough that they have their own name — almost like a letter in the alphabet.

Then, the fact that Chinese uses its own unique writing system is one of the things that make this language so special to learn! Keep reading, and we’ll walk you through everything you need to know about the Chinese alphabet — or lack thereof — and this incredibly unique writing system! 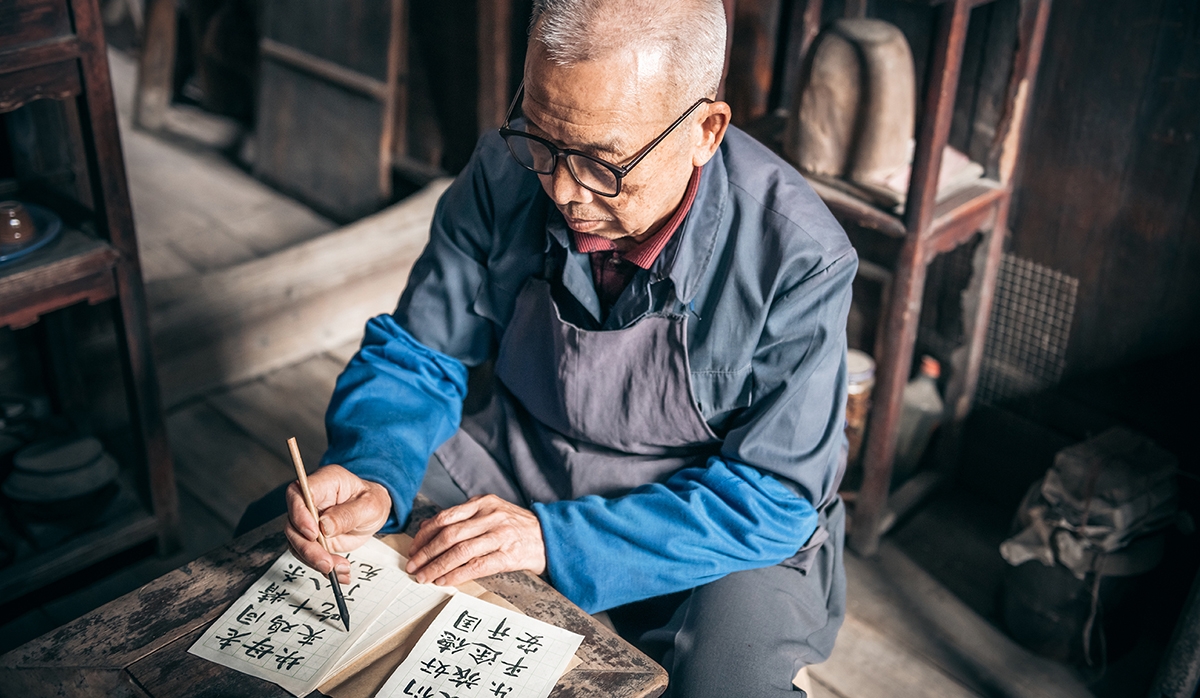 Why isn’t there a Chinese alphabet?

The first reason why logographic characters are better suited for a language like Chinese is that there are countless homonyms. A homonym is a set of words that share the same pronunciation but have completely different meanings. There are many examples of homonyms in English, such as bark (the sound dogs make) and bark (the outermost layer of trees) or fair (just) and fair (light or pale).

In English, the number of homonyms is low enough that the context would almost always make it perfectly clear which word you’re referring to. On the other hand, there are hundreds of Chinese homonyms that could prove highly confusing if characters weren’t involved. Thanks to their logographic system, Chinese words can have (and often do!) different characters while having the exact same pronunciation.

Here are some of the top Chinese homonyms:

Keep in mind that these are homonyms that use the exact same pronunciation, including the same tones. If you include words that sound similar but have different tones, then our list of homonyms would grow exponentially!

Another reason why Chinese doesn’t have an alphabet is that it separates meaning from sound. In phonetic languages like English, the words don’t actually hold the meaning — they just represent different sounds that, when combined, have a meaning.

With Chinese, as you may have realized from the section above, the sound usually does not have an intrinsic connection to the meaning of the word — only the character does. That’s why dozens of characters often share the exact same sound, such as:

This makes it difficult for Chinese to adopt an alphabet, as there would be far too many words with similar sounds but entirely different meanings. So, learning to read Chinese is also important for listening comprehension, as knowing the different characters will help you correctly match each sound to the right meaning.

Chinese is an incredibly diverse language with hundreds of regional varieties and dialects. You may have heard of the two most common ones: Mandarin and Cantonese. Both of these belong to the Chinese language family, but they use pronunciations that are almost entirely different. A Mandarin speaker and a Cantonese speaker would not be able to have an oral conversation with one another.

However, separating the meaning from the sound of a character allows speakers of different dialects to still understand written Chinese. Since the characters generally hold the same meaning no matter how they’re pronounced, a speaker of Cantonese could generally understand a newspaper written in Mandarin, and vice-versa.

Of course, each dialect also has its own quirks and uses words and grammar differently, but the fact that written Chinese can be intelligible across dialects is a great unifying force across China. That’s why Cantonese and Mandarin are not considered different languages, even when they sound almost nothing alike.

At this point, you might be wondering if it wouldn’t just be easier to do away with the Chinese writing system and replace it with an alphabet. After all, aren’t alphabets the easiest way to write? Not according to science!

A 2014 psychology study not only found no evidence that alphabets are optimal, but it actually found that logographic languages like Chinese may be better for reading. A different study found that Chinese readers can read about 10% faster than English readers, even when holding reading comprehension levels constant.

That’s because reading in a phonetic language requires you to sound out the words in your mind when you read. A logographic language doesn’t, since a word’s meaning is separate from the sound. So, once you learn to instantly recognize Chinese characters, you’ll be able to read faster than in English!

As you can probably tell by now, Chinese characters are incredible features that pack a big punch. While they may not work the same way as an alphabet, learning how to read and understand characters will help you think about language in brand-new ways.

Here are some things you should know about Chinese characters and the alphabet.

The difference between simplified and traditional characters

Simplified characters were introduced in the 1950s by the Chinese government to make reading and writing more accessible to the people. Since then, the literacy rate in China has gone from just 20% in 1950 to 99.83% in 2021! After you see our examples below, you’ll surely understand why!

Here are 16 simplified Chinese characters along with their traditional counterparts:

About the Chinese language

The exact origin of the Chinese language is still debated, although most of the evidence points toward the Sino-Tibetan language family. The Chinese language originated around 6,000 years ago, with the earliest known evidence of written Chinese dating back to 1250 BCE.

This practice gave rise to what we now know as the Chinese writing system. If you’re familiar with any Chinese history, you also know that the Chinese civilization has gone through countless changes over the last few centuries. Going through close to a hundred unique dynasties, plenty of domestic uprisings, and a fair share of foreign invasions, the history of China is as unique and varied as its language.

Each of these 10 languages includes regional variations, resulting in hundreds of different local variations of the Chinese language! When traveling in China, it’s not uncommon for the local language to vary significantly just one town over.

That’s why the central government decided to mark Mandarin as the 普通话 (pǔ tōng huà) — the common language. That way, most people in China can communicate with each other using Mandarin while using their local variation with locals. For example, if you visit Shanghai, you’ll find that everybody can speak Mandarin, but many locals use Shanghainese (a variation of the Wu dialect) to communicate with each other! With a seemingly endless supply of local variations, China is the place to be for any language enthusiast!

Pinyin is the most common romanization system today and the only one accepted by the Chinese government. Pinyin is a system for assigning roman letters to each Chinese character. Each character is assigned a monosyllabic roman equivalent with one of four accents (mā má mǎ mà), which correspond to the tone.

Today, you can use pinyin to get a good idea of how to pronounce each character. You can also use pinyin to type characters on your phone and computer, as typing out the pinyin will show you all the corresponding characters.

However, if you’re learning Chinese, you should be very careful when dealing with pinyin. While it can be extremely helpful when learning new vocabulary, it can also turn into a crutch very quickly. Try to maximize your exposure to characters without pinyin so that you can slowly lean off pinyin for the characters you’ve already learned.

If you’re just starting to learn Chinese, make sure you spend enough time nailing down the pinyin pronunciation. This will help you down the line as you grow your vocabulary and learn an even larger number of Chinese characters.

Check out the following video for a quick introduction to pinyin pronunciations if you’re not familiar yet.

Pinyin was only invented in 1958, and many systems before it tried to romanize Chinese characters. Though most of them aren’t used anymore, you’ll still see them every now and then, particularly in proper nouns and names of historical documents.

That doesn’t mean that Beijing used to be pronounced as pay-king, though. Each romanization system has different spelling and pronunciation rules that attempt to get as close as possible to the actual pronunciation of the characters. Even pinyin isn’t perfect, so you’ll still have to learn how to pronounce each character when learning Chinese!

The Yale romanization system was developed by George Kennedy of Yale university in 1943. This system was specifically developed to help members of the US military learn Chinese faster, and it became the standard romanization system across most of the US. However, this system became less popular as pinyin started gaining traction, and it all but disappeared after the 70s.

While you likely won’t run into this system anymore, it does have one key legacy: the tone accent marks. The Yale system introduced the four tones (mā má mǎ mà) that are still used by pinyin today.

While pinyin is pretty much the only transliteration system you will find in Mainland China, bopomofo is what you will find in Taiwan. Also known as 注音 (zhù yīn), this is another attempt at helping learners pronounce characters. However, bopomofo is nothing like pinyin as it doesn’t use the roman alphabet. In fact, it doesn’t actually look like any other language.

Bopomofo was designed not to help foreign learners understand how to pronounce Chinese characters, but to help children. This system uses uber-simplified characters to represent specific sounds, much like letters do. They are used alongside accent marks to indicate the tone of the word.

Check out the following video for a quick demonstration of how bopomofo works.

What is Bopomofo (Zhuyin) ? | Learn Bopomofo in 15 minutes

While there is no such thing as a Chinese alphabet, the characters are such a beautiful and deeply meaningful replacement that no Chinese speaker is yearning for one. If you’re just getting started with learning Chinese, don’t worry if you feel overwhelmed by all the characters! It will take some time to get comfortable with them — there’s no way around it — but getting there is achievable.

Try to channel all those nerves into giddy excitement. The fact that Chinese is such a hard language for English speakers to learn should motivate you to give it your best and work hard towards attaining proficiency! After all, there are over a billion fluent speakers of Chinese around the world — and you, too, can be one of them.

We hope you enjoyed this comprehensive guide to the Chinese alphabet and characters! If you learned something new, make sure to check out our Chinese language blog, where we routinely publish helpful content that will serve any learner. Make sure to bookmark that page too, as all the content we publish there is completely free!