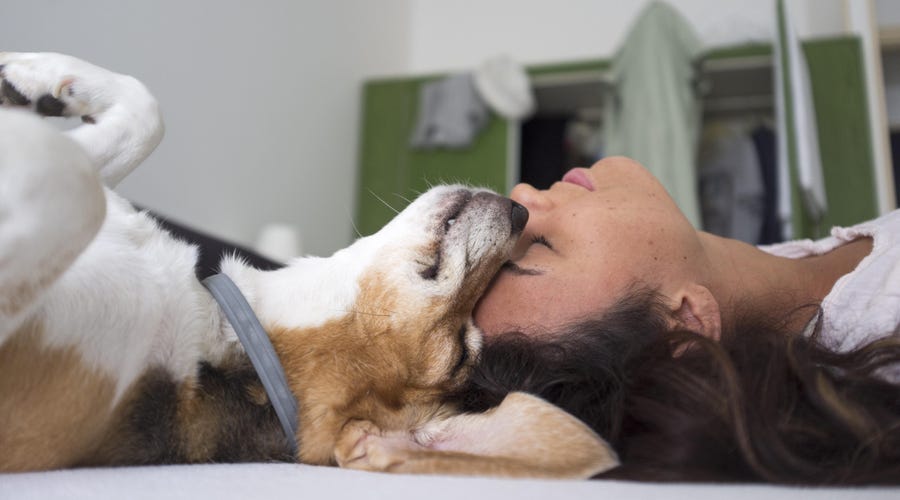 You simply cannot communicate with Spanish speakers without using terms of endearment in Spanish.

If you’ve been learning Spanish for a little while, you’ve probably noticed that Spanish speakers love their terms of endearment. Spanish and Latin American cultures tend to be much warmer than those that speak Germanic languages, so this may come as a bit of a culture shock to you if you’re a native English speaker.

Terms of endearment are so important, in fact, that not using one can be considered rude in certain contexts. Learning a language also involves understanding the cultural sensitivities as well as norms and traditions, so this vocabulary list will give you many insights into Spanish speaking cultures.

And the best part? Affectionate words in Spanish are extremely customizable. In fact, we’ll teach you a couple of ways to turn any Spanish word into a term of endearment at the end of this blog.

Learning the terms of affection and fondness will take some practice, but you can master them in no time with enough perseverance. Just make sure you know when and with whom to use each term and you’ll be on your way to native fluency!

We’ll include some context for each term of endearment so you don’t have to worry about making a faux-pas. The last thing you want is to call your real mom your mamacita or something that would seem off-putting!

Spanish speaking cultures tend to be very indirect. That is, instead of showing their affection directly, they will show their love and affection through roundabout ways. 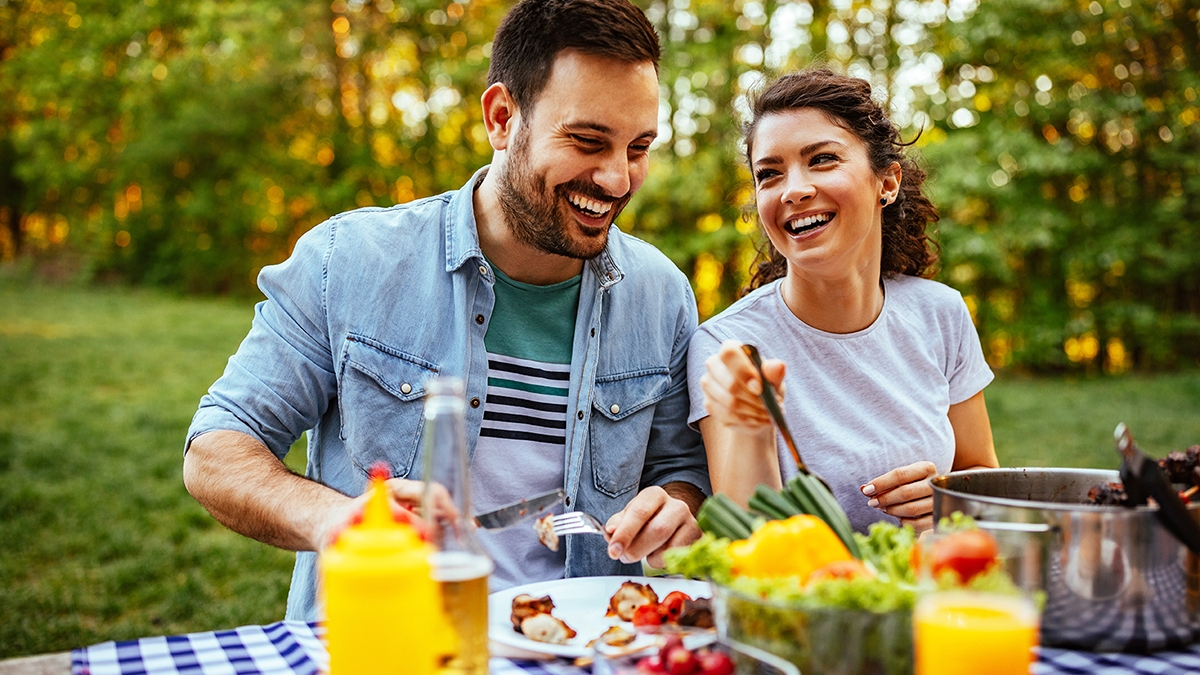 One of the most common ways to show love in Spanish is by referring to someone with an adjective. Things like “hey beautiful” or “hi cutie” can sound a little corny in English, but in Spanish, they’re totally acceptable ways to refer to a close friend or a romantic interest without telling them directly that you like them (romantically or not).

Check out the words below and feel free to combine them with a Spanish greeting or an adiós in Spanish.

Terms of endearment in Spanish for boyfriend, girlfriend and romantic interests

Below, we’ll show you a few dozen cute names you can call your significant other, a person you’re seeing, or even someone you’re trying to woo. Many of these are terms of affection in Spanish for boyfriend or girlfriend, whereas others are only appropriate for casual encounters, so save the drama and make sure you read the context column! 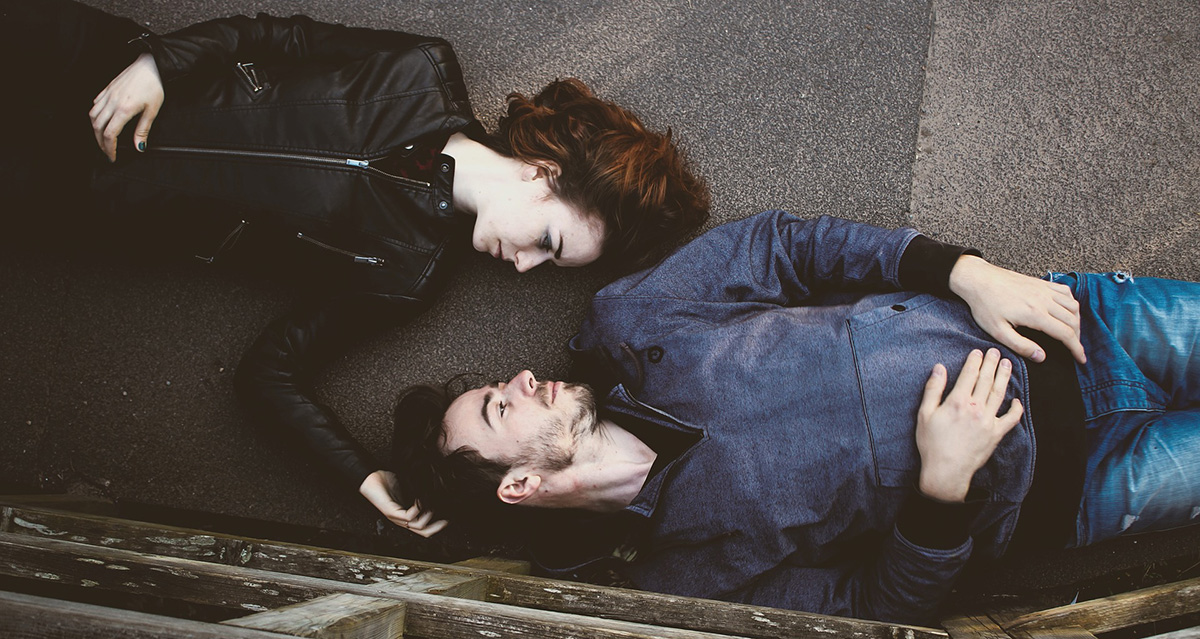 Just as in English, you can very well refer to your family by their names in relation to you. However, what fun is there in that? Family is extremely important in Spanish speaking countries, so calling your family by their proper name may come across as cold and distant.

Instead, use some of these affectionate terms to sound like a true Spanish native speaker and nurture your relationships with your family! 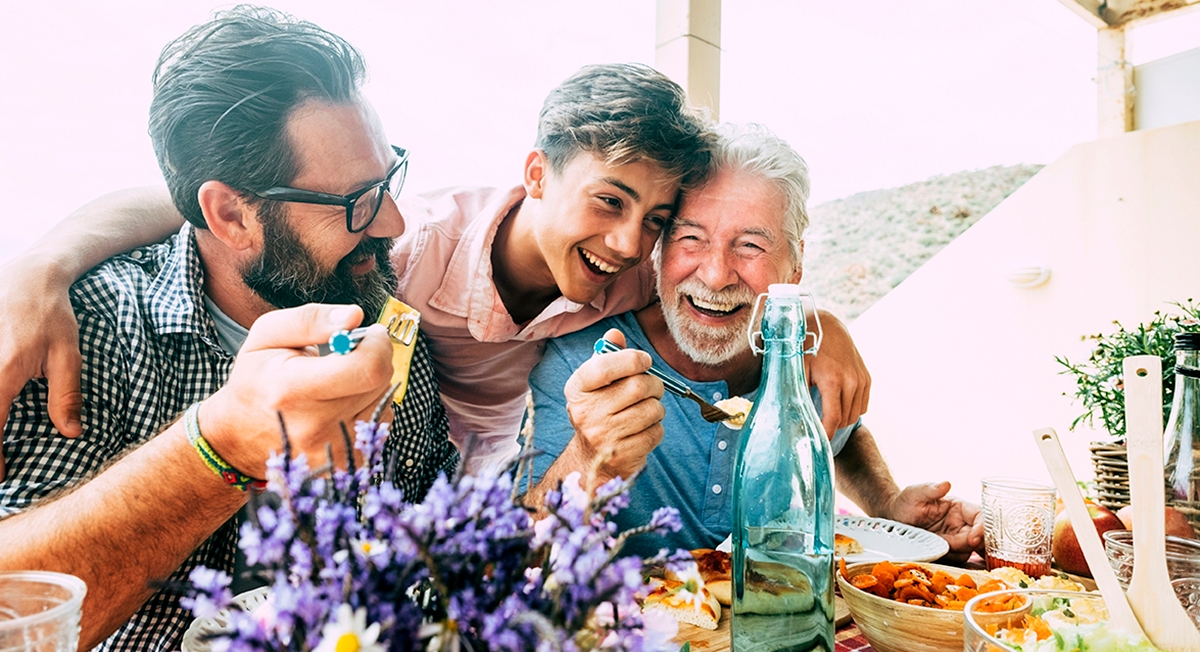 If you’ve just arrived in a Spanish speaking country, you may be surprised to find out just how many different Spanish terms of endearment for friends there are. The quintessential amigo will only get you so far, so make sure to learn a few more terms of affection in Spanish for friends to switch it up! 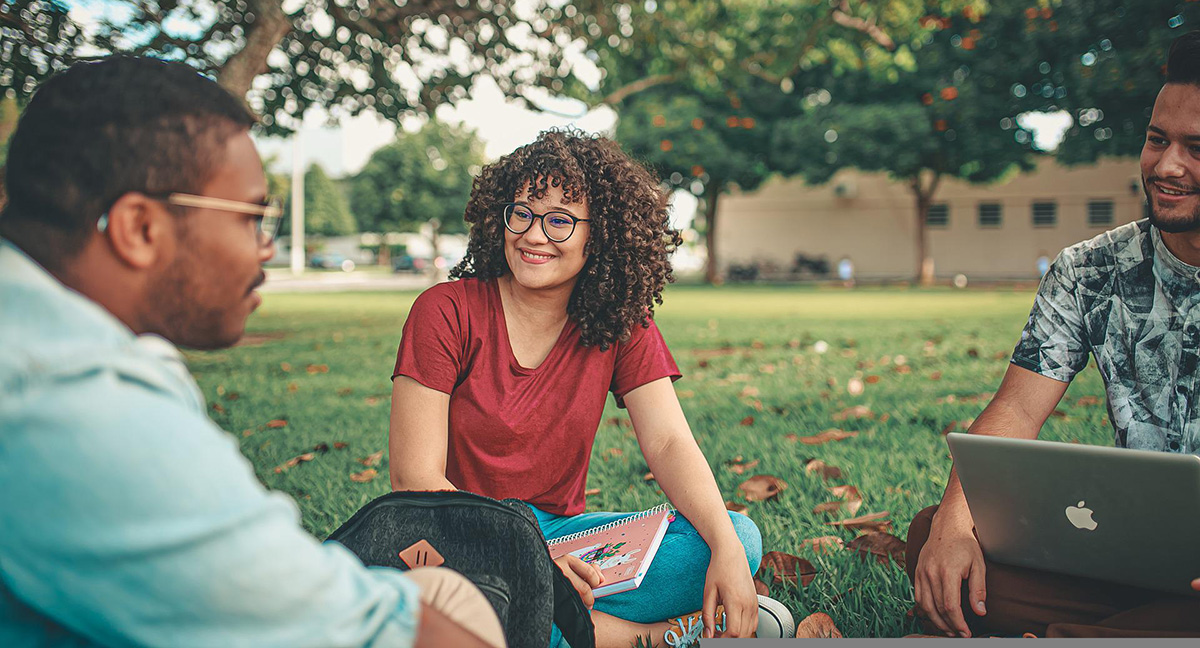 Many of these are not just reserved for friends, and even strangers could use some of these with you on the street. This is because, in many Spanish speaking countries, the standard rule is to treat everyone as if they were your friends. So don’t be surprised if a complete stranger calls you one of these!

Children are often the most common receivers of terms of endearment. Even their names are often modified with a diminutive to show warmth and friendliness towards them. Even if you’ve never met the child before, you can use these terms for children without issue.

There’s no context column in this section because all of these can be used with children. Yes, you can call a child mijo even if he is not your son! Just keep an eye out for gender distinctions with children, as they’ll surely correct you if you don’t use the correct gender! 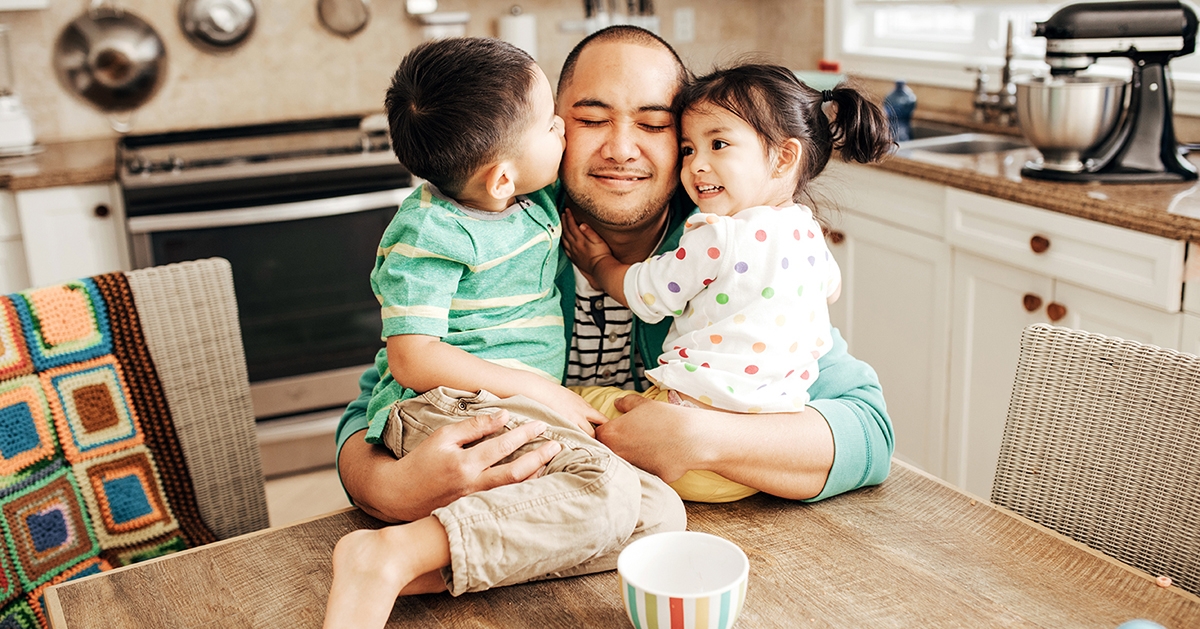 How to use diminutives as terms of endearment in Spanish

One of the most popular ways to show endearment is through the use of diminutives. These can even be used on inanimate objects, so you can show endearment towards a thing just by turning the word into a diminutive!

This is one of the easiest ways to turn any word you’d like into a diminutive. If you have a special person in mind and want to call them by something other than the words outlined above, you can easily do so by turning any word into a diminutive.

How to turn a word into a diminutive in Spanish

Turning Spanish words into diminutives is incredibly easy. All you need to do is add a suffix to your Spanish word to turn it into an affectionate diminutive.

All diminutives end in one of the following:

To know which one to use, simply take a look at the following table:

Of course, there are some exceptions (as is usually the case with Spanish!), but the table above should help you get started with turning regular nouns into diminutives! Now you can turn almost any word into a term of endearment in Spanish by turning it into a diminutive.

How to use possessive pronouns as terms of endearment in Spanish

Another common way to show warmth and appreciation is to use a possessive pronoun (mi, tu, nuestro). If you’re not familiar with Spanish pronouns, feel free to check out our exhaustive guide on the topic before you keep scrolling!

Using possessive pronouns before your term of endearment can be a great way to show closeness to someone (not necessarily possession!). This can work with most nouns and virtually all the terms of endearment in this blog. Here are some examples:

You can even turn people’s names into terms of endearment by adding a mi in front of their name! So instead of saying “Hola, George” you can say “Hola, mi George” to show warmth and appreciation!

Why do Latinos nickname everyone?

What is ese in Spanish?

Ese is a term of endearment used mostly by Chicanos in the United States to refer to friends or acquaintances. It is used very similarly to English words like “dude” or “bro” or even “homie.”

The word ese literally means “that one,” so by calling someone ese you’re essentially calling them the one!

How do you say bae in Spanish? 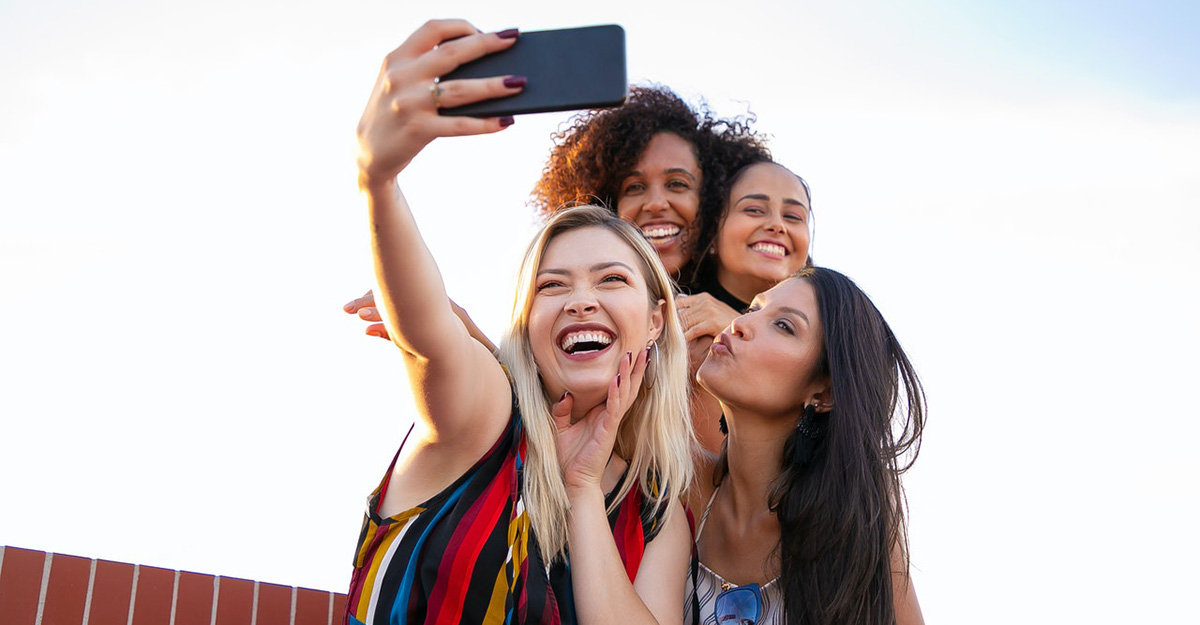 If you’ve made it to the end of this blog, you’re now more than ready to strengthen your relationships with your Spanish speaking friends, family, and even romantic interests!

If you’re a native English speaker, introducing these words of endearment into your daily life might take a little bit of getting used to. Just remember that terms of endearment are a part of everyday life for most Spanish speakers, so don’t be shy in using them!

After all, getting out of your comfort zone is the best way to learn a new language. Whether you’re still a beginner at Spanish or are working your way to intermediate Spanish, you’re gonna have to learn to adjust your personality somewhat when you speak a different language.

That’s why Charlamagne, the former Holy Roman Emperor who reigned in the 9th century, said, “To have another language is to possess a second soul.” And who doesn’t need a little extra soul in their life?

A ridiculously helpful guide to 9 types of Spanish pronouns