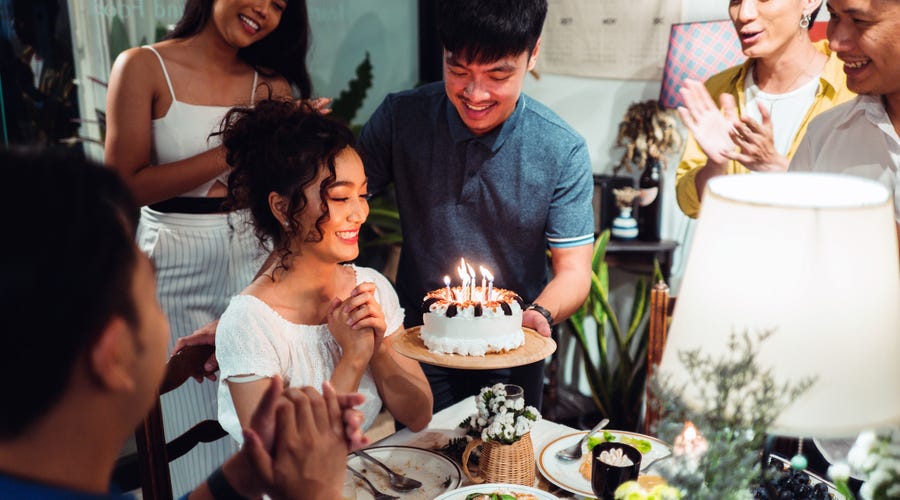 Learning how to say happy birthday in Spanish takes no time and could make someone’s birthday an unforgettable experience.

Celebrating a birthday is one of the most intimate experiences you can have with someone. As you learn Spanish, you’ll inevitably run into many situations where you’ll want to wish someone a happy birthday.

Whether you’ve moved to a Spanish-speaking country, are traveling through Latin America, or are simply having a birthday celebration with your Spanish class, you’ll have no shortage of reasons to celebrate a birthday.

Plus, if you know anything about Latin American cultures, you know we know how to throw a party! From cumbia to bachata to mariachi and beyond, there are countless unique kinds of music that make Latin American birthday parties unmissable.

So, let us show you some of the best ways to say happy birthday in Spanish. We’ll also cover some funny and unique ways to wish someone a happy birthday, in case you’re not someone to go with the flow.

Make sure to read the article all the way ‘til the end as we’ll also cover some important cultural considerations to keep in mind regarding birthdays in Spanish-speaking countries!

How to say happy birthday in Spanish

As with English, there are countless ways to wish someone a happy birthday. In this article, we’ve included over sixty unique ways to congratulate someone for their birthday in Spanish.

This first section will cover some of the more common ways, such as how to wish someone a belated happy birthday, while the following section will include more funny and quirky examples!

What’s a birthday without a birthday song? Even in Spain and Latin America, singing happy birthday is one of the most important parts of every birthday celebration. However–as you probably expected–Spanish speakers don’t actually sing the birthday song you’re so used to!

What you may not have expected, though, is that there is more than one traditional happy birthday song in Spanish-speaking countries!

The most common one is almost a word-for-word translation of the English happy birthday song. This is the most popular birthday song in Spain and most of South America. The lyrics are very similar to the English version, although there are two main variations!

The other popular birthday song is Las Mañanitas. This birthday song is used throughout Mexico and the Spanish-speaking communities in the United States. This one is completely different from the birthday song you’re used to! Check out the lyrics below and see how soon you can sing along to it!

How to write a happy birthday card message in Spanish

Many people enjoy birthday cards on their birthdays as they can keep them as fun keepsakes of their loved ones. If you know anyone like this, you might be looking to learn how to write a happy birthday card in Spanish.

You can also just surprise anyone with a heartfelt birthday card. It will make them feel special while also giving you an opportunity to practice your letter-writing skills in Spanish.

If you’ve never written a birthday card in Spanish, here are some useful tips to keep in mind. 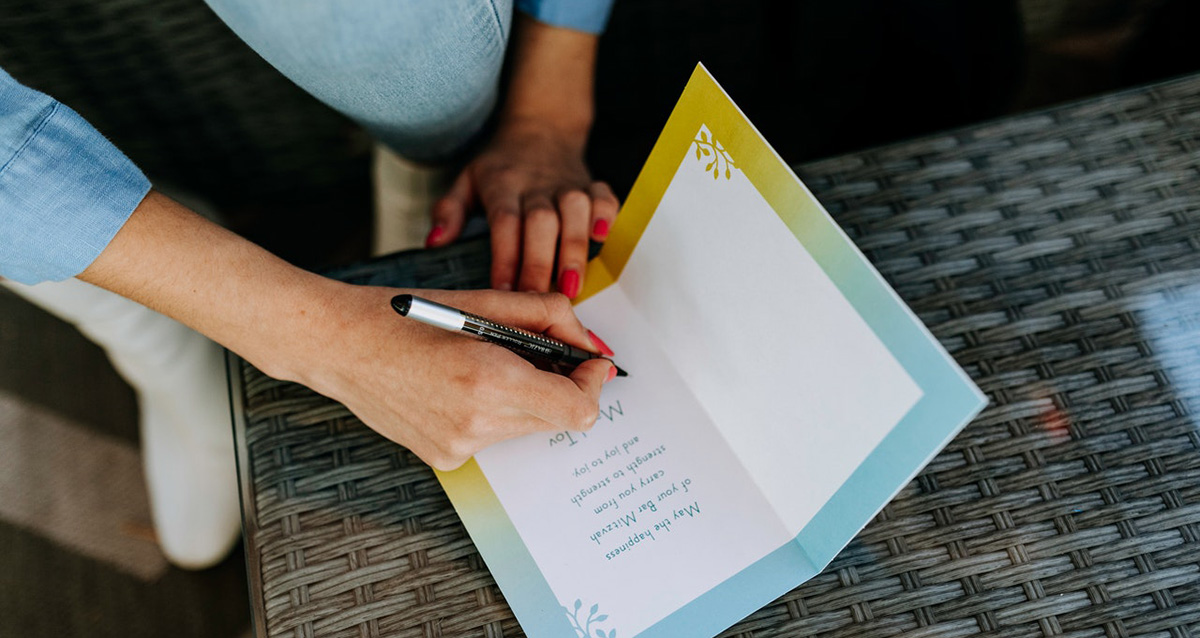 Opening a letter in English is quite easy, as the standard “Dear” is almost always used. In Spanish, you have to make a decision that will impact the tone of the entire letter: Estimado or Querido.

Estimado translates directly into “Esteemed,” but it can also mean “Dear.” This is the more formal of the two, so this is what you would use if you were writing a birthday card for your boss or your mother-in-law. If you open your letter with Estimado, then you would normally write the rest of the letter using the formal usted.

On the other hand, starting with Querido is a lot more casual and intimate. It roughly translates to “beloved,” so it wouldn’t be an appropriate way to open a letter to your boss. However, feel free to use it freely with romantic partners, family members, and good friends. You would write the rest of your letter with the informal tú after opening it with Querido.

The body of your birthday card is where you can really personalize it and give it your own spin. Here, you can go as formal or casual as you’d like, depending on who you’re addressing your letter to and what your relationship with them is like.

So, we’ll give you a few example sentences that you can use for different contexts, depending on if you’re trying to say happy birthday grandma in Spanish or want to send a respectful birthday card to your boss.

Common questions about birthdays in Spanish

If you live in or are traveling in a Spanish-speaking country, birthdays can very easily come up as you meet people. After saying hi to someone, casual conversation may naturally lead to birthdays, especially if you’re interested in knowing people’s zodiac signs. Here are some common questions you may encounter regarding birthdays. 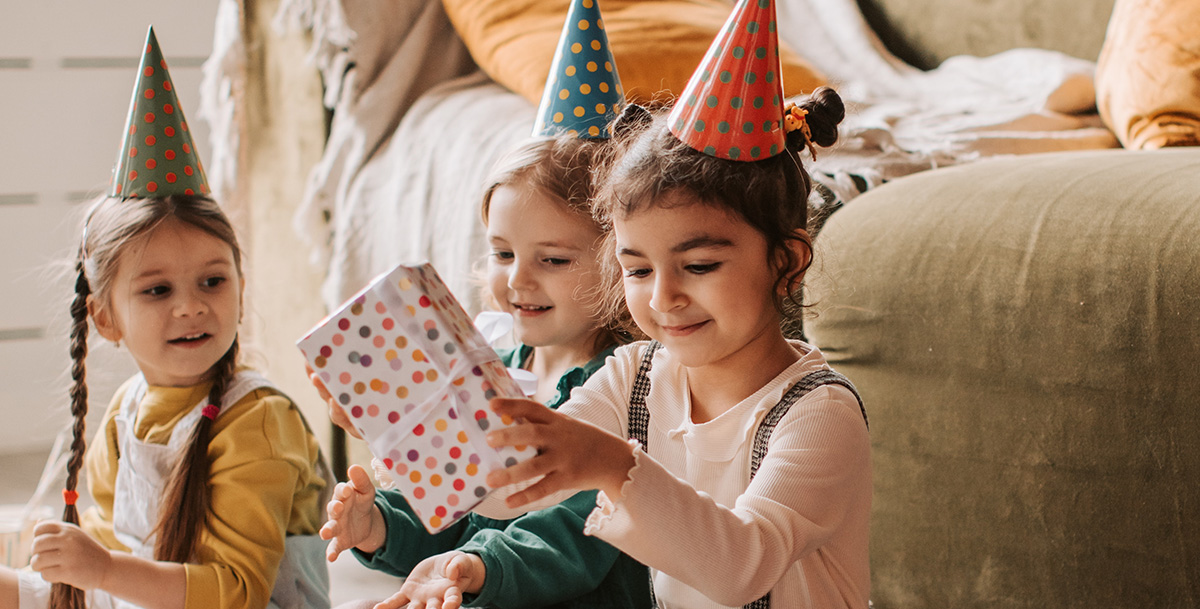 Beyond ways to just send a happy birthday message in Spanish, there are plenty of auxiliary words that will help you deal with birthdays in Spanish-speaking countries. Here is some birthday vocabulary in Spanish to help you round out your knowledge.

You probably already expected to see this wonderful tradition somewhere in this post. And if you’re not familiar with piñatas (pee-nyah-tas), let me introduce you to this fun birthday activity.

Most birthday parties in Mexico (and certainly all children's birthday parties) will include a piñata. These are decorated figures made with cardboard and paper maché that are filled with candy.

The birthday person (and oftentimes party guests as well) must hit and break the piñata so that all the candy falls on the ground. Once the piñata is broken, all guests are welcome to charge for the candy on the ground!

There’s a typical piñata song that is played whenever someone is hitting the piñata. Party guests are expected to sing along, so watch the following video and with lyrics so you’re not lost next time you attend a Spanish-speaking birthday party!

If you’re celebrating your birthday in Spain, you may want to watch out! Ear pulling is a typical birthday tradition in Spain, where close friends and family give you one ear tug for every year you’ve lived–plus an extra one for luck!

So, no, don’t take it as a form of violence if someone pulls on your ear on your birthday!

La mordida is one of the more bizarre birthday traditions in Latin America. Of course, all birthday parties must include a birthday cake, but they tend to serve a very different purpose across Latin America.

Instead of eating the birthday cake–as you’d expect–you’re meant to shove the birthday cake in the birthday person’s face! Immediately after the happy birthday song is over and the candles are blown, someone will inevitably start chanting “¡Mordida! ¡Mordida!” If you don’t know what that means, then watch the video below!

One of the most famous Latin American birthday traditions is the quinceañera. This is an extra-special, once-in-a-lifetime celebration that happens only when a girl turns 15. This is a major milestone as it marks the beginning of the transition from childhood to womanhood.

Quinceañera celebrations are usually big parties that include:

You should definitely do your best to attend a quinceañera party if you ever have the chance to!

Should happy birthday be capitalized in Spanish?

Should you text your ex happy birthday?

You shouldn’t text your ex happy birthday if you haven’t moved on yet. If you think getting in touch with your ex will prevent you from moving on, then you should avoid texting them happy birthday.

However, if you feel that you’ve both moved on and sufficient time has passed, then there’s nothing wrong with sending a friendly happy birthday message!

Do Spanish people have two birthdays?

Spanish people do not have two birthdays, but you may have heard of the Saint’s Day celebrations in Spain. In Spanish, “día de tu santo” can often refer to two things: your actual birthday, and your Saint’s day.

As you probably know, Catholicism has a very big influence on Hispanic countries and their cultural traditions. Celebrating your saint’s day (according to the Catholic Santorale) is one of those instances.

However, your Saint’s Day is nowhere near as important as your actual birthday. You may be greeted with a “¡Feliz día de tu santo!” on your Saint’s Day, but that’s it. You wouldn’t throw a party on your saint’s day, and you certainly shouldn’t expect any presents!

If you’ve read through the entire article, ¡Felicidades! Now you know over 60 fun and exciting ways to wish someone a happy birthday in Spanish. You don’t have to learn them all, though. Instead, focus on meeting more people and making more Spanish-speaking friends. That way, you’ll have many more chances to practice how to say happy birthday in Spanish!

If you enjoyed this article, make sure to also check out the rest of our Spanish blog! We publish fun (and free!) study resources like these all the time, so make sure to bookmark it and come back soon!

How to order food from a restaurant menu in Spanish: Top guide