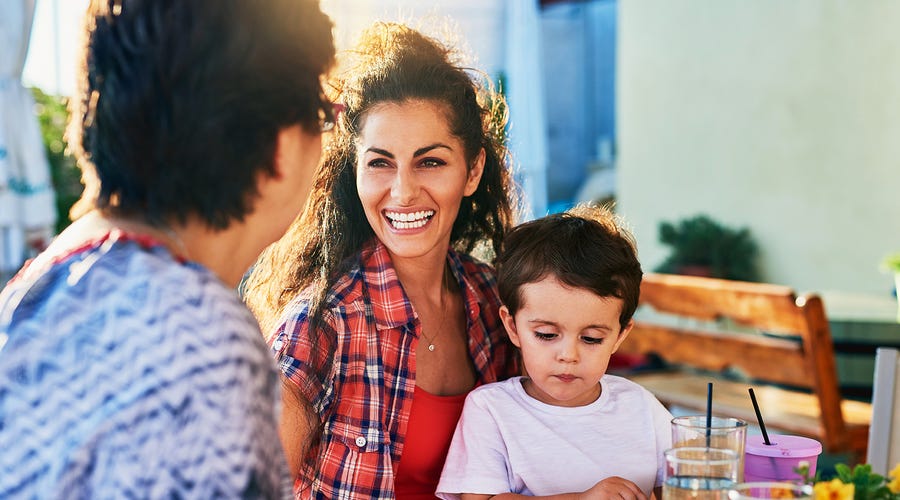 They say family is everything, so will learning how to talk about your family members in Spanish give you full mastery of the language?

Erm… not quite. But it can get you close! While families are incredibly important across cultures all over the world, the concept of family takes on a whole new meaning in Spanish-speaking cultures.

Not only do Spanish speakers tend to have more siblings, cousins, aunts, and uncles, but they also tend to be a lot closer with their extended family. If you come from the United States–or any other country that speaks a Germanic language–you’ll likely have a very different perspective on all things family.

Learning to talk about family members in Spanish can help you:

As you can see, learning to talk about family in Spanish has many benefits that go beyond just you and your family. There’s a lot to cover with this blog, so let’s get started!

No matter how large or complicated your family may be, we’ll provide you with a full family members in Spanish list. So, whether you come from a traditional family or a modern family, we promise we’ve got you covered!

But first things first: let’s talk about how to actually say family in Spanish. Luckily, you probably won’t have to spend more than a couple of minutes learning it!

If all you really care about is how to say mom in Spanish, then this section’s for you. If you’re very close with your nuclear family, you’ll want to know how to talk about your parents and siblings in Spanish as you make your way through the Spanish-speaking countries.

As you may have heard, Hispanic cultures tend to be much closer with their extended family. A recent study on Mexicans and Puerto Ricans living in the United States concluded that Latinos have a higher incidence of coresidence with and involvement in the lives of extended family members.

As you’ll see later on in this article, big families are a big part of Hispanic cultures. So, even if you’re not super close with all your relatives, learning how to talk about your extended family in Spanish is definitely a great idea! 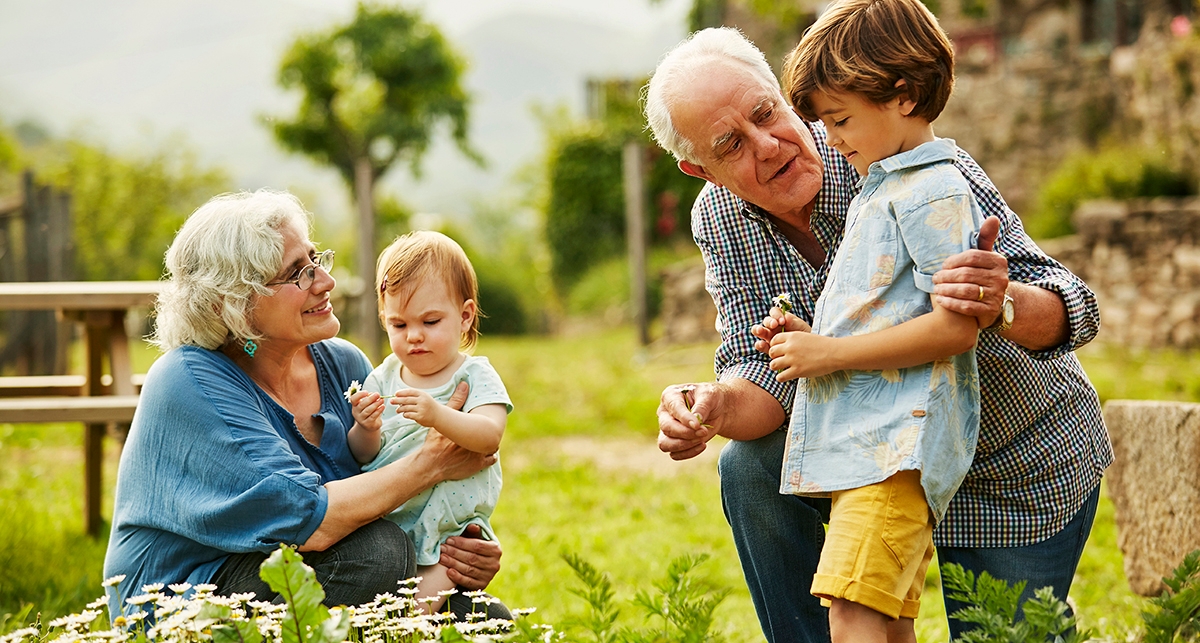 Getting married is one of the biggest decisions you can make in your life. And, as they say, you don’t just marry the person–you marry their whole family. So, whether you’re about to tie the knot, or just can’t help but picture yourself living your best married life, here is what you should call your in-laws in Spanish. 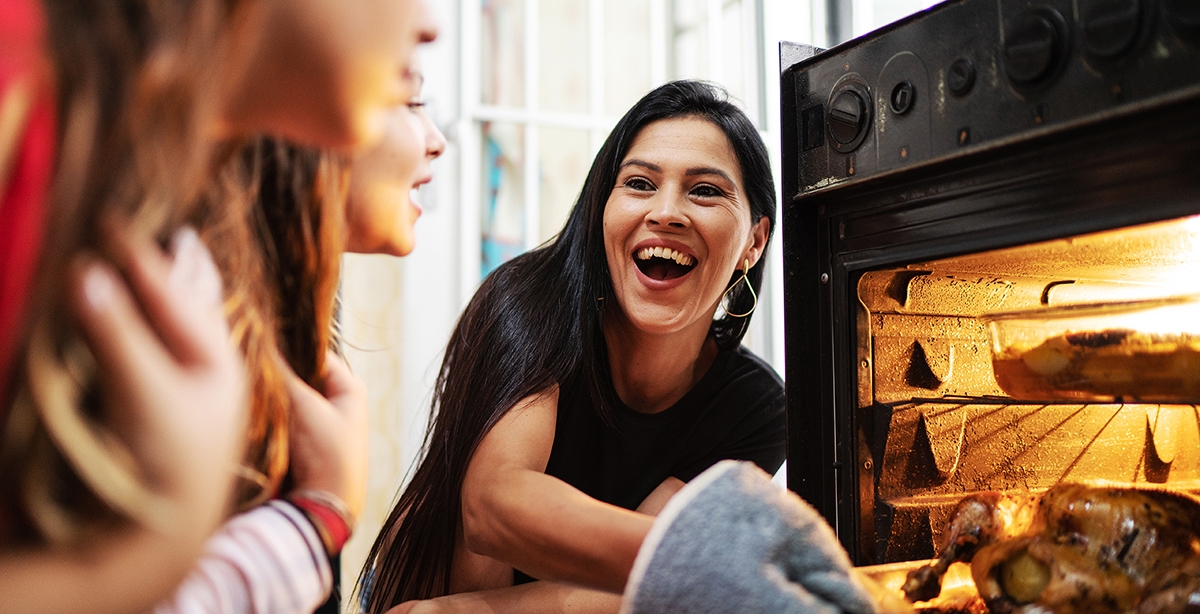 Beyond just family members, there are plenty of family-related words that you should learn when talking about families in Spanish. These words will help you express yourself more naturally and accurately when discussing anything related to your or anyone else’s family!

Nicknames for family members in Spanish

If you’ve been studying Spanish for a while or have spent any time in a Spanish-speaking country, you probably already know that Spanish speakers love using nicknames. From terms of endearment to Spanish slang words, informal speech is a quick way to show closeness and affection with your family and friends.

Talking about family in day to day situations

Learning all the family members in Spanish can take a while, especially if you’re just starting to learn. However, there’s no reason not to start using a few words right away. Here are some sample questions and answers that you can use, whether you want to learn more about someone’s family or want to share details about your fam!

Oh, and since many of us love our furry family just like the rest of our family, we’ve included a Q&A on how to talk about your pets in Spanish! Check out our blog on animals in Spanish to learn about over 200 different animals!

The questions and answers above weren’t a part of a full conversation. If you’re itching to see what a typical conversation about family could be like, here’s a sample. This would be an appropriate conversation between two people who just met and are starting to get to know each other, whether in a romantic way or just as friends!

Age is one of the most common things to mention when talking about your family. Of course, knowing the numbers in Spanish is a prerequisite to talking about age in Spanish. If you’re not feeling confident about your counting abilities in Spanish, head over to our numbers blog first to get a refresher!

Describing your family in Spanish

Once you’ve established the introductory facts such as the number of relatives and their age, the next step is to get even more descriptive. What are they like? Do they look like you? Is your family growing still? Here are a few examples of how to describe your family in Spanish, but feel free to get as creative as you’d like!

One of the most fun parts of learning a new language is acquiring all the wisdom and cultural tidbits that come from phrases and idioms. There are hundreds of popular family-related Spanish idioms, and we’ve included some of our favorites in the table below.

Videos to learn how to talk about family in Spanish

Meet my Familia! Speaking About Your Family In Spanish

If this is your very first time learning about family in Spanish, then you will surely need to spend some time covering the basics. In addition to reviewing our vocabulary sheets above, you should watch a few introductory videos to help you nail down the pronunciation!

The following video goes over the most common family members and Spanish. Make sure to participate when requested so that you start getting comfortable with speaking about the family in Spanish!

If you’re at an intermediate Spanish level, you’re probably looking for something more intricate. You’re probably already having conversations and are perhaps even meeting people in Spanish. And what better way to get to know someone than by asking them about their family?

The following video covers some very helpful family questions you can ask someone. It also goes over how to answer some of these questions. Now you don’t have an excuse to get flustered next time someone asks about your family!

If you’re a more advanced Spanish learner, then this is the video for you. Talking about your family members is a great way to practice indirect speech, and this casual conversation between two friends shows exactly that.

Put your listening skills to the test with the following conversation!

Cultural considerations when it comes to family in Spanish

1. Families are much bigger

It may be a stereotype, but it’s one that’s been proven true by many studies. According to Pew Research, Hispanic families in the US are the biggest of all race groups, on average.

So, don’t be surprised by the average size of a family in Latin America!

Although this has been changing in recent years, traditional gender roles are still very prevalent in Latin America. You’ll find that boys are often encouraged to go to college and start businesses while girls aren’t.

Thanks to feminist movements across Latin America, the importance of traditional gender roles is slowly fading. These days, it’s not uncommon for women to be successful in business and hold important corporate positions. However, there’s still a long way to go for gender equality, as only 4.2% of CEOs in Latin America were female as of 2019.

3. Children can live with parents until marriage

If you come from the United States, you’re probably used to the notion that children are supposed to move out of their parent's house when they go to college or when they turn 18. However, this is very different in Hispanic cultures.

4. Children are expected to care for their parents

In the United States, most adults are expected to plan for their retirement. Choosing when and how to retire is everyone’s personal decision, so you’re expected to save enough money to sustain the retirement lifestyle you envision for yourself.

In Latin America, this isn’t often the case. While children are usually allowed to live with their parents until they’re much older, they’re also expected to have a bigger role in caring for their parents once they reach retirement age.

Again, every family is different, so caring for parents can be anywhere from providing minor financial assistance, to having your mom live with you! It’s also worth noting that daughters share a larger responsibility–again, likely due to traditional gender norms.

Keep practicing to avoid losing your familiarity with Spanish!

We hope you’ve enjoyed learning about all the family members in Spanish! We know that our list is quite extensive, so don’t try to rush your way through our family members in Spanish list. Just keep practicing the Spanish terms for family in your daily life and you’ll arrive at mastery in no time!
If you enjoyed this blog, check out our Spanish blog for even more free Spanish study resources!

5 Spanish songs that will help you learn Spanish fast