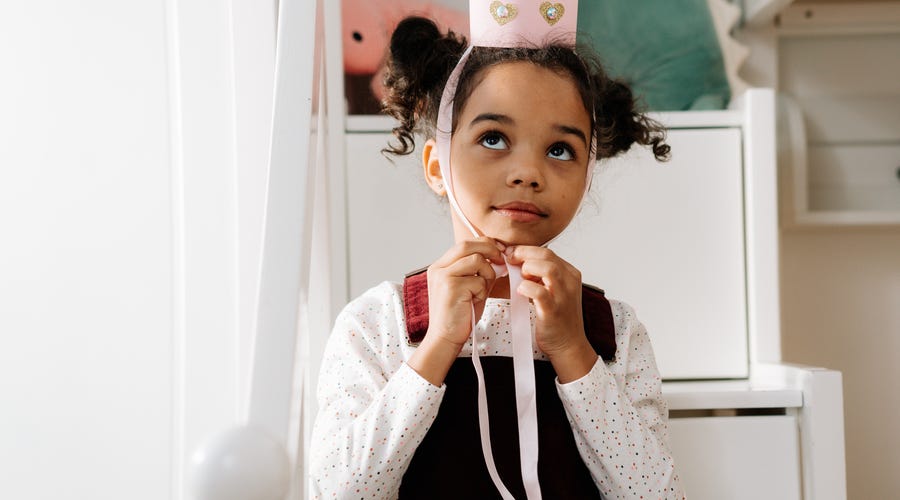 Even if you’re not a huge fan of kings, queens, and monarchies, you’d be smart to spend some time learning about royalty in Spanish.

If you’ve been learning Spanish for a while and following our free Spanish content, you may be wondering if this is too niche of a topic for our blogs. Of course, most of our blogs deal with bare essentials, like talking about the weather in Spanish and learning about drinks in Spanish. So, is royalty really essential?

Well, yes! If you want to converse naturally and fluently with native speakers, you’re going to need to use Spanish terms of endearment. You’ll quickly notice that many of these terms have some sort of connection to monarchies and royal families. After all, the Spanish Monarchy is part of the reason why Spanish is spoken in so many countries around the world.

You’ll notice that many terms of endearment include royal words like “princess” and “king.” And that’s not just limited to romantic or very close relationships–even casual friends can refer to each other as “king” in some circumstances. There’s even some fun Spanish slang that involves kings! But more on that later.

Besides being able to use more casual and thoughtful terms of endearment, learning royalty vocabulary in Spanish will help you:

So, even if you think calling someone your prince or princess is cheesy (we think it’s adorable but to each their own!), there are plenty of great reasons to learn about royalty in Spanish!

How do you say “royals” in Spanish

Even if we’ll never be royals, we should learn how to talk about them in Spanish. Before we delve into all the different characters that make up royal families and their entourage, let’s take a look at how to actually say royalty and monarchy in Spanish.

How to say queen in Spanish

Most countries may have done away with monarchies by now, but the word “queen” has not lost its prevalence one bit. From queen-sized beds to the “queen of pop” (we’ll let you decide who that is!), there are countless ways the word queen makes its way into everyday speech.

Other terms that use the word queen in Spanish

In Spanish, it’s also very common for couples to use mi reina (my queen) romantically. A bit cheesy? Maybe. Romantic? Most Spanish speakers would say yes! So, don’t be afraid to call your significant other mi reina if you’re trying to wow her. If you’d like to go above and beyond, check out our article on how to say I love you in Spanish for more ideas on how to flirt!

How to say king in Spanish

Even if kings aren’t as relevant today as they were a few centuries ago, it’s still important to learn about them and royal history. Knowing how to say king in Spanish will allow you to visit museums in Spanish-speaking countries and understand more about their rich histories!

Mi rey vs. Mirrey in Spanish

If you’ve ever been to Mexico or have watched any Mexican TV shows, movies, or soap operas, you may have noticed that mi rey is used very often. However, there’s an important distinction between “mi rey” and “mirrey.”

The first (with a space) is an earnest term of endearment that you can use with friends, families, and even acquaintances if you have a big personality. However, the latter (without a space) is a phrase used to describe a certain type of person. One that typically abuses the use of “mi rey” to the point of annoyance.

In Mexico, “mirrey” is a slightly derogatory word used to describe a male who may or may not have money, but certainly tries hard to make everyone believe he does. These types of guys usually have a very particular accent and may or may not be rude and obnoxious. Though the mirrey scale goes from quirky yet harmless to wildly rude and unbearable, you never want to be called one!

Check out the following video for some clear examples of what mirreyes are like.

Other terms that use the word king in Spanish

Even if the mere thought of kings and history could put you to sleep, you’ll want to learn how to say king in Spanish. You’ll be able to use plenty of words and phrases that include the word king, like “king of kings” and “king-size.” At the very least, you’ll be able to visit Burger King with more ease!

One of the most popular Spanish tongue twisters involves a very famous king: the king of Constantinople. If you’re an advanced Spanish learner or are simply up for a challenge, you should try saying the following tongue twister out loud!

If you’re having a hard time reading that out loud, check out the following YouTube video for an easy demonstration!

How to say princess in Spanish

This is the section for all you hopeless romantics, and maybe those of you with children, nieces, or younger cousins. Calling a girl a princess can either be very romantic or super sweet, depending on who you’re using it with. Just make sure not to call a stranger a princess, as that would certainly be a tacky way to break the ice!

Other terms that use the word princess in Spanish

If you’re looking for more romantic phrases to call your significant other, we’ve got you. There are also many phrases and terms that include the word princess, so we’ve included some of those as well. No matter the case, there are plenty of reasons to learn princess in Spanish!

How to say prince in Spanish

If you’ve got many kids, nephews or young relatives in your life, you’ll want to learn how to call them “prince” in Spanish. As you already know, Spanish speakers tend to be very warm and use many different words of affection to refer to their loved ones.

Other terms that use the word prince in Spanish

Many other phrases and sayings include the word prince in Spanish. One of the most famous books in the world also revolves around a prince: Saint-Exupéry’s The Little Prince. In Spanish, the book is simply called El Principito, as the -ito suffix changes the meaning from prince to little prince! 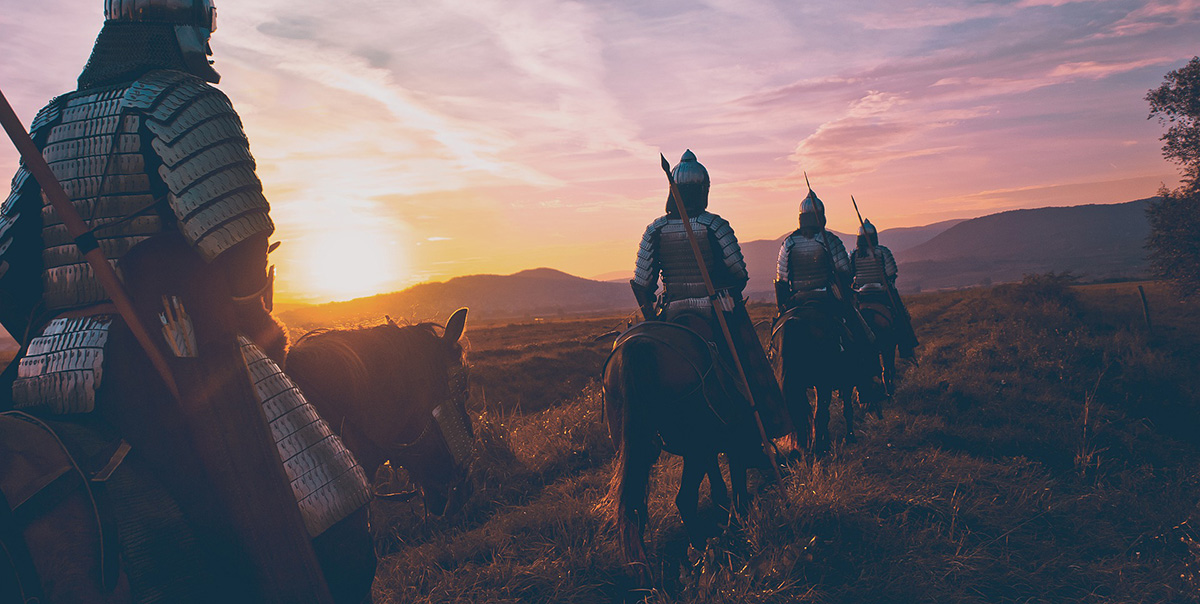 Deck of cards in Spanish

If you enjoy playing sports and games like Poker or Texas Hold’em, you surely use royal vocabulary. Here are some of the most important words you’ll need to know if you want to play card games in Spanish with your friends!

Royalty in Spain and across Latin America

If you come from the United States or another English-speaking country, you’re probably familiar with the British Crown. But what about the Spanish Crown?

Both Spain and the United Kingdom are constitutional monarchies, meaning that they have a monarch as a symbolic head of state while also having a constitution and democratically-elected legislators.

They also embarked on large-scale colonization in previous centuries, getting their respective languages and customs in places far away from the throne. Let’s take a brief look at how the Spanish Crown was different in Latin America.

As opposed to the British Crown, the Spanish Crown established viceroyalties in its new territories. In essence, a viceroy is somewhat of a “deputy king,” with full power to rule over its designated territories in the best interest of the Crown.

The Viceroyalty of New Spain

The Viceroyalty of New Spain was set up in modern-day Mexico City. This viceroyalty was in control of a very significant portion of Spain’s territories, from Central America through much of the modern-day United States all the way to the Philippines.

This period lasted for three centuries, dating from 1521 through 1821, when Mexico successfully became independent from Spain.

The Viceroyalty of Peru

The viceroyalty of Peru, on the other hand, was in charge of much of South America. With the exception of the territories controlled by Portugal, most of the affairs of the South American continent were dictated in Lima, Peru.

This period lasted from 1521 through 1824, being the last viceroy of Spain.

Keep up with your Spanish and claim your crown

No matter if you’re an intermediate Spanish speaker or just a beginner, you too can attain full Spanish proficiency. With enough practice and more fun study resources like this one, you’ll (slowly but surely!) perfect your Spanish to the point where it’s in another realm!

214 intriguing weather expressions in Spanish you'll take a shine to

252 delightful drinks in Spanish to wet your word whistle