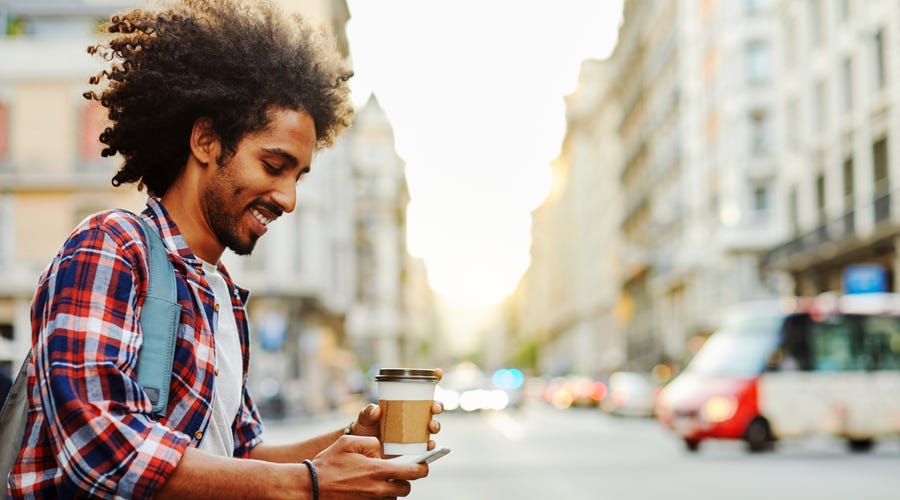 One of the great joys of foreign language learning is discovering a word for a concept you’re familiar with but didn’t have a word for before.

It’s something like reading a novel and identifying with a character’s experience when you thought you were the only one who’d felt that way before. While this happens frequently across a variety of languages, we’re going to focus in this post on the intersection of German and English.

It’s often the case that native English speakers stumble upon German terms with no equivalent in English, though they’re intimately familiar with what the terms are describing. In German, these terms are often compound nouns, meaning they combine several words into a single term and a single concept. You may be familiar with some of these already, such as the term Zeitgeist, or “time spirit,” which means the defining mood or spirit of a certain era.

In this post, we’re going to share some German terms you may not be familiar with, which lack intuitive equivalents in English. You may find yourself adopting them and peppering them into your English the way many do with Zeitgeist, or just taking note of them for the next time you brush up on your German. But first, a little comparison of English and German to throw some light on your learning.

How similar are German and English?

You may already know that German and English are both “Germanic languages,” as opposed to languages like French and Italian, which are “Romance languages.” Modern English, which evolved from Anglo-Saxon English in what is now Great Britain, is derived from the same root language as German: Proto-Germanic. Though it may seem counterintuitive, as German grammar is notoriously complex, English and German are considered to be 60 percent lexically similar.

One historical reason for this is that England had already been occupied by Germanic tribes by 500-800 A.D., when William the Conqueror led the Norman invasion of England in 1066. So by the time Norman (or French) and Latin came to influence old English, it was already heavily influenced by German.

This is why Shakespearean English appears to have such a “foreign” grammatical structure. Take the following line from Hamlet, for instance: “Neither a borrower nor a lender be; For loan oft loses both itself and friend, and borrowing dulls the edge of husbandry.” Notice how the verb “to be” is at the end of the phrase before the semi-colon. That’s the influence of German, which is known for placing its verbs at the end of sentences. What’s more, Shakespearean English appears to modern English speakers to be quite experimental, in the sense that different parts of sentences could be rearranged to emphasize different pieces of information. This is exactly what you can do in German, for example placing the time of day or day of the week in a different part of the sentence to prioritize or reduce its importance.

Many words are recognizable between the two languages.

For instance, you might guess that ich habe means I have or that zu lernen means to learn. English has even adopted some German words that are so commonly used you may not even know they’re German: Kindergarten, Doppelganger, Gestalt, Wanderlust. Still, the vocabulary is very different, and you’ll need to spend as much time memorizing new terms as you would for any other language.

One big difference between the languages, as noted above, is that the verb almost always comes at the end of the sentence in German. This is in contrast to English, where the verb normally comes in the middle. Take the sentence “Can I have another beer, please?” In German you’d say “Kann ich bitte noch ein Bier haben?” Translated literally in English, this would be "Can I please another beer have?” Surely, it sounds odd to English ears, but this is the order of operations in German.

Another difference is that all nouns in German are capitalized, whether they appear at the beginning, middle, or end of a sentence (e.g. the word “Bier” in the above example). Aside from basic grammatical differences, there are also differences in etiquette when it comes to written communication. For instance, when writing an e-mail or letter to someone, you don’t capitalize the first word in the first paragraph following the person’s name. Instead of “Dear Anna, Please forgive the late reply,” you’d write “Dear Anna, please forgive the late reply.”

It’s also very common to use formal titles in German, such as “Frau” (Mrs.) and “Herr” (Mr.), when addressing someone you don’t know well. Designations such as “PhD” and “MD” are also extremely important to include as part of your name or someone else’s, especially in an academic context.

To summarize, although German and English are more similar than, say, English and French, there are still many differences—both big and small—to keep in mind as you learn.

You'll probably find our comprehensive guide to German pronouns quite useful if you're keen to further your understanding of this intriguing language.

10 German words with no English equivalent 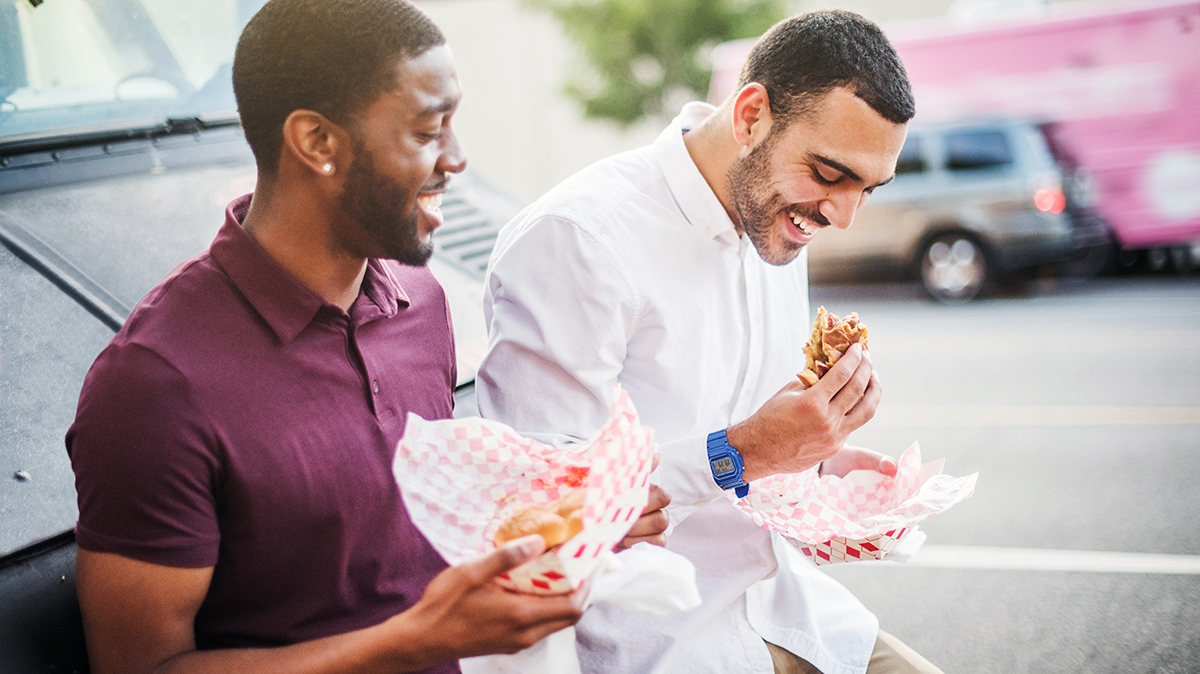 You can translate this one as “springtime fatigue.” It’s a state of lethargy, experienced between March and May, leftover from the winter period. Common in Germany, many experience it as tiredness, sensitivity to the weather, dizziness, headaches, irritability, pain in the limbs, or mild depression.

Though it’s not officially recognized as a medical condition, it’s estimated to affect over half of Germans.

This one translates to “head cinema,” built from kopf (head) and kino (cinema). It’s a label for the experience of playing out scenarios in your mind, whether it’s a series of images from the past or hypothetical scenes about the future.

The term comes from the notion of playing a film in your mind. This elaborate daydream can be pleasant or unpleasant, depending on the situation.

You know those moments when your friend is going through a rough time and you stop everything you’re doing and take them out or show up at their door because it’s the right thing to do, and you know they’d do the same for you? That’s Freundschaftsdienst, best translated as “friendship service.” We all know the concept, but Germans have a word for it, of course.

This is a word for unintentionally making things worse in the process of trying to improve them. You may know the feeling of trying to repair a rupture you’ve caused in a friendship by saying the right thing, only to dig yourself into a deeper hole when you realize it wasn’t the right thing to say after all.

Think of it as accidentally “improving things for the worse.” It’s a common enough experience that it deserves its own term, and the Germans already have it covered.

This term, derived from the words sehnen (to yearn) and sucht (addiction, craving) means longing, craving, desire, or yearning for someone or something. It connotes a sickness caused by this feeling.

You might experience it in anticipation of a friend’s arrival or use it to elaborate on a feeling of homesickness after traveling for a long time.

This is the feeling of having a dwindling amount of time to meet a goal. In English, it translates to “door-closing panic” or “gate-closing panic.”

It could refer more generally to the sense of having a narrowing window of time to meet a project deadline, or the more specific and unique feeling of getting older and not having found a partner or started a family yet. You can adapt it to whatever context is relevant for you.

Ever had what you thought was a brilliant idea, only to wake up and recognize its flair of insanity? This is a Schnapsidee, the kind of wild idea that you might have after a round or two of Schnaps, only to regret it later.

It can also be used to describe an idea that’s so silly it must have been thought of by a drunk person. Another handy term that doesn’t exist in English, though you’re likely familiar with the concept.

Feeling the weight of the world lately? That’s Weltschmerz, which translates to “pain of the world.” Maybe you’re overwhelmed by current events, or disillusioned with politics, or otherwise find yourself bemoaning the state of things. If so, this is the term for you.

You know the feeling of joy-tinged freedom when you’re finally off work for the day? That’s Feierabend, or “celebration evening.” Germans wish one another a nice time off work in this way, and it can even be used when it’s not technically evening, for instance by two colleagues getting off a night shift at 8am.

We all know the feeling but there isn’t quite a term for it in English. Again, German to the rescue!

This term, which translates as “distance sickness” or “faraway pain,” is nearly the opposite of homesickness. It means you’re pining for travel to distant lands, only satisfied when you’re drifting in that particular Bohemian way, happiest when seeing new places and meeting new people.

These German words that don't exist in English are only the tip of the iceberg. If you enjoyed this post, remember to keep expanding your knowledge of German vocabulary for free, with our fun German blog article lessons.