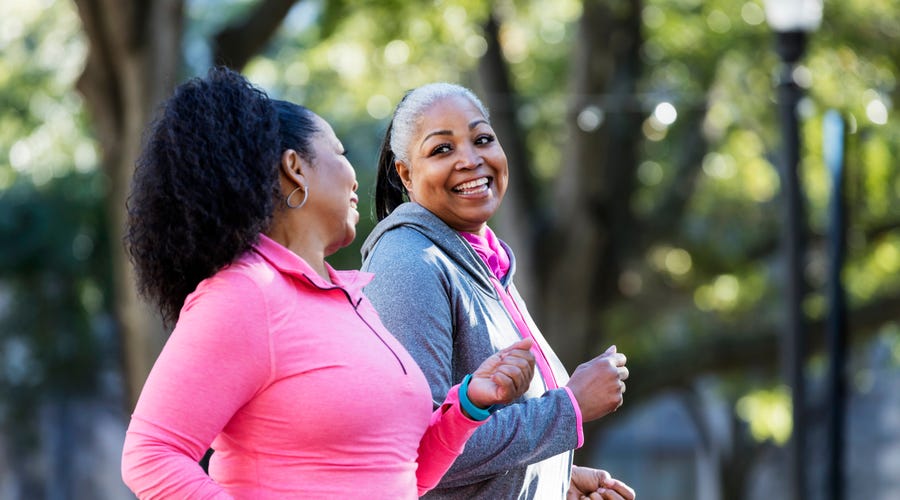 'How are you?' in German: 51 meaningful ways to ask & answer

Once you know how to say hello and how to ask someone their name in German, you’re ready to explore the next important question: “How are you?” in German.

In German-speaking countries, this question will be considered as polite, considerate or awkward. It all depends on the situation - but don’t worry. We’ll teach you the differences.

In America you hear the phrase on every corner, during every social interaction. Your boss, the cashier, and even strangers on the street all seemingly want to know how you are. Except they usually don’t even expect an answer. It’s just a natural addition to saying hello.

Similarly, in German, the common phrase “Wie geht’s?” in combination with a casual tone of voice can also be used as a rhetorical question.

This is especially helpful in the following situations.

In German-speaking countries, where small talk isn’t as popular, this use of the phrase happens a lot less often though. Most of the time “Hi, how are you” in German is used as an honest requiry about your well-being.

So if someone asks “wie geht’s dir?” and seems to wait for a serious answer, it’s your turn to give an honest response. In that case, it’s only polite to go into a little bit of detail on how you actually are.

German-speakers might expect a real answer if they ask “how are you”, especially under these circumstances:

How to say “How are you?” in German

When learning German, you’ll soon ask yourself how to say “how are you” and luckily, the most common way is short and sweet: “Wie geht’s”, pronounced “Vee - gehts (like a prolonged “gets”).

The longer version is “Wie geht es dir?”, which literally translates to “how does it go to you?”

“Wie geht’s” is usually safe to ask anyone - from your best friend to your boss, even at work or a formal event. It’s a rather casual term but it’s still polite. However, depending on how well you know the other person and if they’re an important person, you can resort to more formal expressions.

How are you in German in formal situations

If you want to ask “How are you” in German in a formal context, when you don’t know the other person, you can ask “Wie geht es Ihnen?”.

To be more specific, you can add “Wie geht es Ihnen heute Abend” (How are you tonight) for example or use a number of different variations, depending on the context.

How are you in German slang

When you’re talking to a close friend or family member, you can be as casual as you like. In that case, the question is often an honest one and the answer should be more than “fine”. To have a considerate conversation with a German-speaker, you can always ask about their well-being, their family or their job.

The better you know a person the more specific your questions can be. You probably know the names of their partner, pets or kids, so you can ask about those too. If they told you that their grandma had hip surgery or their daughter had her first day of school, you should ask how those events went.

Germans generally appreciate an honest interest in them a lot more than polite small talk.

How to respond to how are you

If you’re still wondering how to respond to “how are you” in German, keep in mind that it depends on the relationship you have with the person asking you. If you have an open and safe relationship with your boss, feel free to give them an honest answer, even if you’re feeling overwhelmed or exhausted for example - or especially then. So you can find a way to solve the issue.

If someone asks you “How are you feeling” in German, (Wie fühlst du dich?), they want an answer. For an in-depth response, head on over to our article on how to express all your emotions in German.

Should you ask a German “how are you”?

Now that you know how to ask a German “how are you”, you better get ready for the answer!

When You Casually Ask a German "How are you?"

The joke goes that Germans take everything so literally that they will give you a detailed, personal account of their well-being if you simply ask them how they are - but of course that’s just a joke.

It’s true that we don’t care for small talk but if there’s one thing we despise even more it’s sharing personal information with strangers.

So in reality, if you ask a complete stranger “how are you” in German, it’s a lot more likely that you will be met with a confused look or maybe even ignored completely. If you mean to say hi, just say hi and nod or smile.

“How are you” is not just a way to say hello like it is in English. Instead, it’s used to start a conversation. So don’t expect your German cashier at the grocery store to ask you how you are and only only ask “wie gehts dir” if you actually want to talk to someone.

Where does the expression “wie geht es dir” come from?

The English question “how are you” is very straightforward. It calls for an adjective to describe your state. You can be good, bad, happy, sad or a million other things, all of which will satisfy the person asking the question.

However, in a number of other languages, including German, the question translates to “How does it go?”, similar to the English “How’s it going?”

The idea behind the question is linked to the notion of life passing by, just like time is passing by. In German, you also say “Zeit vergeht” (time walks past). So when you ask someone how they are in German, you’re basically asking them: “How is time passing by for you” or “how is life progressing for you”?

It’s not just a specific question about the other person’s current state but rather a general inquiry about how their life is going. Maybe that’s why the answers are often more complex in German and other languages!

Keep up with Lebenslauf

There’s a beautiful German word that’s in line with this notion of life walking or running past you: “Der Lebenslauf” (résumé or CV), which translates to “life’s run”. It paints a nice picture of you, going for a jog, plucking different skills and experiences on the way.

Well, now you know what “Lebenslauf” means and that the word follows the same logic as the German phrase “Wie geht’s dir?”.

That’s the beauty of learning languages and understanding more and more words. You’ll be able to piece them all together like a puzzle. You’ll start with something as simple as “how are you” but soon you’ll outgrow that stage of your language learning journey, and the more words you collect along the way, the more the language will make sense to you.

Now hop on over to our insightful language blog and collect some more pieces of the puzzle!