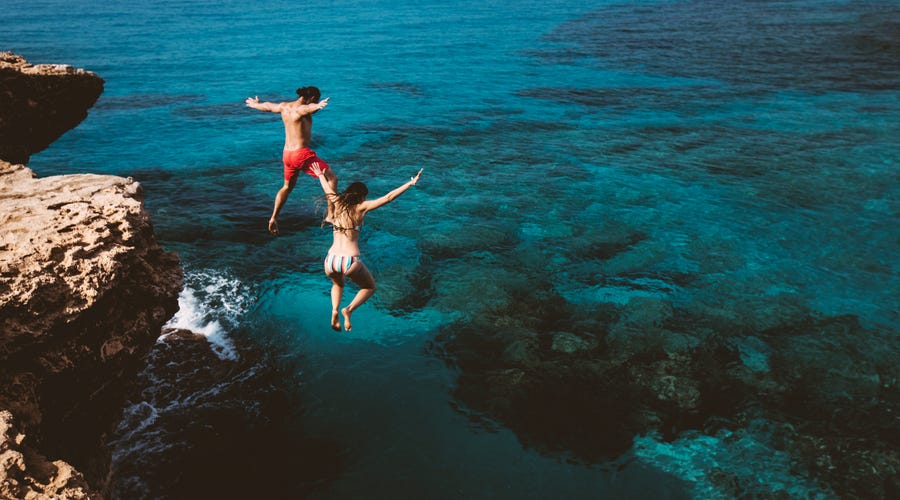 25 beautiful words for emotions that don’t exist in English

Although English dictionaries are consistently the longest in the world, containing over a million words – some of them being the lengthiest words in the world, it frequently happens that we can’t find the right word for our experience and have to look to another language for the right match.

Emotions and feelings, in particular, are difficult to describe since they contain so much nuance. That’s why we’ve compiled a handy list of words for emotions that you may have felt but which don’t have English equivalents. You’ll find terms from Japanese, Bulgarian, Finnish, Hindi, and more.

Keep reading to discover a collection of some of the most quintessential words for feelings and emotions that don’t exist in English.

Roughly translatable as “cozy,” hygge is the feeling of enjoying a warm, comfortable atmosphere at home. It comes along with little acts of domestic joy, such as lighting candles, baking, and spending time with family. Danes focus on creating this atmosphere, especially around the holidays.

A feeling of disorientation that comes from traveling in a country (or countries) that is not your home. The feeling can be good—inspiring positive new perspectives on oneself and the world—or not so good—triggering slight homesickness. It depends on the way the term is used.

Explore more unusual and classic words for feelings and emotions in French here.

Ever met someone and had the very memorable feeling that you knew you’d fall in love with them? Not exactly being in love and not exactly love at first sight, Koi No Yokan is something in between.

The Japanese conveys a sense of the inevitable—there’s nothing you can do to stop it; it’s going to happen whether you want it to or not!

An expression of encouragement or support, this word translates to “Add oil!” which means you are backing someone up and showing you’re on the same team.

At a sporting event or before a school exam, you might hear someone say, “You’ll do fine. Add oil!” The person who says it means to wish someone good luck but also show they are offering support. 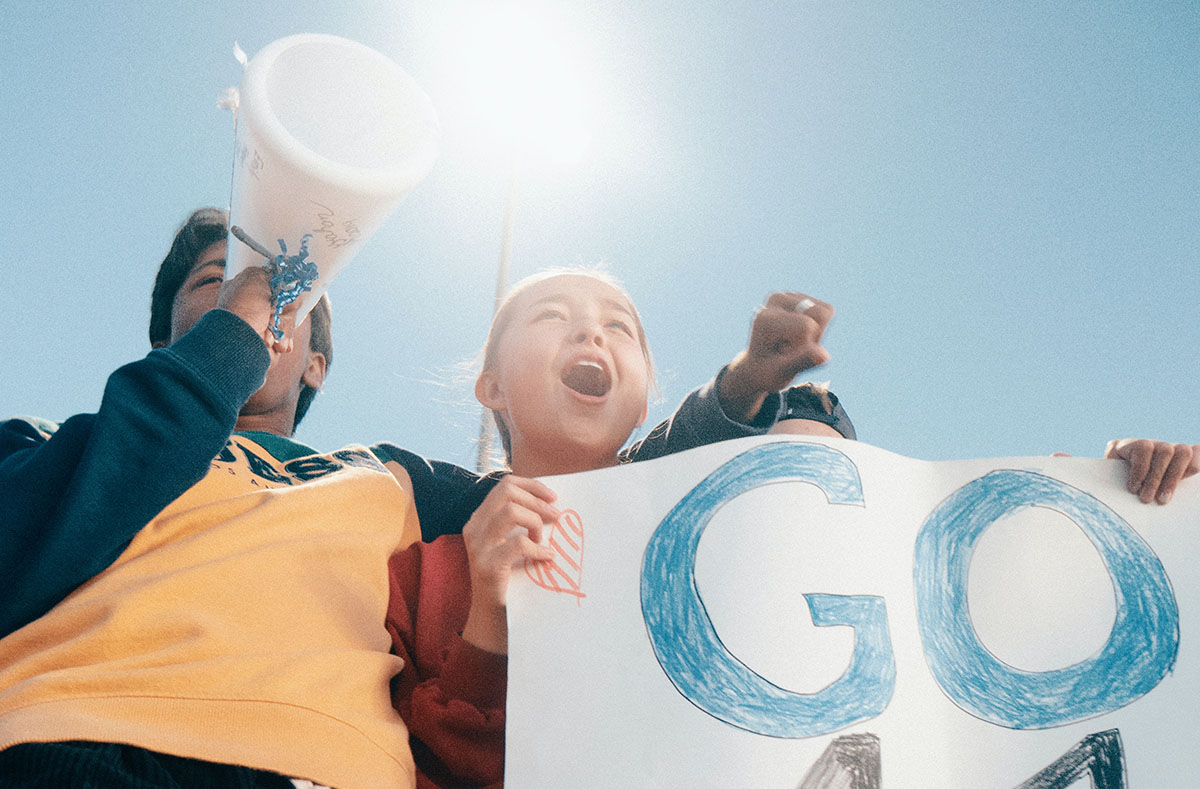 Literally translated as “door closing panic,” this phrase refers to the feeling that one’s window of opportunity is closing as one gets older.

That window could be for having a successful career, finding a partner, having a baby, or accomplishing something one wants to do before it’s too late.

This word means you’ve been moved or touched, or had your heart warmed, by someone. Specifically, it’s a story that has stirred your heart or moved you to tears.

It could be a story you hear from a friend, watch in a film, or read in a book. The emphasis on the story is what makes this term unique.

Explore some more profound words for feelings and emotions in Italian here.

Similar to “God willing,” this word translates to “if God wills it.” You might think of this as more of an expression than a feeling, but it conveys a feeling of being uncertain while hoping for the best.

You might say it to a friend this way: “I’ll be going home for the holidays—Inshallah” with two fingers crossed for good luck.

This is the atmosphere or mood of a situation. You could also translate it to “ambiance.” By combining it with different terms, you might say something like 갑분띠: 갑자기 분위기 띠용 or 갑분싸: 갑자기 분위기 싸해졌다 which both mean the atmosphere is suddenly ruined (turned cold).

A heart-breaking feeling—usually by being hurt by someone—that leaves long-lasting traces, visible in gestures and facial expressions.

This word translates to “life tiredness” and means basically what it sounds like. It’s the feeling of being tired or weary of life. It could be used when one is depressed, but also to justify some adventurous, out-of-character behavior that one wouldn’t otherwise partake in: blame the life-tiredness!

Meraki means doing something with passion, devotion, and creativity—in other words, putting your soul or self into something. It may be an artistic task, but it doesn’t have to be. The word is related to the Turkish “Merak,” or labor of love.

Forelsket is being in love, but specifically the ecstatic, all-consuming feeling at the beginning of a relationship when you can barely think of anything else. Thank the Norwegians for recognizing the nuance here, since this isn’t a feeling that lasts forever! 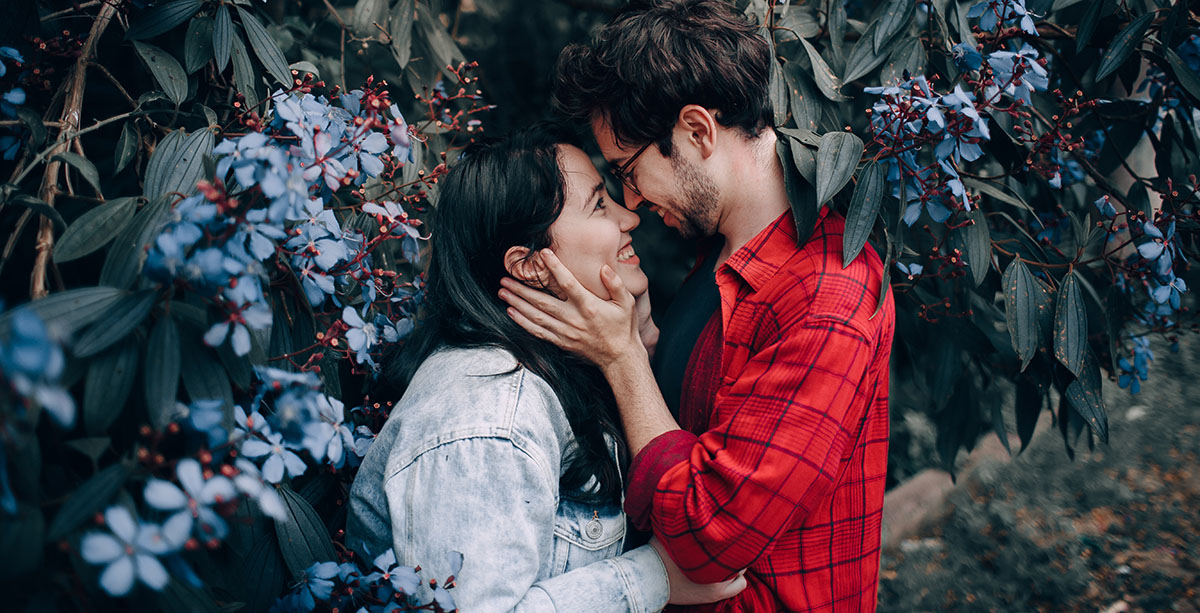 This one’s especially hard to translate though we all know someone who fits the description. Used as a noun, jijivisha is the intense desire to live (or continue living) in the highest sense of being.

You might hear a Hindi speaker using it to describe someone who lives their life to the fullest.

A state of well-being. It means to be content, to flourish, to be grateful, and live well. Considered by some to be a more useful word than “happiness,” Plato and Aristotle used it to mean something closer to “fulfillment” and to recognize that this state of well-being can accommodate moments of suffering and pain while remaining joyous.

The art of doing things calmly, without the need to rush. You can enjoy life and have a carefree attitude. It also conveys resistance to placing value on overworking and a refusal to get caught up in the rat race. 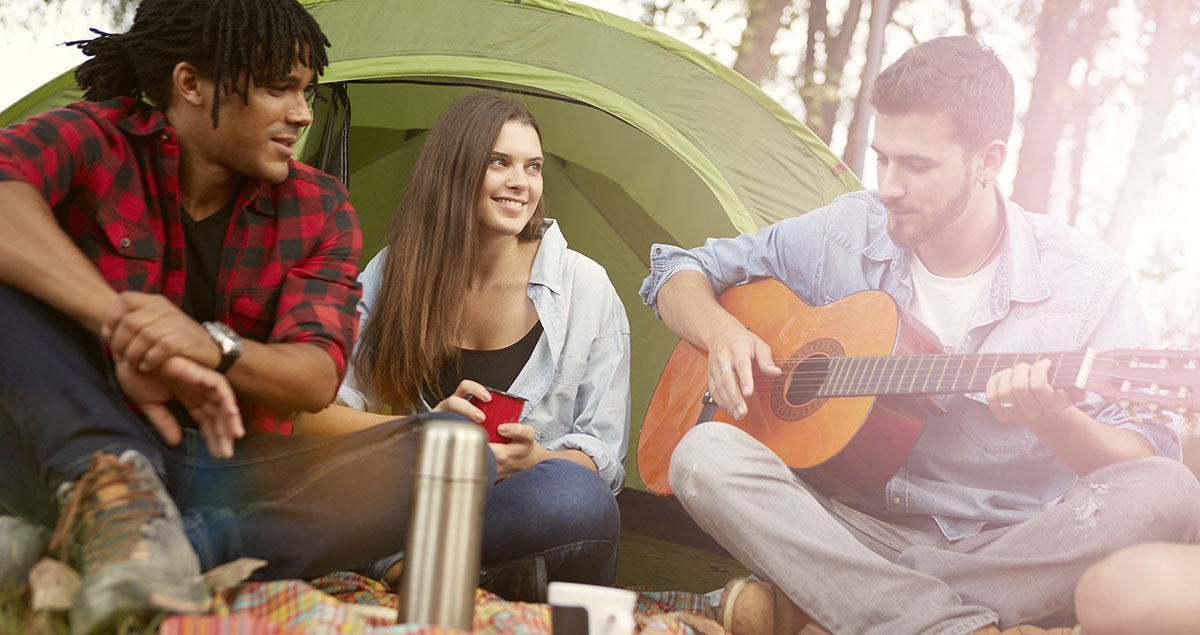 Literally translated as “world-weariness” or “world pain,” this term is now used to describe the melancholic feeling of being overwhelmed at the state of the world while being a part of it.

“Weltschmerz is the sense both that one is personally inadequate and that one’s personal inadequacy reflects the inadequacy of the world generally,” says Joachim Whaley, a professor of German history and thought at the University of Cambridge.

This term means deep sorrow, or “soul tumbling,” for example caused by someone’s death. It can also simply be a state of seemingly endless grief or emotional turmoil.

A state of agony or humiliation caused by a sudden glimpse of one’s own misery. A very specific emotion, it is also connected to a feeling of seeking revenge over whoever or whatever has caused one harm in order to even the score.

A state of jitters or nervous anticipation accompanying the time leading up to a journey. It captures the emotional mix of looking forward to the trip while also being a little anxious. We’ve all experienced it—but the Swedes actually have a word for it. 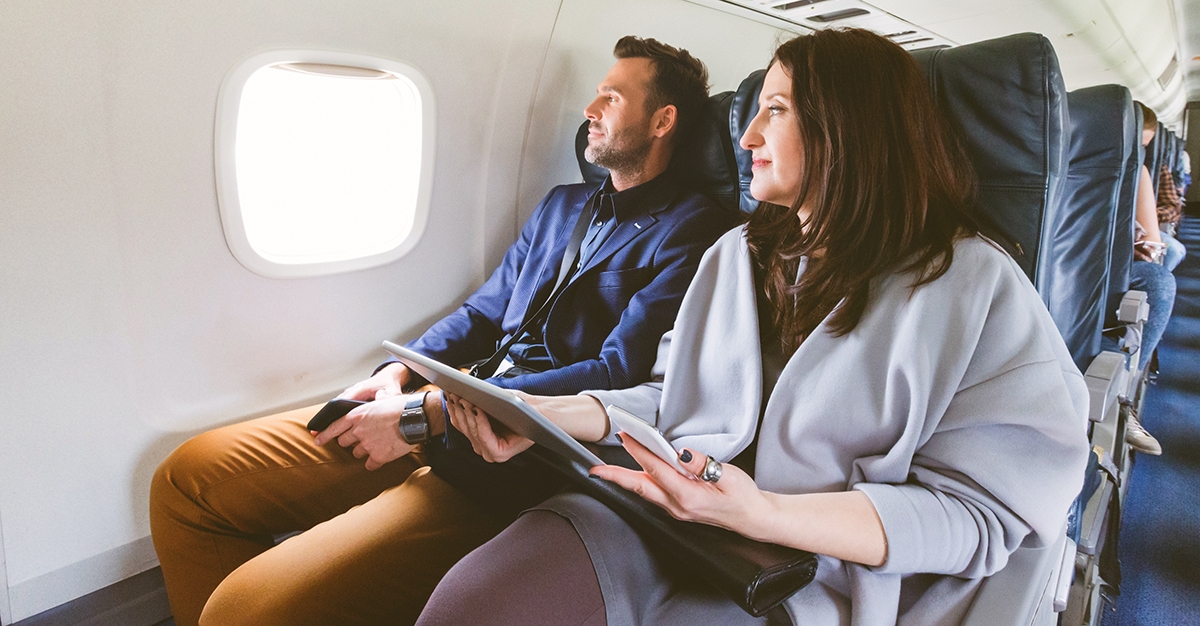 El duende is an emotional response to art. Any time you’ve seen an artistic performance and gotten chills—that’s el duende. It often encapsulates a response to both pain and pleasure, suffering and joy, reflected by the human condition.

Discover how to say more common and unique emotions in Spanish here.

The spiritual feeling that comes from being alone in the woods. It’s specifically a pleasant solitude, not loneliness, and a feeling of heightened connection to nature.

The Germans love their forests and landscapes, and this word is a handy way to express that appreciation.

From the Boro language of India, this word refers to the bittersweet feeling of loving for the last time, or realizing your love won’t last.

Maybe your love just isn’t meant to be forever or it’s time to move on. In that case, onsra is your emotion. Boro is a Sino-Tibetan language spoken in India, Nepal, and Bangladesh.

Showing courage and resoluteness in the face of adversity, sticking to your guns even when things get tough, relying on grit and determination to get through a task or period of time—these are characteristics that describe sisu. Finns themselves like to call sisu their national character. 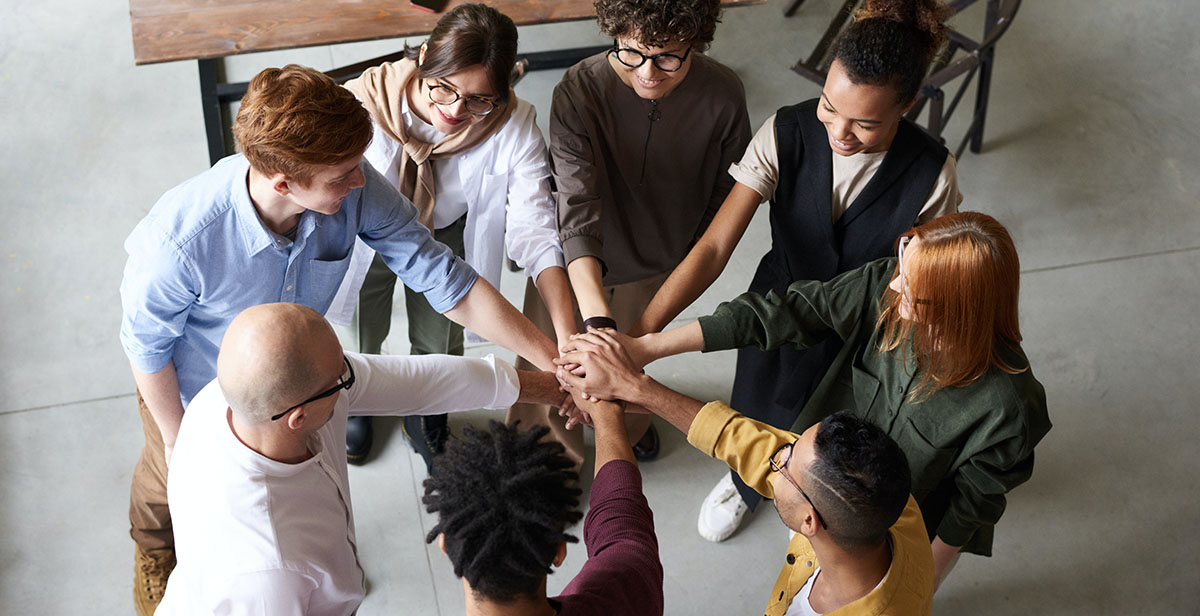 Acceptance of impermanence, transience, and imperfection. It’s a sensitivity to the ephemeral nature of life and objects, seeing beauty in this fact.

It is considered a Japanese aesthetic and inspires many disciplines, from the arts to media and technology.

Leave it to the Russians to create some of the most profound emotion words. Toska means great spiritual anguish without a particular cause, and the writer Vladimir Nabokov made sure to emphasize that no English word could capture its subtleties.

“In particular cases it may be the desire for somebody of something specific, nostalgia, love-sickness,” he wrote. “At the lowest level it grades into ennui, boredom.”

Once you’ve found the right word in another language, you can throw it into your English here and there. Or maybe you’re inspired by the expressiveness of that language and find yourself wanting to take a language course.

It’s no secret that English has an exquisite range of beautiful and unique words. Nonetheless, many languages offer richer emotion vocabulary than you’ll find in English, and if you take the time to keep learning, you may find interesting stories about these words that make you fall in love with an entire culture. You never know where you’ll end up once you fall down the language-learning rabbit hole.

How to order 13 delicious coffees in 12 different languages