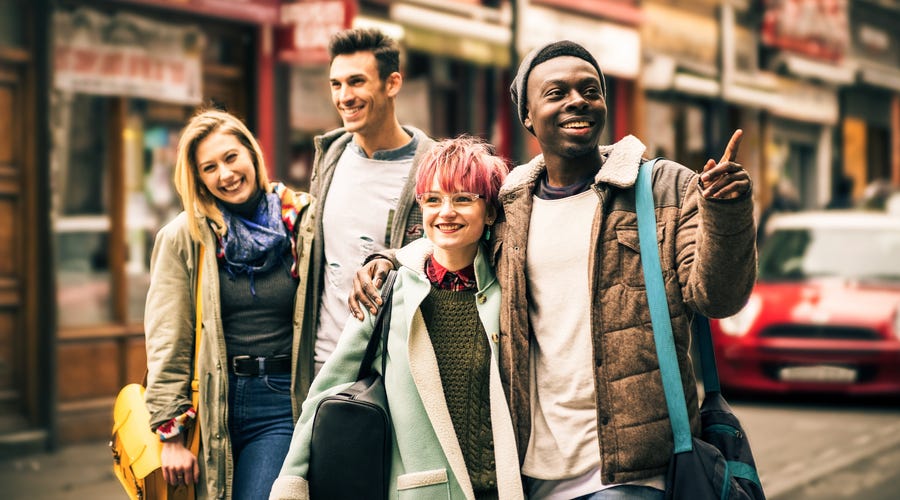 Have you ever wondered which are the most spoken languages in the world? Although there are currently more than 7,000 languages, only 23 cover more than half of the world's population.

This is not just a matter of statistics: it is a fundamental fact when planning a global expansion strategy. Whether for work or personal use, knowledge of other languages opens up new horizons.

Like Latin or Greek back in the days, English is today's universal language. It is the default language in international business, tourism, technology, etc.

A bilingual person, speaking Spanish and English, is able to understand 1 from 3 people who connect to the Internet (Internet World Stats, 2019). In addition, he or she can access 60% of everything published on the web (W3Techs, 2019).[FB2].

Mandarin is not really a language, but a set of dialects of the Chinese language. The fact that unifies these dialects under one name is that their speakers can understand each other.

Although 20% of those who connect to the Internet speak Chinese, little more than 1% of the content available on the web is in that language.

Hindi is, along with English, one of the 22 official languages of India, the second-most-populous country in the world. The linguistic diversity of the region (more than 1,600 languages coexist) explains the high rate of non-native speakers who use it as a lingua franca.

It is the second most spoken language in the world in terms of the number of native speakers. It is also the third most used on the Internet.

Its enormous colonial expansion took it not only to America but also to Africa and Asia. Due to migration, the United States is the country with the second-largest number of Spanish speakers in the world.

Colonialism allowed the French to spread throughout the world. Today it is the official language of 29 countries on different continents.

Arabic is the official language of 26 countries. Due to this territorial dispersion, it is actually a collection of dialects. It is also the liturgical language of Islam.

It is not only the language that treasures the enormous cultural legacy of the Arab world, but also a necessary tool for business in this part of the world.

Bengali is the official language of Bangladesh. It may come as a surprise that a language spoken in such a small territory should appear on a list of the world's most spoken languages. However, the fact is explained by the population density of that region. It is also spoken in parts of India and Burma.

Less surprising is the inclusion of Russian among the world's most widely spoken languages if we consider its territorial extension. It is the official language of four countries but is also spoken in all those that were part of the former Soviet Union. It is the language with the largest number of native speakers in Europe.

Portuguese is another of the languages that expanded during the European colonial period. Today it is the official language of 9 countries divided between Europe, America, Africa, and Asia. The greatest exponent in terms of territorial extension and number of speakers is Brazil. It is also the most widely spoken language in the southern hemisphere.

It is the official language of Indonesia, the fourth most populous country in the world. It is unique in that it is not the native language of most of its speakers. It is therefore a second language necessary for mutual understanding in a country where there are more than 200 languages.

Learn English fast with these 5 tips

Tips to learn a language online